Innovation, infrastructure, skills and investment were amongst the topics discussed at this year’s annual conference alongside market prospects and technology.

Kicking off the conference proceedings was broadcaster and journalist Nick Higham who has been the MC at several past CEA Conferences and CEA President Nigel Baseley.

First to take the stage was Sir Neville Sims chair of the Thames Tideway project which will be the biggest London construction project since the launch of Crossrail. Sir Neville said that construction work for the new 25 kilometre interception, storage and transfer tunnel running up to 65 metres below the river will begin in 2016.

Built from three main construction drive sites in Fulham, Battersea and Southwark, the Thames Tideway Tunnel is expected to take up to seven years to build, at a cost of £4.2 billion (2014 prices). It will require the use of 24 construction sites, 11 of which are located along the river bank.

Sir Neville also spoke about the project’s commitment to skills and how it will be one of the biggest employers in London. The project insists that 1 in 50 of positions filled must be by an apprentice, two of which attended the conference, and shared their experiences of being a Thames Tideway apprentice.

Stephen Spencer, human resources director at GKN Land Systems was the next speaker and gave a particularly inspiring presentation. He explained about a pilot scheme that is currently underway within the automotive sector called the ‘Automotive Apprenticeship Matching Service’.

The pilot scheme aims to attract and place 1,000+ apprenticeships per year at level 3. It will operate by working with high calibre surplus applicants to major OEMs and matching them with apprenticeship opportunities identified across the automotive sector. In layman’s terms this basically means ‘sharing and placing’ suitable but unsuccessful apprentice applicants – a cleaning house for apprentices! Delegates were all left wondering why this had not been thought of before and how this scheme could be adopted within the construction equipment sector.

David Phillips managing director, Off-Highway Research provided a valuable insight into the World’s Construction Equipment Market. Of particular note was China’s rapid decline and the country’s vast over-stock of construction equipment over the last five years – in fact 75% over capacity! David also predicted that India is looking at a bright future with a steadying government and confidence returning.

The global sales value of construction equipment in 2014 equated to $93.3 billion this is predicted to fall to $84 billion in 2015.

Dick Elsy chief executive of the UK’s High Value Manufacturing government-backed apprentice scheme Catapult talked about how Catapults are bridging the gap between business and academia, helping to turn great ideas into reality, by providing access to world-class research and development facilities and expertise that would otherwise be out of reach for many businesses in the UK.

Rapid progress has been made by Innovate UK in creating the Catapult network. Dick explained Catapult’s responsibility to utilise high-quality research and development facilities, in tandem with the construction industry, to turn ideas into commercial applications.

Nick Boles MP, Minister of State for Skills and Construction spoke mainly about the government’s commitment to apprenticeships. He told delegates that today’s apprentices are tomorrow’s business leaders so it is right we invest in securing their futures. By developing the skills of young people, businesses can boost their productivity, employees can harness their talent and we can reach our potential as world beaters.

Large employers will be ‘taxed’ to fund the government’s targets of 3 million apprenticeships. The Apprenticeship levy is designed to level the playing field so every big company plays their part in delivering new generation of skilled apprentices and industry-led training standards to meet their needs. Nick also said that the government is working closely with CITB.

Bill Quigley, head of Excavated & Bulk Materials HS2 Infrastructure Directorate updated delegates on the HS2 project. With a £42billion budget, delegates were keen to hear of the plant requirements for the project which spans 230km in length.

For phase one of the project is it estimated that 372 excavators will be required alongside, 124 dozers, 93 rollers, 302 dumpers, 636 ADT’s, 87 mobile cranes, 58 all-terrain cranes and 58 piling equipment sets.

Paul Hardwick, head of business development at Calor Gas spoke about the future of fuel technology and how Calor Gas could be introduced into Construction Equipment – a number of Forklft Truck manufacturers already manufacture LPG run Forklift machines – in fact 30% of the UK counter balanced forklift truck market is powered by LPG.

Paul also talked about the air pollution crisis in the UK London where diesel road traffic is responsible for 40% NOx emissions and non-road mobile machinery accounts for 14%. LPG delivers less NO2 than petrol and 80% less than diesel.

Nigel Baseley, president of the CEA and chair of the CEA Skills Advisory Panel introduced the latest CEA initiative – the CEA Skills Portal Toolkit – where companies can find advice on apprenticeship, funding, upskilling and outsourcing. Nigel also introduced the SEMTA Apprenticeship Service – A one stop employer solution for recruiting, developing and mentoring talented apprentices. Full details can be found on the CEA Website http://www.thecea.org.uk/skills/.

Primary Engineer CEO Susan Scurlock joined Nigel Baseley on the stage to accept a cheque from CEA for £2000 to help fund projects undertaken by the Primary Engineer organisation. Primary Engineer is a not-for-profit organisation established in 2005 by Susan. Its aim is to encourage young people to consider careers in STEM related professions. Susan believes that Science, Technology, Engineering and Mathematics are key subjects in securing positive opportunities and career paths for future generations, and that this begins in Primary school. Susan also supported the Plantworx Construction Exhibition ‘Student Day’ Initiative and has big plans for the 2017 event.

A full report on the CEA Annual Conference 2015 will be in the next issue of the CEA’s Construction WorX magazine coming soon. To subscribe for free contact Molly Stirling at molly.stirling@admin.co.uk . ■ 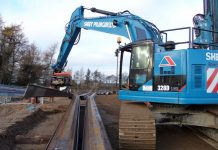 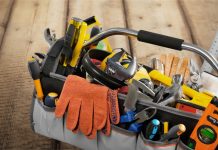 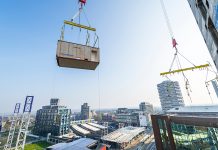 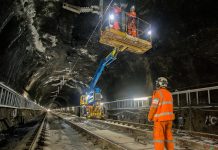 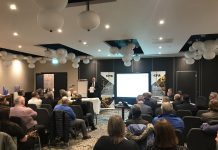 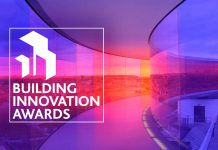 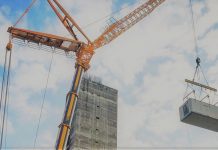 Britlift through to finals of SME National Business Awards