Cottee Parker is an Australian architecture and design firm that is currently the lead architect on the biggest project in the company’s history, the Queen’s Wharf Brisbane.

Queen’s Wharf Brisbane is a nearly $4bn mixed-use development set to open in 2024. It will include 2,000 apartments, 1,000 premium hotel rooms, 50 restaurants, a 1,000-person ballroom, 12 football fields’ worth of public space, as well as a casino and retail space.

Queen’s Wharf Brisbane is projected to create more than 8,000 jobs once operational and add 1.4 million additional tourists to the city annually.

“Queen’s Wharf is one of the largest projects in Australia,” said Naveen Dath, a Cottee Parker director and 25-year veteran architect. “It is a truly transformational project,” Dath added.

“I remember when we were doing the initial schematic design stage in 2015,” Dath said. “There used to be reams and reams of paper hiding underneath people’s desks.”

Cottee Parker’s paper-based workflow quickly became a challenge with such a complex project. “One of the biggest challenges was the sheer number of documents that I had to check,” said Charles Simons, a documentation manager at Cottee Parker.

“We normally go through a process of printing out every single sheet that’s going to be issued to the client,” said Steph Cook, a Cottee Parker architect.

This manual circulate-and-review process was time-consuming. Documents would sit on one architect’s desk for a day, with as many as 10 architects needed to review a set of documents.

Moreover, conducting such document quality assurance (QA) – the process of preventing errors in design documents before they are delivered to the client – on paper came with issues around legibility and accountability.

“Documents would get lost with just the amount of paper that is around,” said Erina Tibaldi, a Cottee Parker documentation team leader, adding that Queen’s Wharf will require nearly five times the number of documents than a normal office tower.

A few Cottee Parker architects working on other projects introduced the Queen’s Wharf team to BIM software, Bluebeam Revu. “We thought that we might be able to develop a system [with Revu] that made it easier for us to get through that [document review] process,” Simons said.

The challenge in the roll out, however, came with convincing the less tech-savvy team members.

“Our approach was to mimic the actual real-world workflow that we already had in place,” said Quinton Cooper, a development and training manager at Cottee Parker. “The paper-based workflow that people were used to – we were able to mimic that really nicely in Bluebeam Revu.”

This helped the team cut down on the amount of time it was previously spending circulating paper documents. With Sessions, team members in different locations were now able to annotate and comment on documents in real-time without having to transport them to different offices.

“The amount of time that it took was much, much less,” Cook said.

Before Revu, Simons said document annotations were taking the team a week or longer. After, that time was cut roughly in half.

“People can start working on my annotations while I’m still working on them,” Simons said of Bluebeam’s Studio Sessions.

Not having to print out so many documents has resulted in a huge cost savings for Cottee Parker.

For Dath, Revu has not only helped his team cut down on the time it spends on the project, but it also helps diminish the overall risk to Cottee Parker.

“From what I’ve seen, the ability to collaborate across individuals, across teams, across offices is a fantastic benefit that we get out of Revu,” Dath said. 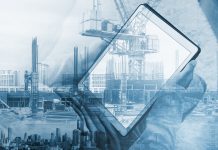 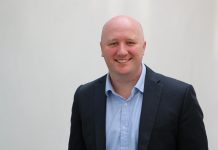