Phil Buckle, Director General of the Electrical Safety Council (ESC) reviews the changes to Part P of the building regulations and their impact.

Part P of the Building Regulations for England, which has recently been amended following a government review, is the only legal framework which protects the consumer from unsafe electrical work in the home.

Sub-standard electrical installation work in homes can seriously injure or even kill, and electrical fires often bring a huge financial, as well as emotional cost. Each week in the UK, 1 person dies from an electrical accident and well over ­a quarter of a million (350,000) are injured every year1. Government figures also show that almost half of all fires in UK homes – more than 20,000 each year – have an electrical origin.2

Part P was launched in 2005 to reduce the number of domestic accidents, deaths and fires arising from electricity. It was also seen as a way to improve competence in those undertaking electrical work, and increase the awareness of a duty of care from both contractors and householders. It is the latter, and not installers, who are legally responsible for any electrical work in their homes, yet the majority are unaware of this.

Originally, Part P required all domestic electrical work – with a few minor exceptions – to be either reported to the local authority building control department, or to be carried out by an electrician registered with one of the government-approved schemes. The work could include new circuits, a new fuse box, or extensions to circuits in kitchens, bathrooms and outdoors.

In December 2010, the government announced that it would review Part P, with a view to reducing the regulatory burden and improving compliance. A public consultation followed in December 2011 and a final report was published a year later, with most of the government’s amendments to Part P coming into force in April this year.

During the review, the ESC was at the forefront of the fight to maintain the regulation. As a charity, our core concern is consumer safety, but we understood the importance of balancing the consumer’s need for confidence in electrical work carried out in their homes and the industry’s desire to avoid unnecessary red tape. In other words, we saw the need to reduce the complexities of Part P without compromising safety. To achieve this, we worked with a range of stakeholders, from consumer bodies to industry groups, and developed a number of forums so a range of views could be heard.

There was a possibility that Part P might be completely scrapped, thankfully it survived, but there were however, some key amendments. The first reduced the range of notifiable electrical work, that is, work that must comply with the Building Regulations. Now, electrical work undertaken in kitchens, bathrooms, or outdoors, is no longer covered by Part P unless a new circuit is required.

The second major change – which is due to come into operation shortly, but may be delayed – relates to using a registered third party to certify notifiable work as an alternative to using a building control body. Previously, an electrical contractor undertaking work covered by Part P, but who was not registered with a competent persons’ scheme, had to notify their local authority’s building control department, who would determine if the work met the regulations.

The ESC welcomed the amendment allowing third party certification, which will reduce time, costs and inconvenience to consumers and contractors. But there are concerns regarding the reductions in notifiable work.

Both statistical data and anecdotal evidence indicate that kitchens and outdoors are high-risk areas that require a particularly rigorous standard of electrical work. For example, kitchen fitters may undertake some electrical work when installing a new kitchen, but the Part P Impact Assessment of 2004 noted that some of the worst electrical work at that time had been undertaken by these installers. Government figures show a high number of electrical fires originating in the kitchen – almost 15,000 in 2010-2011.3

The ESC also believes that electrical work outdoors should remain notifiable, as the effects of an electric shock can be far more severe outdoors since even when dry, the ground is a good conductor of electricity.

Part P will be reviewed in two years’ time, during which the government will gather evidence on the safety implications of these new amendments. In the meantime, we are committed to working with the Department for Communities and Local Government (DCLG) – the government unit responsible for the Building Regulations – and the competent schemes, to promote awareness of Part P to consumers and contractors alike.

We have also released a ‘White Paper’ on the changes to the industry landscape (such as the changes to Part P), which developed out of our Industry Summit in March of this year. The Summit was a milestone for the electrical industry in terms of taking a collaborative approach to policy issues. 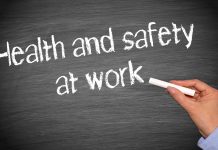 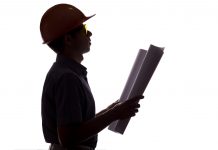 Building for the better