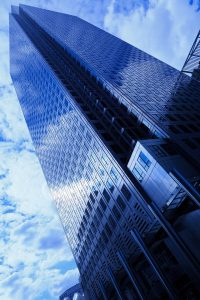 A lot has changed since then, not least in terms of why structures are designed and built. While Imhotep simply had to build a structure that would be fit for a pharaoh, modern structural engineers must ensure designs are suitable for an ever-increasing population. This poses a fundamental challenge for the structural engineering industry and society as a whole. The global population is growing at an unprecedented rate. According to UN statistics, worldwide population increased by 20% – from six billion to seven billion – in the 12 years from 1999 to 2011 alone.

That growth would indicate that, by 2100, we might expect to have a global population of over 14bn. By taking other factors into consideration, the UN has made a slightly more modest projection that 2100 will see world population peak at 11.2bn. In either case, such a population puts a considerable strain on resources and living space – something we are already observing.

The concept of urban swelling has been borne of this population growth, highlighting the fact that urban areas and cities are more densely packed than ever before. In fact, most cities now have populations that are several times larger than the entirety of Imhotep’s Egypt, which historians predicted to be about half a million, according to Simson Najovits’s 2003 book, Egypt, Trunk of the Tree.

The growth has not gone unnoticed. In 2013, British television presenter Sir David Attenborough stated that there simply was not enough space to inhabit and sustainably grow food. Structural engineers are therefore tasked with designing buildings that safely allow us to make best use of the space we have.

This involves increasingly complex structures that conform to strict design and safety regulations, which involves extensive design analysis and testing. As such, the industry needs a high number of talented and qualified structural engineers who can facilitate a future dependent on infrastructure.

Unfortunately, this is where the industry finds its first big challenge. The global engineering industry is widely reported to be in the midst of a STEM skills shortage, which for structural engineering is reinforced by a changing way of working. 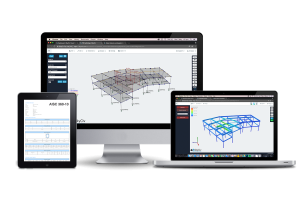 Younger engineers are adopting more online-based learning methods, which is indicative of the changing ways that young people learn. A recent survey found that most young people prefer to read and study using a screen, so it stands to reason that younger engineers entering the industry have a similar predisposition to digital learning.

Unfortunately, most structural engineering software is unable to effectively support this learning style. With significant costs associated with licence purchasing, engineers are limited to using educational copies only during lesson periods. This substantially impacts the time engineers can spend learning on, and getting experience of, the software and design process.

However, we are currently witnessing a paradigm shift in structural engineering that is seeing analysis and design software move to cloud-based platforms, such as with SkyCiv’s software suite. This makes the software more accessible to younger engineers as it significantly reduces the associated cost and hardware requirements, which also makes it more inviting for experienced structural engineers to design and electronically test designs.

At the same time, cloud computing also opens up a new way of streamlining the design stages for experienced structural engineers and consulting engineering agencies.

Just as Imhotep was instructed by the pharaoh to construct his pyramid, modern structures are commissioned by individuals, companies or governments. Whether an engineer operates as a freelance or as part of a consulting agency, projects will always be undertaken on behalf of clients.

The process of designing a structure to meet regulatory standards is one thing, but designing it to a standard that meets client expectations and specifications is another. Many structural engineers find that the back-and-forth process of design adjustment and approval is one that adds a substantial amount of time to projects.

This goes hand-in-hand with the collaborative nature of most projects, particularly those undertaken by teams of engineers. The ability to share designs efficiently between various parties is one that cloud computing can provide to a greater degree than traditional structural engineering software.

For example, a US-based junior engineer may design a steel structure to regulatory standards in AISC 360-16 design software but still needs to have the design reviewed by their manager. The manager can easily access the design from a browser and review it, provide feedback and make adjustments in a quick and efficient manner.

The same is true of clients, who can easily view the file and suggest changes far quicker than with traditional software. With the design process streamlined, the overall project time is reduced and the structure can contribute towards housing the population far sooner.

While these solutions are now available, wider adoption across the structural engineering sector is necessary to truly overcome the challenges of skills shortages, collaborative working and software availability. Engineers must therefore embrace the cloud and the possibilities it brings to ensure the industry continues to meet the demands of the future.