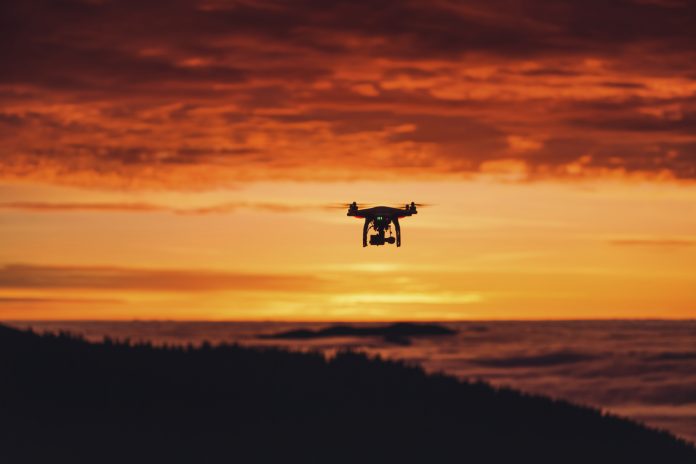 Robert Garbett, founder of Drone Major Group and chairman of the Drone Delivery Group, discusses the development of the Phoenix Programme and industry-led efforts to accelerate commercially viable, scalable and environmentally sound drone services for the UK

As the world wakes up to the significant benefits drones will bring to our lives, it is only natural that inventors, entrepreneurs and investors are now looking at every angle to exploit the technology’s potential.

Regrettably though, in a rapidly moving sector such as drone technology, there is still a lot of confusion about what a drone really is that has led many companies, organisations and the media to believe that a drone is simply a small spider-shaped thing which delivers a bottle of beer, an espresso or a pizza!

A drone is actually any unmanned (meaning no pilot or driver on board) system which is remotely or autonomously controlled.

When reading that sentence, you will notice that it does not mention air anywhere. For clarity, this is the official definition of a drone as published by the International Organisation for Standardisation (ISO), and it was created deliberately to encompass all unmanned systems of all shapes and sizes operating in any environment; surface (ground and maritime), underwater, air or space.

It includes everything from humanoid robots to driverless cars, ships and submarines, aircraft, spacecraft and even the little devices that hoover your floor automatically while you are out.

In November 2018, a group of 64 senior drone industry stakeholders, convened by Drone Major Group met at the London City Hall to address the key issue of how the commercialisation of the UK civil drone industry could be achieved.

At that time, despite an apparent growth in the use of small, unmanned air systems (sUAS) for photography, filming, surveys and as aids to construction, many in both industry and government were frustrated at the lack of a coordinated UK approach to the growth of an industry which clearly had huge potential if commercialisation could be enabled. Those founding attendees agreed to form the Drone Delivery Group to present a unified voice to government in the form of a White Paper.

In July 2020, the group, now 400 strong, issued the first White Paper to Government calling for a pathway to commercially viable, scalable operations using drone technology on an industrial scale.

Quoted in the House of Lords during its debates on the Air Traffic Management & Unmanned Aircraft Bill, the White Paper represented the views of potential users of drones across UK industry. It has since had a significant impact on the trajectory of the industry in the UK through the birth of a programme designed to implement its core recommendations.

Commercial drone activity in the UK has not progressed much over the last six years beyond an increasing number of isolated trials. Unfortunately, despite the incredible effort put into their organisation, government-funded trials do not often lead to adoption by industry due to the high cost of implementation and lack of focus on the end user, so this approach is simply not sustainable or productive in the long run.

The unique approach created and developed by a team of leading industry experts is very different. The Phoenix Programme not only complements government-funded trials and research by providing a route for all such work to be used in working towards the delivery of scalable, commercially viable services, but is designed specifically to meet the requirements of industry, delivering real commercial opportunities for an industry reliant on government funding and seeks to engage with all stakeholders, including the public and education community.

The Phoenix Programme now has several projects to its name, codenamed Phoenix, which have been requested to establish commercially viable, scalable and environmentally sound drone services in support of a wide variety of sectors and geographical areas. Phoenix I is a perfect example of how and why this approach has been received with such anticipation and enthusiasm.

Phoenix I is a large-scale operational drone implementation project focused on the needs of both the regional government and a range of industries in the Liverpool City Region area.

The project, which is expected to last at least five to seven years, was established after extensive research conducted in consultation with key local stakeholders that were keen to be involved in the project, including Peel Ports Group, LogisticsUK, SP Energy Networks, Cammell Laird, the Manufacturing Technology Centre (MTC), the Growth Platform, Liverpool John Lennon Airport, the University of Liverpool and Liverpool John Moores University among others.

The roadmap for the project, which has now been agreed by all stakeholders, sets out a series of initiatives to establish services in support of clean ports, decarbonisation and environmental monitoring, urban and maritime logistics, port operations and security, asset security and community support.

Although in its early stages, the first Phoenix project is well underway in Liverpool, setting the standard for all subsequent projects and forming the basis for a programme that will revolutionise the use of drone technology in the UK and beyond.

As it rolls out into other areas, the Phoenix Programme is set to deliver a huge range of positive impacts in the realms of industry and commerce, the delivery of public services, employment, skills, education and the environment by helping the UK to meet its commitments towards a zero-carbon economy.