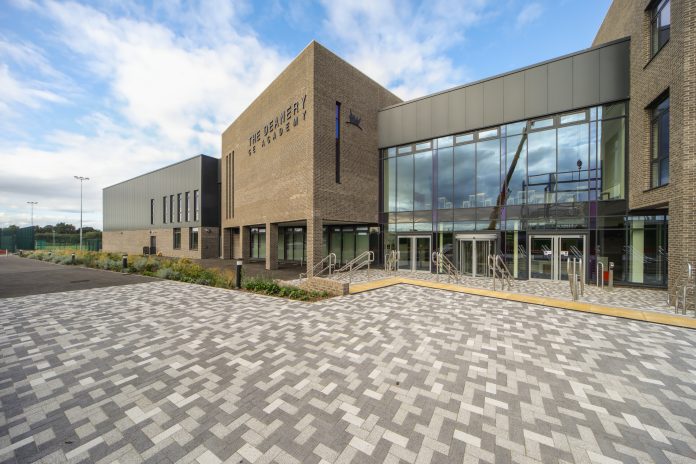 Building Information Modelling was at the heart of the construction of the 1,600-pupil Deanery School in Swindon, built as part of the government’s Transforming Construction Strategy

In September last year the Deanery Church of England Academy, Swindon, opened its doors to 1,600 excited children – the first cohort to enter a fantastic new school.

Linda Culling, the school’s principal, describes the facilities as “amazing” – there are cutting-edge science labs, a 440-seat theatre, specialist workshops for graphics, an indoor sports hall with a viewing gallery, a food court and a chapel. The local community will share in the use of many of these.

The construction of the school is in line with the UK government’s Transforming Construction Strategy and an example of how the Department for Education (DfE) is benefiting by adopting Building Information Modelling (BIM) across its capital delivery programme.

Thayla Zomer, a Centre for Digital Built Britain (CDBB) researcher, went to explore how the use of information management processes and technologies enabled the project to be delivered on time and under budget.

Information management processes and the use of technologies led to many benefits in this project, with the team estimating direct cost savings of more than £50,000. Other indirect savings were also identified.

Derisking the design had a huge impact on the delivery and quality – a week’s delay could have cost £15,000, which was avoided because of better information management and use of technologies to support decision making.

BAM Construction was appointed by the DfE as design and build contractor, the design team consisted of AHR Architects, Hydrock Structures and Hydrock Building Services Engineers. The project team designed the school in close consultation with the DfE and the Diocese of Bristol Academies Trust.

In keeping with the DfE’s commitment to digital transformation, BIM was placed at the heart of the project. There needed to be a central resource of information – and by managing information and using BIM technologies they were able to collaborate efficiently.

At the initial design stage, 3D tools were used to provide a powerful design visualisation, allowing the client to examine the equipment going into the design and to understand how they would interface with the rest of the building.

This early engagement between client and the project team allowed for correct specifications, a clear brief and a clear vision of what the final users wanted the classrooms to look like and how they would function, as well as the building’s overall structure. This resulted in just five variations during the project and a saving of around £14,000 against the contract sum.

The furniture designers were able to place their designs directly into the BIM model, giving contracting parties better information when setting prices. Additionally, the insight into the building structure provided by 3D modelling allowed BAM and the subcontractor to design the mechanical and electrical installation to avoid clashes and optimise buildability. 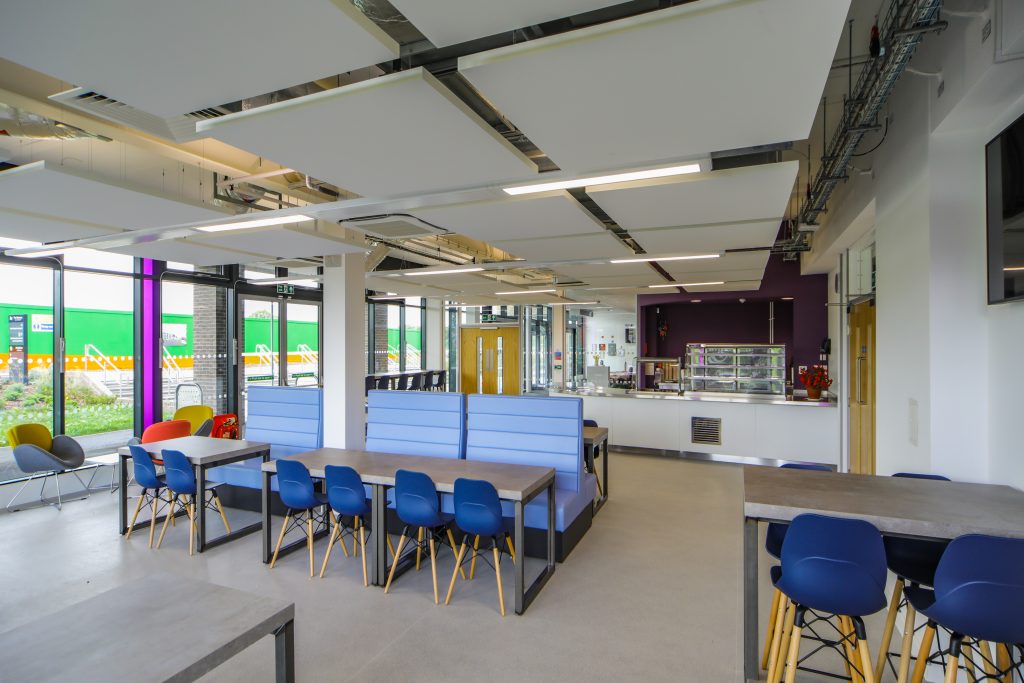 According to the project team, digital models and information management processes were key to saving time, largely because they had the information they needed to make decisions.

The project team made comparisons with a similar school build that was not a building information modelling project: windows were not sized correctly because of a measurement error caused by reliance on less coordinated 2D information, which would not have occurred on a BIM project. Likewise, the contractors lacked proper information and had issues with furniture suppliers. In contrast, the Deanery project team hasn’t had any of these issues therefore avoiding the need for rework and redesign. The information model supported decision making throughout the project.

The project manager explained that they received a high level of information and detail. He added: “This is what you would hope and expect when you are making these kinds of decisions. It was all readily available, and that’s potentially something that BAM has taken on board that didn’t work as well on another scheme.”

Having the right information to hand was again mentioned as a big benefit to site managers who said having access to the models in the field helped them be more proactive on site as they were able to answer their own questions.

Site managers also spoke enthusiastically about using 3D models to save time. An example they highlighted was how the 3D models demonstrated a number of roof levels and a complex arrangement of junctions. The roof was rationalised to simplify its construction, reducing the time to reach the initial deadline. BAM identified roof areas that did not require permanent access, reducing the amount of access facilities to be designed and installed. Through a mix of design and buildability workshops, BAM rationalised the roof, ending up with three levels as opposed to five or six. Using building information modelling saved at least one week of work on this activity compared with the conventional process.

Having 3D information also reduced the need for 2D drawings, accelerating the coordination process. Video conferencing allowed decisions to be made live in a 3D environment, reducing the need for travel.

Handheld devices displaying 3D models were used for site inspections, saving time and avoiding the need for communication by email. About 5,000 issues were raised during the project. Working in the 3D model made the process of resolving these issues more efficient, with large time savings.

Further time savings were achieved by using automated quantity take-off software: It took five minutes to quantify all the brickwork on the job; traditional methods, using scale drawings, would have taken a couple of days. Straightaway, it elicited big savings, with the confidence that it was accurate, it also helped BAM check against supply chain quantities.

Use of the 3D model allowed the project team to identify several clashes, avoiding extra expense. The team found about 600 significant coordination issues within the project. According to BAM, it would have cost an average of £2,000 to make each change on site.

In addition, they estimate the total quantifiable savings at nearly £60,000. This doesn’t count the large amounts saved from other time efficiencies and risk mitigation.

The clash detection process was particularly helpful in cost savings. For example, BAM used it to identify that there was a clash between the optimal locations of the wind bracing and architectural elements. There was also a need for wind bracing to remain until late in the programme. The team did not want to make return visits to remove this bracing, so they identified locations where it could remain in position permanently. This was estimated to provide £5,000 in savings.

Digital technologies helped to reduce material wastage through better design. According to BAM, the condensing pipes had long, complex routes through the building to their final outlet positions, and the team identified and viewed this in the models, which allowed them to choose an alternative outlet position, and a shorter route. This reduced both the material cost and the cost of acoustic and fire-protection treatments through the partitions.

Using building information modelling to its fullest potential means that all those involved can rely on information models throughout the construction process, making large, complex projects less risky.

In the case of Deanery school, BAM estimated that a week’s delay could have cost £15,000. Mitigating risk and problem solving through BIM 3D and 4D modelling helped avoid unnecessary costs.

For BAM, the 3D models made certain risks more visible and easier to explain, while also helping to identify health and safety risks. The visualisation capabilities were particularly valuable from a maintenance perspective.

BAM’S digital manager, Keith Wildin, explains: “Having a 3D model allows you to physically circulate around an asset. It’s not simply a case of ‘will something fit in that space?’ It’s ‘can a person safely access the space and actually perform the maintenance task?’”

The Deanery School illustrates how a collaborative approach to information management processes with supporting digital technologies can help deliver construction projects on time and within budget. And for the school, the benefits are ongoing – BAM provided COBie asset data that is being used by the school’s Computer Aided Facility Management System (CAFM System). They now have a digital information model to support operations and buildings maintenance and they can also share their model with other trusts and the DfE, enabling lessons to be shared.

The biggest winners are the Deanery school students. As Ms Cullings, the principal, said: “There are a lot of amazing facilities here and I will never let any of them go to waste, we’re going to make the most of them and want people to use them as much as possible. We want this to be an exceptional school that helps students live life in all its fullness.”