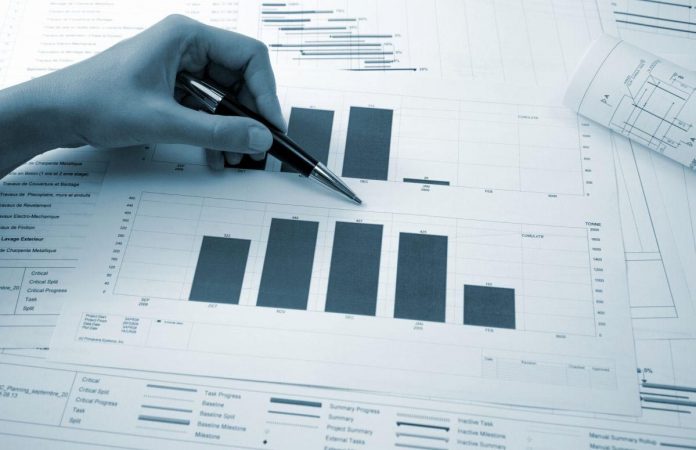 Global standards and classifications that allow more consistent international use of BIM models will lead to better data collection for both space and cost prediction as explained here by Alan Muse, Global Director of Built Environment Professional Groups at the RICS

Cultural change and technological innovation are axiomatic. In the built environment, Building Information Modelling (BIM) and ‘big data’ promise much, but they have to overcome global industry challenges and fragmentation.

Various studies have shown that improving project performance is only possible by improving decision-making at each stage of the project lifecycle. In turn, decision-making can be improved by providing the right information, in the right form, at the right time. Hence, developing standards for this information is crucial. Of course, we need open data standards at an Information Technology (IT) technical level. In addition, however, we also need standards for the professional work processes for those populating the BIM model(s) – particularly regarding the business management of the project.

However, information is like turning on a fire hose. It can quickly overwhelm you. It, therefore, needs defining in accordance with what decisions are made at each stage of the project lifecycle. Defining information needs is critical.

Decision-making has always been a major topic of research in the field of the management of construction. Recent trends (such as the push for sustainability, the increased desire for public engagement, and the globalisation in construction) have influenced the environment under which decision-makers work. Consequently, the models of how decisions are formed and made should adapt to that change. Decision criteria have evolved from focusing on the technical and objective to soft and subjective aspects of construction. A general migration from models with pure deterministic nature to (fundamentally) probabilistic models with stochastic approaches is noted. The complexity of engineering problems has resulted in a shift from judgmental to rational selection techniques. Interest in softer and subjective issues (such as sustainability) and the increasing number of (diversified) stakeholders have promoted the application of emergent-based selection methods, particularly in infrastructure projects. These changes suggest a trend for more focus on technological development and networks, managing the evolutionary (and possibly, chaotic) process, and harnessing the collective intelligence of users to generate innovative solutions.

Decision-making in construction projects involves the management of multiple interrelated components such as quality, space, time, and cost. Uncertainty associated with each of these parameters, and the evolving relationships between them within the constraints of time, cost and space are at the root of complexity in project management. Accounting for this complexity is critical to effectively plan for contingencies and test the usefulness of alternative decision-making strategies. However, predicting the consequences resulting from such complex behaviour is difficult as they are often emerging within dynamic contexts.

A simple way to avoid making the wrong decisions at the wrong time is by establishing a series of project gateways at which the project team compile information describing the project as it stands, the client assesses that information and either asks for changes or approves it and gives instructions to progress to the next stage.

At each of these stages, certain aspects of the project may be ‘frozen’ and change control procedures introduced for those aspects. For example, at the end of the concept design stage, the project brief may be ‘frozen’. Freezing the project brief means that it can only be changed with the explicit agreement of the client, and then only when the cost implications and the disruption of the change have been evaluated and accepted, and the change recorded.

By adopting a process of progressively reviewing and approving aspects of the project, it moves forward in a controlled way. If this strategy is not adopted, the client and project team can lose focus, uncertain of what has been decided and what has not and unable to make progress. There can also be ‘scope creep’ where instructions are given without a proper assessment of whether the instructed work is included in existing fees, whether it has been authorised, or whether it is a sensible use of the client’s funds.

To ensure projects are properly validated and controlled as they develop, data is extracted from the evolving building information model and submitted to the client at key milestones. This submission of data is described as a ‘data drop’ or ‘information exchange’.

Generally, data drops are aligned to the project stages described above, and the information required reflects the level of development that the project should have reached by that stage. This might be considered analogous a stage report on a conventional project.

Business practices are increasingly demanding global rules. This is required in the accounting arena, with international financial accounting standards. With 70% of global wealth in land and property, measurement of space in property and standards in construction cost are prime candidates.

International Property Measurement Standards (IPMS 2016) have already been established as a coalition of bodies to agree, sector by sector, international standards for floor areas used in valuation, property management and construction. At present, the way property assets – such as homes, offices or shopping centres – are measured varies dramatically.  For example, in some parts of the world it is established practice to include common space (lift shafts; communal hallways, etc.) in floor area measurements; in others, off-site parking might be included or even swimming pools. With so many different methods of measurement in use, it makes it difficult for property users, investors, occupiers and developers to compare space accurately.  Research by global property firm JLL shows that, depending on the method used, a property’s floor area can deviate by as much as 24%.

Similarly, there are difficulties in comparing the cost of construction projects on an international basis. Surveys carried out by the RICS, and the European Council of Construction Economists (CEEC) of cost consultants in 40 countries have shown that:

BCIS (2009, p.4) concluded in its survey: “Although there are countries with quite complete cost related standards and information sources, there appear to be many more where the quality of published guidance and cost information falls short of what local professionals might wish”.

Accordingly, more than 30 professional bodies from around the world met at the beginning of June 2015 at the International Monetary Fund in Washington DC to launch the International Construction Measurement Standards (ICMS). The ICMS Coalition was established by non-profit organisations representing professionals in more than 140 countries. Collectively, the group aims to harmonise cost, classification and measurement definitions to enhance comparability, consistency, statistics, and benchmarking of capital projects.

Progress with these two projects has been impressive.

IPMS and ICMS relate to each other as essential global benchmarking data classifications. Buildings are often compared and analysed on a cost per unit of measurement basis (per square metre or square foot) and therefore, used together, these standards remove inconsistencies and opaqueness from international comparisons.

This paper considered how decisions typically made through the project lifecycle, the technological change that is upon us and how this is likely to develop to support decision-making. It shows the need for unified and harmonised international standards and why standards will provide the discipline to drive further improvements in industry performance. The paper illustrated how technology improvements and standards together can be transformational.

While the International Property Management Standard (IPMS) allows consistent measurement of space in buildings, which feeds into both value and cost, the International Construction Measurement Standard (ICMS) will create a framework for a standard system to classify and cost construction projects. Thus, value and cost decisions are made on the same measurement and definition basis – governments, clients, property and construction professionals can talk the same language both across sectors and across national boundaries.

Both IPMS and ICMS are essential global classifications to allow more consistent international use of BIM models. In turn, this will lead to better collection of data for both space and cost prediction and, ultimately, machine learning. As BIM, Big Data and Smart Cities begin to merge as concepts, standard classifications will assume an even more important role to make sense of the deluge of data.