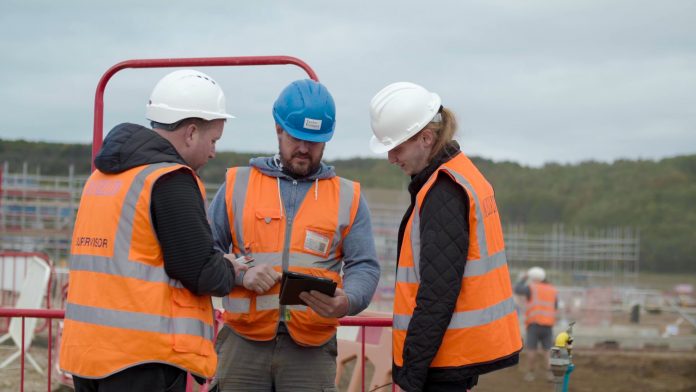 Re-flow is an award-winning, digital field management solution that empowers construction businesses to seamlessly unite field operatives and back-office staff with a centralised system, putting field managers in control and their team to work.

Following a period of rapid growth, the company recently closed another successful oversubscribed funding round. Investors, including Ashley Warden and Simon Penson, among many others, are once again backing founders Michael Saunders and Leandro Wade, who have now been helming Re-flow for four years, further cementing its commitment to support the company’s growth, as demand for its services increases.

“Re-flow is taking the UK construction industry by storm. The team at Re-flow continues to do a fantastic job of creating and fostering a digital solution with a toolset that’s been developed alongside the industry and the professionals that make it what it is, making it highly relevant. I think that’s the secret of their continued success and why we’re seeing such a demand for Re-flow.” Ashley Warden Investor 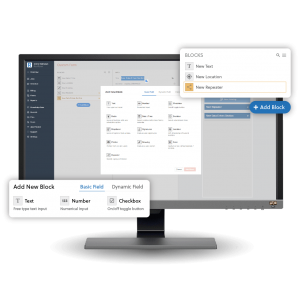 This investment follows a very successful year for Re-flow, which now boasts numerous clients in the construction sector, including M.V. Kelly and Colas. The constant addition of major new features shows that the company has no intention of slowing down development of its software, or its growth as a business, consistently expanding their team over the past several months.

“Field management software, as an industry, has seen incredible growth in the past few years, with the inevitable demand for comprehensive, digital solutions rising to a level we’ve never seen before. When Re-flow entered the market, it was clear that their team’s approach was unlike any other offering and with the company’s explosive recent growth, it’s clear that prospective clients are picking up on this too. Re-flow is well and truly on the path to becoming a market leader, making it an easy decision to keep backing the company and its team.”

The additional funding will support the ongoing development of the Re-flow system, including the rollout of new features, allowing the development team to focus its attention on implementing long-requested additions and build off the continued feedback from clients. The additional resources also mean that Re-flow’s digital infrastructure can expand, making way for additions that can be larger in scope and complexity than ever before.

The first of these new features aiming bolster Re-flow’s toolset is the simple yet powerful new form builder. Understanding how crucial forms are to the construction industry, the team at Re-flow also understood their shortcomings – with a mass of forms comes a mass of paper, printing, storage and transport – all entailing their own respective costs and problems. For years, a vast catalogue of digital forms has been a staple of their software but they knew that the needs of their clients would soon outgrow it. Users needed the ability to implement bespoke forms that fit their business.

“From the outset, our goal was to create a form builder that was both powerful for experienced users, yet simple for newcomers. The challenge in terms of design, is these goals can often be mutually exclusive.” George Meredith Technical manager, Re-flow 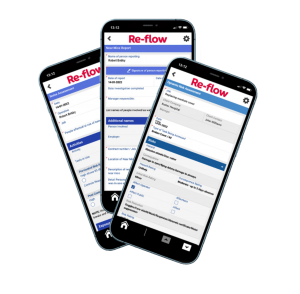 Part of the wider Re-flow vision has always been to give users the power to build their own forms, with no limits on simplicity or complexity; the power to create forms that fit the business needs of their clients exactly how they wanted. Allowing them to collect the data they need, the way they need it.

The intuitive block-based system means users can start building simple forms within seconds. Don’t mistake simplicity for a limitation, however – that’s where the power of the new form builder lies. Users can mix and match a wide variety of fields and functions to build general forms suited to everyday work or expansive ones for the most specific of tasks. Submitting a form can trigger email notifications or change statuses within the system’s records. Actions enable users to carve their own automated process, to the point where it can even create work events or new jobs.

Complete customisability doesn’t just extend to the forms themselves – users have complete control over how captured data is displayed when exported, with the ability to share and display data to their team and clients their way.

“Our form builder enables our clients to build their forms, and edit how that form generates as a PDF, after submission. With the PDF you can hide or show the data collected, so you can present it exactly as you need it.” Robert Turland Head of support, Re-flow

Leading up to the public release of the new form builder, the feature underwent extensive trials with a select few of Re-flow’s existing clients to ensure it met the high standards of quality the company strives for and now it’s finally available to all current and future Re-flow users for no additional cost.

“The form builder is very simple to use, we managed to build several forms with the new interface, which is very intuitive and straightforward. The ability to build forms quickly at no additional cost means we can react to additional changes in our processes, where we might need to record specific data, and have control on the type of data we want to capture and audit.” Andy Kearns Projects lead, Opals Group

For years, business in construction have been using Re-flow to save time and money through eliminating paper and digitising their workflow, allowing them to create, schedule and track jobs through to completion, improve health and safety reporting through increased auditability, easily capture powerful, live data that allows them to identify the challenges and opportunities ahead, and much more. Now, their constantly evolving suite of features grows even greater.

Please note: This is a commercial profile