The road map highlights the actions the council is looking to take over the coming months, while a City Sustainability Strategy is developed with partners and is due to be published next year.

Members of the policy and sustainability committee will consider the road map at a meeting on 25 October 2019.

Council leader, Adam McVey, said: “Achieving carbon neutral status by 2030 is no mean feat and it’s going to involve a Herculean effort by public bodies and partners right across the city. The scale of the challenge is huge, but what our work to date has shown is that this is achievable.

“By investing in the right choices as a council and encouraging other public bodies and private businesses to do the same, the next 11 years can deliver a climate secure future for the Capital.”

Depute council leader, Cammy Day, explained: “It’s great to see this plan for immediate and short term actions coming forward and it just goes to show the huge amount of work that’s already been done since we made our ambitious climate change pledge earlier in the summer.

“Edinburgh is ready to be a leading carbon neutral city and I look forward to working with all our partnerships to achieve our ambitions.”

The commission is being established as part of the Place-based Climate Action research project and is scheduled to be launched in December this year.

McVey added: “Tackling climate change and our city carbon emissions is a shared responsibility that must be driven by a strong citywide partnership.

“The Council continues to show much-needed public leadership on climate action by co-sponsoring a Climate Commission in Edinburgh which will build on the positive experience of other cities in the United Kingdom such as Leeds.”

Jamie Brogan, head of innovation & skills at ECCI, said: “Our research shows that bringing together a diverse range of organisations and actors to establish a Climate Commission as an independent voice on climate change can really inspire and inform place-based climate action.”

The committee will receive an update from academics working with ECCI to describe the city’s current carbon footprint, as well as a range of reduction scenarios across the public, commercial, industry and domestic sectors.

Planning is also under way for an Edinburgh Climate Conference and Youth Summit to be held in the Capital, alongside a series of workshops which will specifically target questions facing the city.

The Council will also be launching a citywide conversation with the public in November, which will be the beginning of a wider effort to engage and collaborate on climate action.

This engagement will inform the City Sustainability Strategy. The strategy will be a partnership document that sets out how the city will tackle climate change and achieving a carbon neutral Edinburgh by 2030.

The council’s immediate action plan for a carbon neutral Edinburgh includes proposals to: 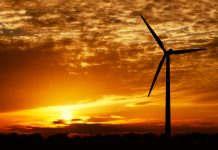 UKGBC: Office sector must reduce energy by 60% for net-zero carbon 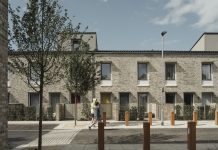 University Challenge 2020: The next generation of timber construction

Wates commits to zero waste and carbon by 2025 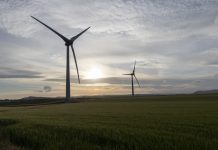 Low carbon heating for new homes in Scotland by 2024 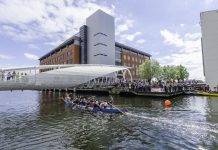 Can Part L building regulations keep up with the sustainability agenda?

Can an historic building be a green building? 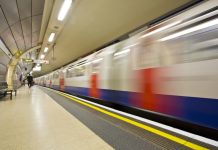