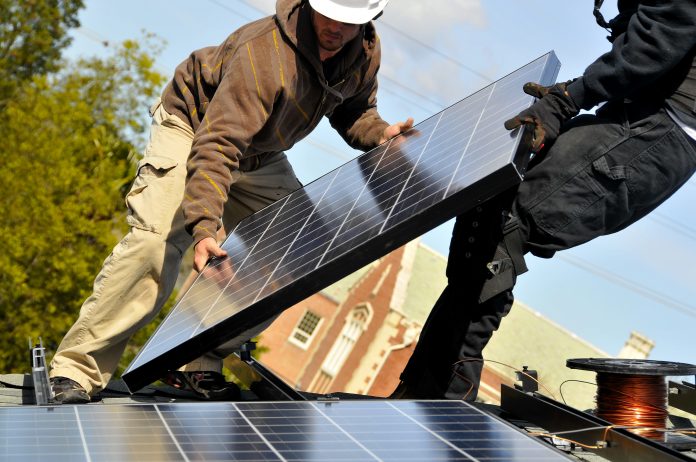 Today, the world is once again reeling from a historic financial shock, this time caused by the Covid-19 pandemic, which on paper is even more profound than the fallout from the global financial crisis (GFC). And yet, the response when it comes to regulations aimed at cutting carbon emissions has been markedly different in countries around the world. Matt Bennion, CEO at Reds10, explains

In the years after the GFC, what little progress had been made on the climate change agenda, was lost in the drive to shore up the economy. While it has never been proved definitely, then prime minister David Cameron was reported to have instructed members of his government to “cut the green crap”.

The UK is no exception. Most recently, the government announced that all companies bidding for public contracts worth £5m or more would have to provide a carbon reduction statement setting out both how they would reduce carbon on the work to be undertaken and how they as a company plan to achieve carbon neutrality by 2050, in line with the government’s own commitments under the Paris Agreement.

Given that the majority of government construction contracts are worth considerably more than £5m, the announcement is a big deal for our industry. From September onwards, contractors bidding to build the nation’s schools, roads and hospitals – and much more besides – will have come up with robust plans for how they can be as carbon efficient as possible.

Adding pressure to that and propelled by the ambition to build back greener, smarter, and faster, while accelerating the economic recovery, the Government last year outlined a new concept dubbed ‘Project Speed’.

This applies the principles used during the pandemic to all public projects to deliver better outcomes. It is both a massive carrot and stick and builds on the Construction Leadership Council’s plans to publicise the industry’s progress towards hitting net zero.

Because the fact of the matter is, that reducing carbon isn’t particularly difficult or expensive. It just needs to be factored into companies’ thinking about every stage in the construction process. Opportunities abound to reduce both the embodied carbon in the buildings we construct and improve operational efficiency.

However, it has to be said that the traditional structure of the construction industry does not help. As we know all too well, the industry is fragmented, which often leads to work being done in silos and even to disagreement and conflict. Maximising carbon efficiency, on the other hand, requires integration. Only when we align our approach and create enforceable standards will we be able to successfully realise our net zero carbon targets.

We recognise, of course, that this is easier for a vertically integrated company like Reds10, but the principles we deploy could be adopted by others, and they have been.

Once we have completed our work, we will have installed over 40 carbon-efficient accommodation blocks, providing more than 1,900-bed spaces, which use materials with significantly less embodied carbon and have, so far, achieved Defence Related Environmental Assessment Methodology (DREAM) ‘Excellent’ ratings in all buildings.

Crucially, we are working in an iterative manner, with each block providing lessons for the next. The first block, our prototype, was installed at Westdown Camp on Salisbury Plain last summer and received an A-rated Energy Performance Certificate (EPC) just 12 points from achieving net zero, thanks to the use of air-source pumps and rooftop solar panels, among other design choices.

The Westdown Camp block was fitted with our SMART building technology ‘THRIVE’, thereby allowing us to monitor how the building is being operated and make adjustments to its design and specification and optimise energy usage. As a result, the next three blocks, delivered at Nesscliff Training Area in Shropshire, achieved an EPC rating of -5, meaning that they create more clean energy than they consume.

Reds10 went on to build further blocks at Castlemartin Training Area in Pembrokeshire, Brunswick Training Camp in Surrey and at Westdown Camp, which achieved EPC ratings of -7, -9 and -10 respectively. The most recent building’s certification represented a 22-point improvement in EPC rating and a 33 per cent reduction in embodied carbon from the original prototype.

The NetCAP programme will continue throughout 2021 and into early 2022, but the success has already been so well documented that the programme has been shortlisted for several awards and even considered for COP26.

This approach isn’t limited to defence:

Reds10 is currently delivering approximately £45m of projects in the first wave of schools constructed under the Department for Education’s Offsite Schools Framework, which is championing modern methods of construction (MMC).

The first project on the Framework, Abbey Farm Educate Together Primary School, is set to achieve net zero carbon when it completes in September next year. Again, lessons are being learned and applied to future schools on the programme, just as they are in our work in the healthcare sector and with local authorities, notably on Wokingham Borough Council’s net zero carbon agenda.

The public sector as a whole is embracing the challenges laid down by the UK government’s climate change commitments and we are proud to play our part in helping departments, agencies and local authorities hit their targets.

Most importantly, our work demonstrates that hitting net zero and beyond isn’t just possible, but also affordable. To be clear, the environmental standards we have achieved have come at no added expense for either Reds10 or our clients. Profitability and caring for the environment are no longer mutually exclusive concepts – quite the opposite. 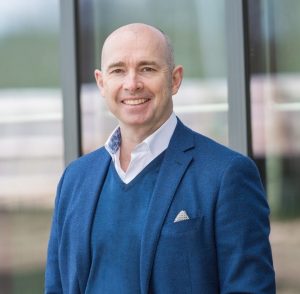