Home Energy News Identifying protected species on site: Why it matters, what to look for,...

The law means any protected species on site must be dealt with appropriately. Stacey Cougill, Managing Director and Ecologist at Eight Associates explains

Certain UK wildlife is protected by legislation which makes it illegal to kill, injure, capture or disturb the protected species. This includes great crested newts, reptiles, badgers, bats, birds, dormice, otters and water voles. The likelihood of these protected wildlife species impacting your project depends very much on the site in question, its habitat characteristics and the risk to the conservation or welfare of the protected species.

Conducting a survey of the habitat is critical for planning consent. Finding potential for these species on site during a project can mean work has to stop at once or if work is continued regardless, the law is being broken and could result in potential £5000 fines and up to six months in prison. Moreover, there are only certain times of the year when surveys can be carried out, so it’s important to investigate the wildlife as early as possible within the survey window to avoid lengthy delays and stay within the law.

All bats are protected by the Wildlife and Countryside Act 1981 (as amended) and Conservation of Habitats and Species Regulations 2010. Existing buildings or trees on site present the potential for bats, as they provide roosting opportunities similar to the crevice and tree-cavity spaces found in the natural environment. It is illegal to kill, injure, capture or disturb bats, obstruct access to, damage or destroy bat roosts, whether occupied or not, or cause incidental damage to the roosting site or resting place of any European bat species. Given bats can crawl into openings of just 15mm x 20mm, the first step for a project requiring planning consent that may have bat roosting potential is for a suitably qualified ecologist to conduct a bat survey.

Inspections of trees and buildings can occur at any time of year. Subsequent bat detector surveys can only be conducted from May to September, with the best time to complete dawn and evening surveys being May to late August when bats congregate in large maternity colonies. The ecologist will be looking for sightings of bats, calls, droppings, grease marks, urine splashes, insect remains and access points. Missing the survey window can lead to insufficient evidence for the planning process and causes delays.

A European Protected Species Mitigation licence must be applied for if bats are found on site. There are a range of possible mitigation or compensation actions that can be taken to avoid, minimise and compensate for impacts on roosting bats. These include retention of bat roosts and foraging habitats, design modifications, and timing works to minimise disturbance and the provision of replacement roosts in the form of artificial roosting sites.

All wild birds, their nests and young are protected, making it illegal to kill, injure, or take any wild bird or damage or destroy the nest or eggs. Breeding birds typically lay eggs between March and August and may nest on buildings, trees, machinery, scaffolding and structures. If nests are found on site, any activity that might damage or destroy the nest, egg or young birds must stop until the young have fledged. Where a Schedule 1 species is involved (rarer bird species that have a higher level of legal protection), mitigation for impacts should be implemented, such as the installation of artificial nesting sites.

All reptiles are protected, and rare reptiles such as sand lizards and smooth snakes receive additional legal protection under the Conservation of Habitats and Species Regulations 2010. Surveys can only be carried out from April to September and if reptiles are confirmed to be present, mitigation procedures, usually involving translocation, will need to be undertaken to ensure that reptiles are not harmed.

Certain amphibians are also protected and if you have any form of watercourse or pond on your project, be aware of great crested newts. It is illegal to deliberately injure, kill, capture or disturb a great crested newt or to damage, destroy or obstruct any places used for shelter and protection.  Survey of waterbodies can take place during the short breeding season, from mid-March to mid-June.

Other protected species include dormice, whose nests are found in hazel scrub or trees in summer and on the ground level in winter. Surveys are best undertaken in March and from September to November, and if evidence of dormice is found on site after works have started, these must stop immediately to avoid breaking the law. Otters, which use a variety of watercourses to breed and shelter, are also protected under law. Works must stop immediately if an otter or its holt (dwelling) is found on site after works have started. Water voles are legally protected too, and surveys should be conducted between March and September.

Investigating the potential for a protected species on site is critical for planning consent – as is the timing. Surveys can only gather sufficient evidence when the species are active. Missing the survey window can result in lengthy delays to the planning process.  Worse still, proceeding without undertaking a survey – or regardless of the survey findings – is breaking the law. The best advice is to plan ahead and work with a pragmatic, suitably qualified ecologist who follows all relevant good practice. 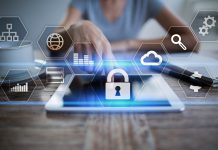 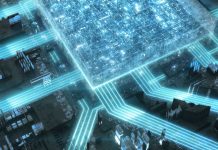 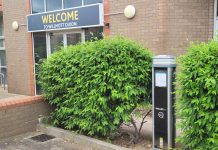 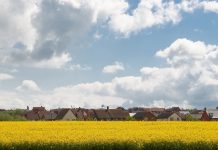 Government urged to put net-zero at the heart of planning 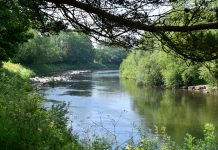