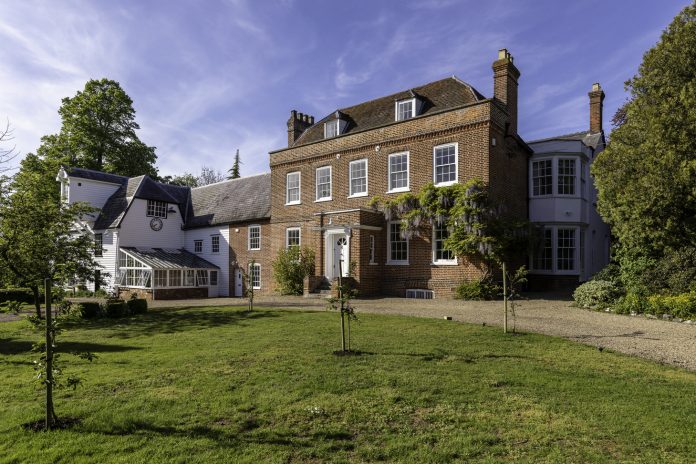 With the key issue being heat retention, Selectaglaze has recently upheld tradition at the Blue Mill while improving thermal performance throughout the Grade II* listed hall

The owners of the hall reached out to Selectaglaze for advice on the best possible treatments for heat retention throughout the Blue Mill; a mixture of timber sash windows, fixed lights and inward or outward opening casements.

The quirks and irregularities around some of the bay windows meant that a considered approach was required.

The Grade II* Listed Blue Mills in Witham, Essex dates back to the 18th century. However, its history goes back considerably further. In the 11th century, it was recorded in Domesday as the watermill at Benton Hall, a subsidiary manor of Blunts in Witham.

The original 16th-century cottage is attached to a Georgian house, a sequence of early Victorian extensions, and a later Victorian house in 1872 (at the rear).

The recent owners have lived in Blue Mills for 20 years and required a thermal solution, with acoustic benefits to make their home at the mill more comfortable. The thermally inefficient primary windows across most of the house did little to retain heat.

Once the owners were happy with the bespoke solutions suggested, they went ahead with the install. Despite the property being Listed, Maldon District Council confirmed that no formal Listed Building Consent was required for the works.

A total of 22 windows have been treated using a number of window styles: fixed light, vertical sliding and side-hung casements.

Two windows in the wood-panelled room were treated with Selectaglaze’s Heritage Series 47 hinged casement system which was able to sit tight behind the wooden shutters, allowing their continued operation. The aluminium profiles were coloured in a woodgrain finish which colour matched the existing surrounds perfectly.

The bay windows on the ground and first floors were the most challenging treatments because the primary windows were not plumb and true, due to the age of the building. In order to prepare the bay windows for the secondary glazing, tapered timbers were fixed to the openings to square up the reveals.