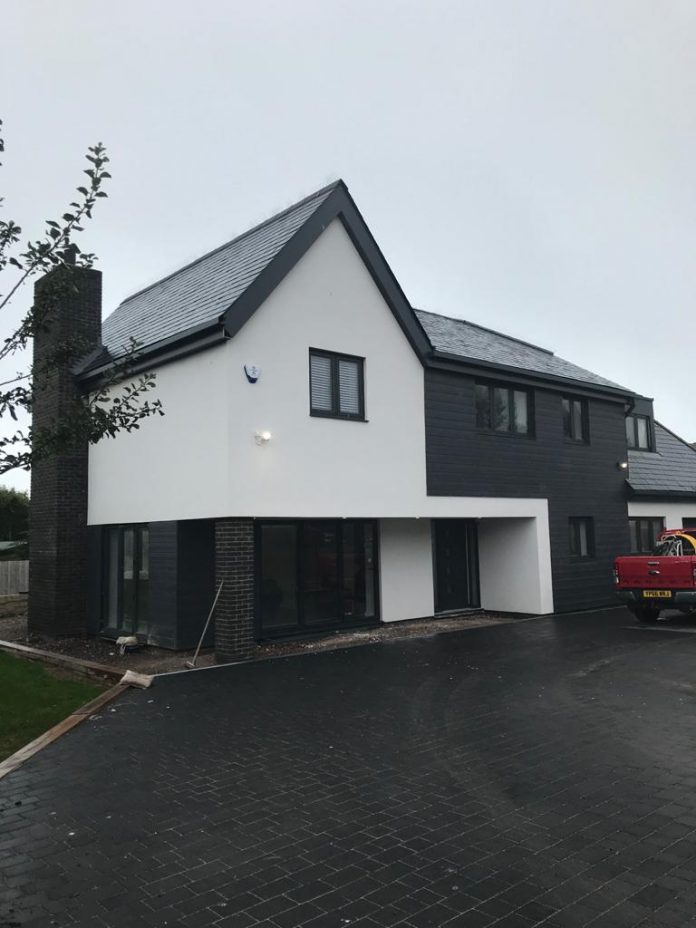 A Timber framer’s five-bedroom self-build has achieved an impressive airtightness rating and has no need for central heating, thanks to Actis

A Kent timber frame specialist who has been using Actis Hybrid products for his customers has just completed his own self-build.

The five-bedroom house is super cosy thanks to his use of Actis’ entire range of insulation and membranes.

Andre Agard from A & S Carpentry says he hasn’t even had to put on the central heating in his detached house in Kingsgate.

He says it keeps a constant temperature of a cosy 19.5 degrees.

Agard reached a level of 0.18 in the walls of his self-build by using 125mm Hybris and H Control Hybrid. Both these values far exceed those required under current building regulations, which demand 0.3 in the wall and 0.15 in the roof.

He was astounded to find that his house is far more airtight than he had anticipated.

An airtightness test carried out to comply with Part L of the building regulations showed his self-build had achieved a level of 5.3m3/h/m2, even before installing the fireplace – rather than his estimate of 7m3/h/m2.

In order to comply with Part L1A, conservation of fuel and power, a house’s air leakage must not exceed 10m3/h/m2. This means that no more than 10 cubic metres of air can escape per hour for every square metre of the envelope surface area. By way of comparison, to achieve Passivhaus standard, it must attain 1m3/h/m2. A house which achieves 5m3/h/m2 – more or less what Andre’s attained – is estimated by the BRE, authors of the building regulations, to use 40% less energy on heating than a house achieving a just compliant 10m3/h/m2 rating.

The fact that Actis products are flexible and can be squeezed into odd-shaped gaps and be wrapped around corners means thermal bridging is pretty much eliminated – leading, inevitably, to a more thermally efficient fabric envelope – the key to keeping the property warm in winter (and cool in summer).

An added bonus which Agard hadn’t been anticipating was that he can play his new sound system at full volume and it’s hardly audible at all outside.

Andre loved the process of working with the products as well as the final results.

“It was so much quicker and cleaner to install than the solid insulation I’ve used in the past and I’m now going to use Actis on all my future projects,” he said.