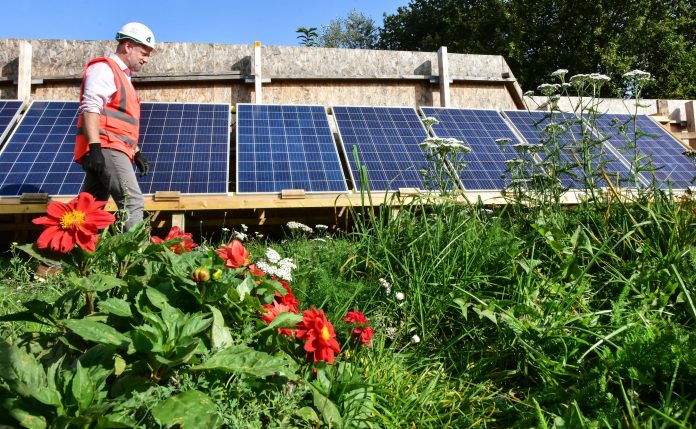 Willmott Dixon is the first tier one construction company to sign-up to all three of The Climate Group’s business campaigns, EV100, EP100 and RE100, to deliver a sustainable zero-carbon future

The Climate Group is an international not-for-profit organisation that brings together companies committed to driving climate action by creating a world of net-zero carbon emissions by 2050.

Willmott Dixon’s backing for each campaign will see it migrate to a 100% electric vehicle fleet, supported by installing charging infrastructure, as well as use renewable electricity to power all operations by 2030 alongside sharing best practice with peers.

It also commits Willmott Dixon to only owning, occupying and developing buildings that operate at net-zero carbon emissions by 2030, in line with the World Green Building Council’s Net-Zero Carbon Buildings Commitment.

Rick Willmott, group chief executive of Willmott Dixon, said: “We have been deliberately ambitious in our Now or Never strategy to set a clear benchmark for green growth, which includes supporting our customers’ ambitions to adopt renewable energy and deliver their own net-zero targets.

“Signing up to RE100, EP100 and EV100 is an important step in this journey to achieve zero-carbon in our operations and net-zero in the buildings we create.”

Helen Clarkson, CEO of the Climate Group, added: “I’m very proud to be working with Willmott Dixon and congratulate them on being the first contractor to join the Climate Group’s three business campaigns, RE100, EP100 and EV100, not just in the UK but in the world.

“I’m delighted our campaigns on renewable energy, electric vehicles and energy efficiency will play a fundamental role in Willmott Dixon’s recently published strategy to be a zero-carbon company, without offsetting, by 2030.

“This example of setting a clear long-term target with measurable milestones is what ambition looks like in the Climate Decade.”

Willmott Dixon is the tenth company globally to support EV100, EP100 and RE100, joining others such as Landsec, AstraZeneca, Danfoss, Goldman Sachs, Lloyds Bank, Mitie and Schneider Electric.