Home Guides & Reviews Modular Advantage: The industry around the world

In recent years, the MBI has launched three regional councils covering Canada, Europe and most recently South America, which advise the institute on the needs of its member companies and act as forums for networking and sharing best practices.

Kevin Read, CEO of Nomodic, discusses the Canadian Council’s contributions to the MBI and its work in supporting new building methodologies across the country.

The European Council, meanwhile, has seen significant growth in modular, with several high-profile projects competed in recent years, including the two tallest modular buildings in the world in London, England, as well as major investments in the market from the likes of Goldman Sachs.

The newest council, covering South America, is in the process of being formed to help capitalise on the enormous potential of modular in this part of the world.

Elsewhere, there is a look at the worldwide growth of modular, along with company profiles and case studies from South Africa, China, Australia, Spain, Mexico and more.

There is also an update from MBI government affairs director Jon Hannah about the institute’s engagement efforts across the US, including a major collaboration with the Federal National Mortgage Association, commonly known as Fannie Mae, to develop guidelines for multifamily modular lending.

The resulting Multifamily Modular Toolkit, which has now been launched on the Fannie Mae website, provides a starting point for the growing number of lenders, developers and other stakeholders exploring his innovative and increasingly popular form of construction. 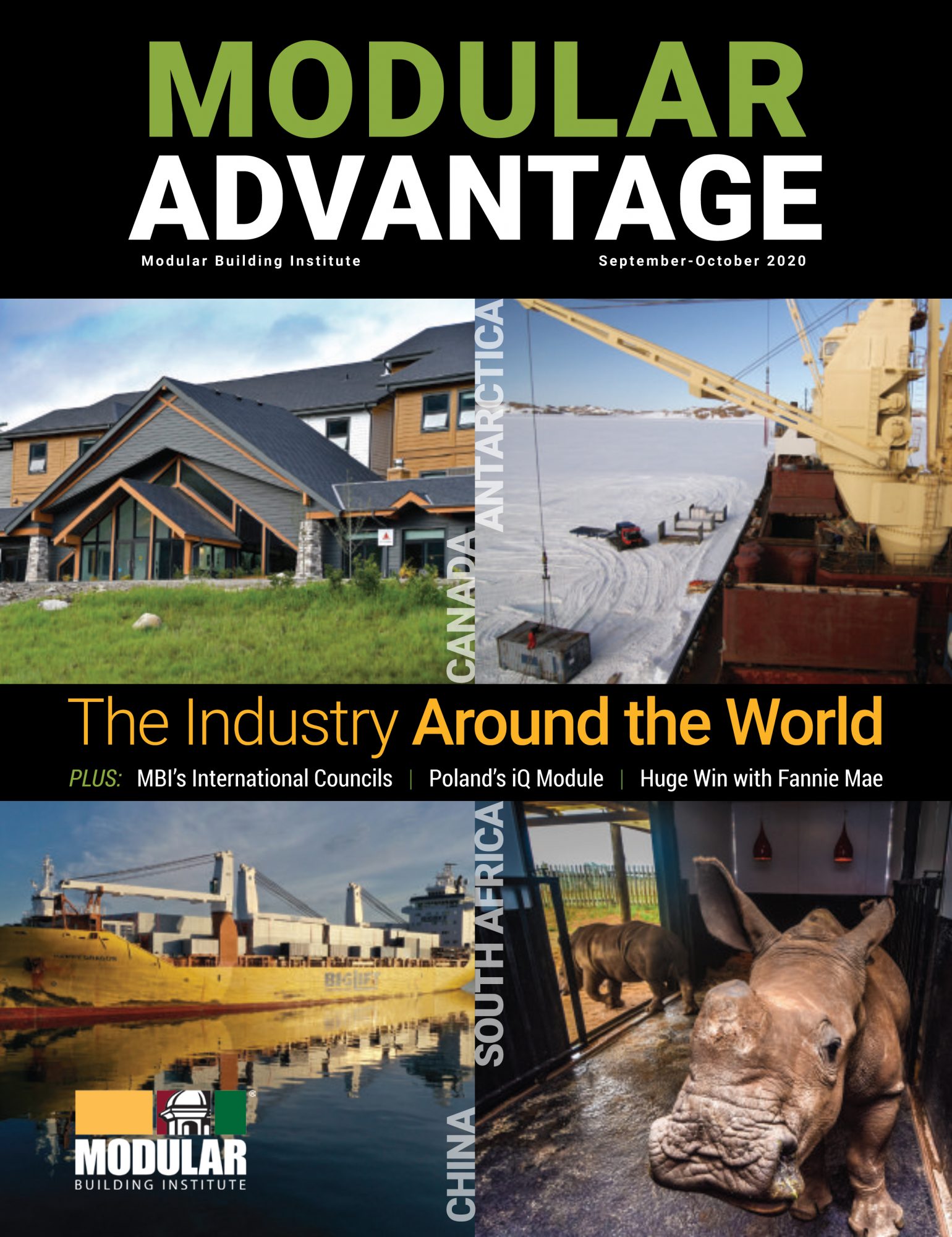