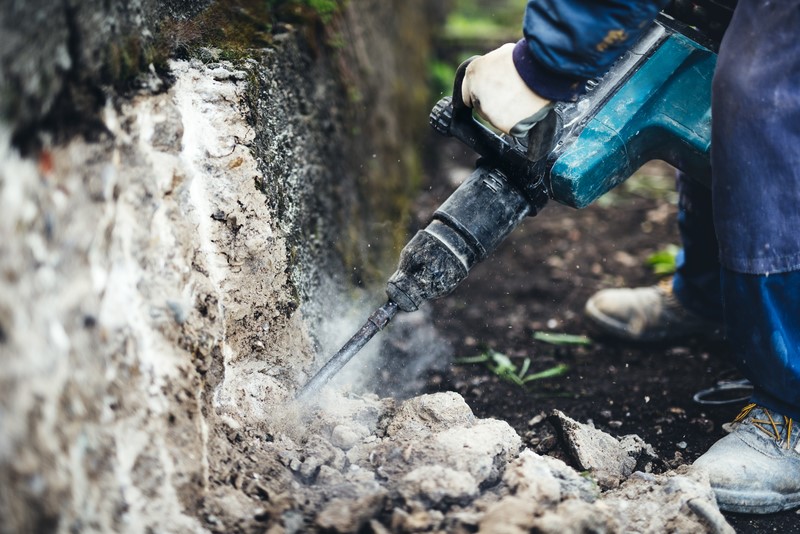 Civil engineering contractor BAM Nuttall is set to eliminate the use of rock drills, scabblers and hand breakers on its projects by the end of the year in an attempt to put an end to Hand-Arm Vibration Syndrome (HAVS)

The company said it believed the effect of the vibrating tools on people within the industry has been underplayed and wanted to offload as many as possible, despite the challenges involved in doing so.

Vibrating tools are widely believed to impact the risk of employers contracting Hand-Arm Vibration Syndrome (HAVS). This is the medical term used for symptoms caused by vibration damages that may occur in the fingers, arms and hands when working with vibrating tools.

BAM Nuttall divisional director John Heffernan said: “Many of these tools are really from a bygone age and have been part and parcel of every day civil engineering life and as an industry we’ve been slow to develop alternatives.

“Thirty years ago, white finger was not only considered an old man’s illness but also something of a badge of honour, especially in the tunnelling industry. Nowadays that is simply not acceptable.

“If we want to attract the best talent to our industry, while retaining those people we already have, then giving them the best working conditions is vital, and that means ensuring they remain healthy and can safely operate modern equipment that is truly fit for purpose.”

The company stated that a change in attitude towards the use of vibrating tools by contractors, their workforce and manufacturers were required, but acknowledged that this would not be an easy feat.

“First we have introduced a permit system for the use of hand held rock drills, breakers and scabblers to highlight the need for our projects to exhaust all possible alternatives before using these tools, and then ensuring all the appropriate controls are in place,” said Heffernan.

“We have already seen a positive response from our people, with this initiative generating smarter ways of working which are not only less harmful but also more efficient.”

“We need to think hard and not set ourselves up to fail. For example, we should be thinking about design regarding lack of space – particularly around temporary works – where there’s not much room so we struggle to use machines where the work should be done mechanically.”

BAM Nuttall has already successfully trialled alternative machines that reduce the risk of Hand-Arm Vibration Syndrome on a number of projects.