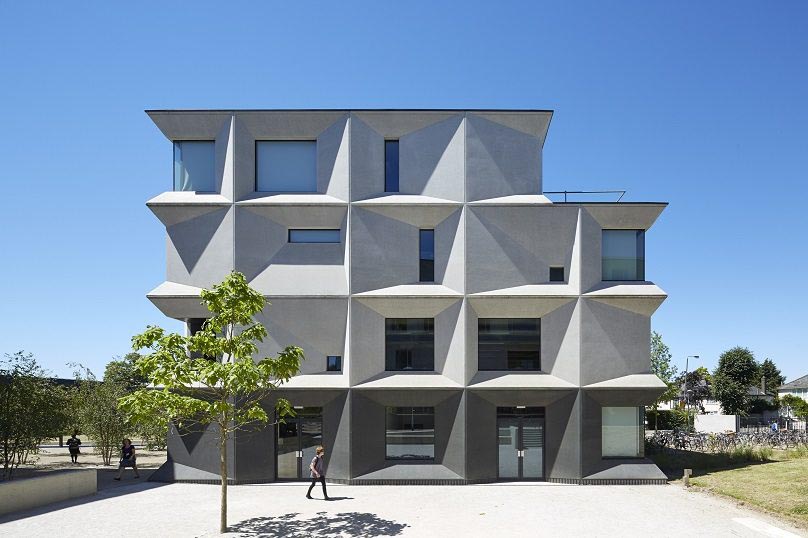 How can CDM Diﬀerently and the architectural process lead to a successful project outcome? Paul Bussey, Technical Consultant at Allford Hall Monaghan Morris and RIBA member, discusses what it means for architects…

CDM 2015 has now been with us for some 18 months, and the consequences of the changes are starting to reveal themselves. The most controversial and signiﬁcant change has been the appointment of the new “Principal Designer (PD)” function intended to match during the pre-construction phases that of the Principal Contactor (PC) who is in control of the project during execution phases. The PD, unlike the now supplanted CDM-coordinator, is not generally a person but a corporate role and should be executed by the designer in control of the pre-construction phase. Long term, the HSE’s intention is to have active lead designers, ideally already on the project, carrying out their designer duties but also taking on the CDM integration of the other designers. It makes sense on a nuclear power station, pharmaceutical factory or infrastructure project to appoint a PD who has the skills, knowledge and experience (SKE) to deliver such highly engineering based projects. It is therefore of similar importance to appoint a PD on architectural projects which have the SKE’s to deliver the complex aesthetic and technical mix of designer duties that constitute such projects.

However, largely due to historical and over-zealous misinterpretations and misrepresentation of the 1994 & 2007 CDM regulations by certain sectors, designers have been encouraged to shy away from the responsibility of taking on a health & safety role. The perception of a tick box, checklist and the “what if I miss something?” culture has subverted what was intended as an embedded day to day architectural process into a paperwork based, risk averse, bureaucratic, external role.

While the CDM-C role was perceived by some as reasonably successful; it did not constitute a creative design role as it largely consisted of challenging designer’s proposals and asking for the ubiquitous but unnecessary “Designer Risk Assessment” documents (DRAs)” from all designers. These were simply “coordinated” into larger DRA Excel spreadsheets, and the design complexity of other signiﬁcant factors were totally lost in the myriad of routine risks and a frenzy to ﬁnd the safest solution. This approach has been fuelled by misinterpretations of the “General Principals of Prevention” and the “Working at Height hierarchy” whereby safety procedures intended for manufacturing and implementing work on construction sites have been misinterpreted for the “cerebral and conceptual”architectural design process. Thus the assumed need to eliminate risk has been interpreted as getting rid of unusual and new creative design concepts because they are too unsafe. Should their interpretations have been applied to history, we would surely not have the great world heritage architecture such as the many European medieval cathedrals, Florence Duomo and St. Paul’s Cathedral, etc. Furthermore, the misinterpretation to reduce risk where it cannot be eliminated has led to a continual diminution of the design intent to achieve the safest solution.

This unintended process has been exacerbated by moral high ground taking attitudes that paint designers as arrogant, non-health and safety educated, “serial killers”, who have complete disregard and disdain for the health and safety of occupants and site operatives on their projects. The fact that architects have a rigorous academic and in industry training programme for a minimum of 7 years, and which includes a proportionate amount of CDM related training, is totally missed by these protagonists. Professional architects have to achieve a very high educational standard of design understanding which incorporates an incredibly diverse palette of skills ranging from structural and services integration, sustainability requirements, town planning criteria and building regulations compliance, not to mention a huge number of other CAD & BIM skills. Most important however is that of aesthetics, which is generally a mystery to the other design team members, and entails the integration of all these factors and inﬂuences into a cohesive and visually appropriate composition. Architects cannot, of course, be experts on all aspects of these other design factors but need an overview and understanding of each and knowing where their limitations lie. These gaps are ﬁlled by additional CPD, training or advice from outside experts, but this all needs to be assimilated into the overall design with all the other design factors. This can only be done eﬀectively by an active designer in control of the design. Therefore in an architectural project context, we start to understand the term “CDM Diﬀerently” whereby the lead and active designer incorporates the signiﬁcant project speciﬁc health and safety/CDM issues into the creative design concept right from the start of the project.

Initially, the site hazards need to be identiﬁed early and captured by site-wide drawings where they should be clearly highlighted amongst the mass of other site details. These should include strategic brieﬁng inputs from other parties including the client, statutory authorities and other consultants. With this growing understanding of the site infrastructure and the team, a conceptual architectural design can start to evolve, and the signiﬁcant design issues can be identiﬁed and overlaid.

The combination of site knowledge, client brief and architectural design aspirations are synthesised into a design that integrates all these factors including CDM issues, to achieve a “tolerable level of risk” for the project by a collaborative team-based process. This process should be proportionate to the scale and complexity of the perceived signiﬁcant health and safety risks on the project. It is recognised that some large projects have relatively simple risk proﬁles whereas some smaller projects have more complex risk issues. The opposite is, of course, possible, but it is for the project team to spend a proportionate amount of time and eﬀort in avoiding, minimising or controlling risks on their project and recording the key issues in a proportionate manner. Owing to the potential complexity of this process and to facilitate clear and collaborative information, CDM Diﬀerently discourages too much narrative information and encourages the use of visual information in a combination of annotated drawings, sketches, images, photographs and diagrams which clearly explain the signiﬁcant CDM issues and their context. The tolerability of each signiﬁcant issue is established and noted for future reference during re-design, revisions and value engineering or for 3rd party use in the event of a CDM review, audit or HSE inquiry. This procedure and document encapsulates the legal processes of “reasonable foreseeability & practicability” and if genuinely employed and recorded is acceptable to the HSE and the courts in the event of potential prosecution. It is recognised by the HSE that while designers can help to avoid and minimise risks they cannot ever be reduced to zero, and also that accidents can still happen as a result of other extenuating factors. Demonstration that the team have gone “as far as reasonably practicable” is suﬃcient.

In conclusion, CDM Diﬀerently has been developed as a collaboration between senior RIBA and ICE designers and practitioners. Tony Putsman and I have been working in our professional design communities on live projects and have long established health and safety expertise, experience and training resulting from considerable HSE and industry wide collaboration. CDM Diﬀerently is a common sense, intuitive and collaborative process at the heart of CDM integration on architectural projects, and can be practically carried out by architectural designers with suﬃcient SKE or with the additional PD training oﬀered by the RIBA.

‘CDM2015: A Practical Guide for Architects and Designers’ written by Paul Bussey is available to buy from Riba Bookshops 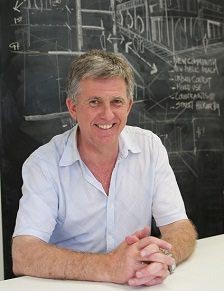