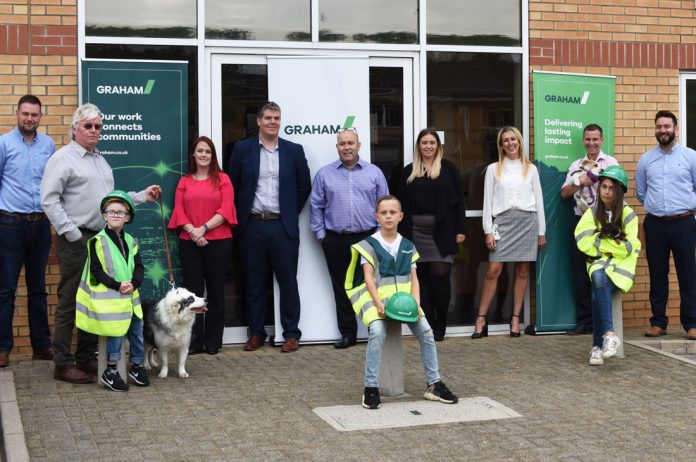 The Graham highways team is lending its support to Highways England’s ‘Home Safe and Well’ campaign, launched in June 2019

The government-owned company, which operates, maintains and improves England’s motorways and major A roads, is committed to achieving its aim that “no one should be harmed when travelling or working on the strategic road network” by 2040. Home Safe and Well will support this goal and strengthen the delivery of HE’s first imperative – safety.

Graham has enjoyed a long-term relationship with HE and is now participating on its Regional Delivery Partnership Band A (South East and East of England region). The privately-owned company’s package 4a includes three major junction improvement schemes designed to enhance safety and reduce traffic delays across the network.

Dave Brown, Graham highways director, is proud to be supporting this “important” campaign. He said: “Home Safe and Well is a strong, important message, and, as a long-term partner of Highways England, we are fully behind this campaign.

“We have consistently played a key role in building, maintaining and operating the road network for Highways England, and we understand the significant part our work plays in ensuring that we all get home safe and well, every day.

“We look forward to continuing to support and build awareness of the Home Safe and Well campaign.”

In November 2018, Graham was selected to Highways England’s Regional Delivery Partnership Lot 2. Initially, the company’s focus is on the delivery of three design and build projects that will improve junctions of the M25 and M2.

The six-year partnership replaces the Collaborative Delivery Framework (CDF) where Graham delivered 70+ individual work programmes as part of a major highways improvement scheme across the East of England network.