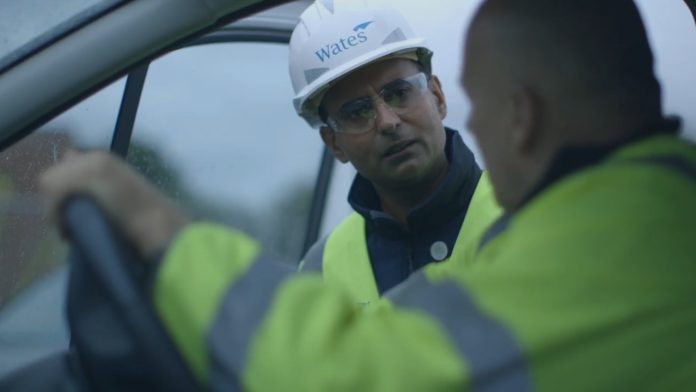 In light of World Suicide Prevention Day, Wates is encouraging its colleagues to ‘take a minute’ as UK suicide rates soar

Wates has launched a company-wide campaign to encourage colleagues to ‘take a minute’ – time to talk to someone to get help, to not mask how they feel, to notice a friend or colleague who is struggling or to simply start a conversation. 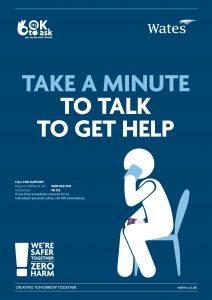 Wates has been also working with the suicide prevention charity PAPYRUS Prevention of Young Suicide to help break down the stigma of talking about mental health, and to help reduce the high levels of suicides in construction.

According to ONS figures, male construction workers are three times more likely to die by suicide than the rest of the population and Wates is using World Suicide Prevention Day as a call to action, to encourage colleagues to help create ‘suicide safer communities’, where they can talk openly and less secretively about suicide.

The campaign is supported by a short video and series of posters, aimed particularly at colleagues working in largely male environments where the stigma of discussing mental health can be hard to overcome.

In addition, a webinar, open to all employees, and hosted together with PAPYRUS, will feature a panel of colleagues including those whose lives have been directly affected by suicide. The panellists will share their experiences and discuss ways of creating safer communities where colleagues can more easily talk about their mental health.

John Dunne, safety, health, environment & quality director at Wates Group, said: “To know that in our industry so many people are struggling to the extent that they feel their only option is to end their life, is simply tragic.

“We have a moral duty to look out for one another, but we also have to focus on making our workplaces and working practices the best they can be, which includes driving a culture whereby everyone feels safe to open up and able to ask for help.”

Joann Hitchen, NW regional manager at PAPYRUS, a panellist at today’s webinar, commented: “PAPYRUS Prevention of Young Suicide has been working collaboratively with Wates for the last two years.

“It all began when Carl Wales, a PAPYRUS Champion, started delivering suicide prevention awareness sessions to his colleagues at Wates.

“Through his passion and the enthusiasm of his colleagues and directors this suicide prevention work morphed into something much bigger.

“PAPYRUS resources are available at most construction sites; Wates staff are undergoing Applied Suicide Intervention Skills Training delivered by PAPYRUS; colleagues have fundraised, and the PAPYRUS helpline, HOPELINEUK (0800 068 4141), is displayed in company vehicles and on scaffolding on several sites across the UK.

“As result of all these things we know that lives are being saved as people are asking the question, ‘Are you having thoughts of suicide?’ and people are calling HOPELINEUK.

“We would like to thank Wates for its continued support and for the trailblazing work in suicide prevention.”