Amey has instigated a maintenance programme to improve the living and working standards at HMP Liverpool, working closely with Her Majesty’s Prison and Probation Service (HMPPS), the Governor and its supply chain partners

As part of this improvement maintenance programme, Amey also set up the Clean, Rehabilitative, Enabling and Decent (CRED) scheme. Here they work with suppliers and prison staff to train prisoners to carry out decorating within HMP Liverpool, as part of the prison’s purposeful activity programme.

One individual (named ‘RC’) has now used the CRED scheme to transform his life. Helping the on-site Amey facilities management team on a daily basis and, despite having no formal background in painting and decorating, RC soon began supervising other teams of prisoners to undertake general redecoration works.

However, Amey felt that with the right level of employee training and support, he could develop the practical skills needed to make him more employable once leaving prison. And so, the professional capabilities of Bagnalls were requested.

RC was introduced to the Bagnalls’ site foreman, who monitored his work on a daily basis, providing Amey and the prison with reports on his attitude and quality of work. After a short while, RC proved himself to be both trustworthy and able to deliver a good standard of work. He was extended additional privileges and became a valued member of the Bagnalls painting team.

Following his release RC has now started with Bagnalls and has a unique opportunity to prove himself. Following his induction period, he will begin a process of formal skills training to achieve the competencies needed to work for the company.

Pete Mathieson, Amey’s Prisons FM, contract director spoke of their CRED maintenance programme: “We believe that offering prisoners the ability to learn new skills whilst they are serving their sentence forms a good work ethic and attitude.

“RC demonstrated throughout his time at HMP Liverpool that, with the right support, he could learn skills that could stand him in good stead on leaving prison. He is the first candidate to be offered a permanent employment opportunity. We hope he will be the first of many as we deliver CRED across the other prisons Amey work in.”

Bagnalls’ contract manager, Bernie Smith, said: “I was 100% behind this initiative and I agree that everybody deserves a chance to get ahead. Obviously, we couldn’t promise the world, but we were more than willing to give RC a chance. So, we offered him the opportunity to gain experience in the industry, working alongside our on-site team.”

The proactive approach by HMPPS and contractors such as Amey and Bagnalls in creating a rehabilitative culture is seen by all as a very positive step for the future. 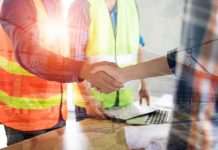 Freelance tradespeople end 2019 on a high with record earnings 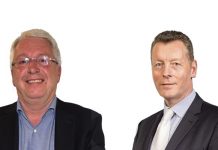