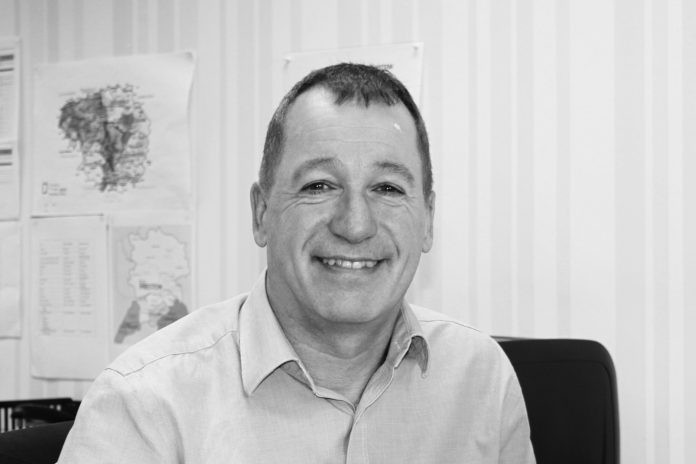 Charged with overseeing the expansion of Ball & Berry’s new Birmingham office – which opened in March this year – as well as leading on several high-profile projects currently live within the city, Richard brings with him 35 years’ experience across the building control sector, with specialisms in offices, industrial, sports stadia and education.

He will lead a growing team of Approved Inspectors and admin staff, providing building control services across a number of complex construction projects throughout Birmingham and the wider Midlands region.

Richard has a BSc in Building Surveying from Birmingham City University, is a corporate member of both CIOB and CABE, is a qualified business coach and ACAS accredited mediator, and regularly presents seminars including events hosted by CIOB and RICS, amongst others.

Landmark projects he has previously provided building control services for in Birmingham include the iconic Fort Dunlop, the relocation of Birmingham City University, the National College for High Speed Rail and the Jaguar Land Rover Body In White (BIW) production facility. He also led the Building Schools for the Future programme in Birmingham, delivering 12 new build schools and 10 refurbishments.

Speaking of his new role, Richard said: “I am delighted to join the Ball & Berry team, and to have the opportunity to support them in the growth of their third office in Birmingham.

“My main aspiration is to establish Ball & Berry as the leading corporate Approved Inspector within Birmingham and the Midlands in under five years, because we have a huge opportunity to capitalise on.

“Despite the backdrop of doubts regarding HS2, there are so many fantastic developments in progress and in fact, outside of London and the South East, Birmingham has the highest economic growth figures.

“This gives me lots of motivation to seek out and work on projects that present the most value to our firm, and I’ll be focusing on coaching the team through the complexities of building regulations so we continue to be known for the outstanding support we offer our clients.”

Ball & Berry is currently providing services on a number of high-profile projects within Birmingham, with Richard responsible for overseeing developments worth a collective £240m. These include a 13-storey hotel at Exchange Square; 395 apartments in the Jewellery Quarter with Sir Robert McAlpine, and the construction of two 14-storey tower buildings in Coventry for Vita Student.