The Building Engineering Services Association (BESA) has announced the shortlists for its relaunched and revamped National Awards which are to be presented ‘in-person’ on October 20 at a gala dinner in the Novotel London West hotel.

To celebrate its return, BESA launched several new categories open to both members and non-members including Net Zero Initiative, Product Innovation, Diversity and Inclusion, Competence and Compliance, and Women in Building Services. 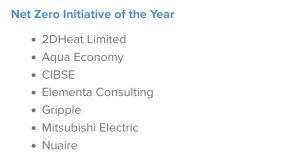 For the first time, the BESA National Awards also feature a Specialist Groups award to pay tribute to the work of the many individuals who give up their own time to carry out important technical work on behalf of the Association and the industry at large.

The dinner will also be the culmination of a year-long series of apprenticeship and training awards hosted by BESA’s regions with winners going forward to the national final in London.

The Association’s long-running management training award has been relaunched as The Manly Trust Management Training Bursary that offers generous funding to support the career development of a young engineer identified as one of the industry’s ‘future leaders’. 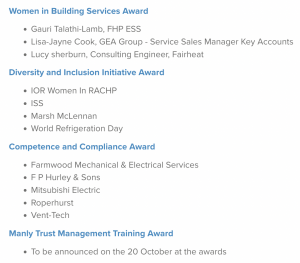 A record number of entries for the BESA National Awards

The Product Innovation category has a shortlist of 16 due to the huge response from all parts of the industry. 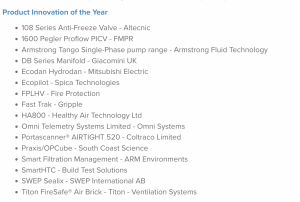 BESA promises the most ‘lavish’ awards to date

The event will be hosted by comedian Zoe Lyons and follows the Association’s annual National Conference – which is being held at the same venue. Michael McIntyre and Paul O’Grady are also set to make an appearance and the Awards dinner will feature a live band.

All the entries were scrutinised by an expert panel of judges drawn from across the sector.

BESA head of technical Graeme Fox, who chaired the judging panel, said: “The judges were hugely encouraged by the breadth and depth of talent and innovation represented by the large numbers of entries we received.

“We were particularly delighted to see such strong support for the Competence and Compliance award as this is a major focus for our sector – not least because of new building safety legislation.

“Both the large and small project categories also attracted strong support and demonstrated the best of our industry in action.

“Above all, this year’s awards brought to our attention some of the brightest and most self-sacrificing people who are sharing freely of their time and expertise for the greater good of the industry.

“We are hugely grateful for their efforts which bode well for the future of our profession.”

Book your tickets for both BESA’s National Conference and Awards on October 20th here.