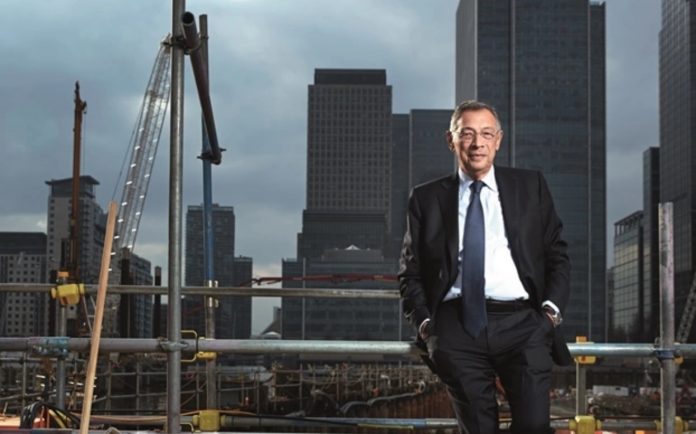 Sir George will take on his new role of non-executive chairman from 1 July.

Sir George Iacobescu said: “I am immensely proud of everything that has been achieved at Canary Wharf. We took a piece of land that no-one wanted, and we have delivered one of the biggest regeneration projects the world has ever seen.

“I am lucky to have been part of a great team of people who made this happen. The Company is in excellent hands and is in good shape to continue its strong growth.

“I am enthusiastic about the future for Canary Wharf and look forward to continuing to support the company in this new role.”

Chief executive, Shobi Khan, said: “I am delighted that Sir George has decided to become chairman of Canary Wharf Group. He is a legend in the property industry and what he has achieved here in Canary Wharf is known throughout the world.

“Sir George turned an unwanted empty dock into the most successful regeneration project in the world and permanently changed not just the skyline but also the geography of London. His success paved the way for the rebirth of docklands and east London.

“Thanks to Sir George, Canary Wharf Group is the most sustainable developer in the UK. We created a 24/7 15-minute city where people can live, work and play in a sustainable and healthy community.

“His experience and expertise is unparalleled. I’d like to thank him for his advice and support since I joined the company and I look forward to working with him as Canary Wharf Group enters its next chapter”