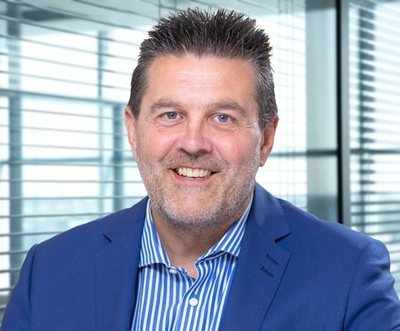 The chief technology officer is a new leadership role that has been created as a strategic imperative for the infrastructure and construction industry. The role will also support the Group’s Site of the Future programme.

Chris Johnson will take immediate effect to the position, reporting to Leo Quinn, group chief executive. As an existing member of Balfour Beatty, Johnson previously held the role of group chief information officer and procurement director. He will retain overall accountability for IT and Procurement.

Prior to joining Balfour Beatty, Johnson was heavily involved in implementing change programmes via new technologies and processes within manufacturing businesses.

Under his leadership, Balfour Beatty has mapped out and executed steady improvement of operational and back office processes within the first two phases of its Build to Last Programme. The creation of the chief technology officer role will allow accelerated through change and innovation in three cores areas: Project Delivery through Technology, Digital Project Information and Engineering Excellence.

Balfour Beatty group chief executive, Leo Quinn, said: “Our industry is probably a generation behind manufacturing in deploying technology to drive efficiency and innovation, as well as historically resistant to learning and applying lessons from other sectors.

“As a market leader, Balfour Beatty must lead this change to drive continuous improvement across our business and ensure we are the best positioned to deliver for our clients, despite skills shortages in all aspects of construction and engineering. Combining this with our ongoing procurement cost management underpins our vision of profitable managed growth.”

Commenting on his new role, Chris Johnson, Balfour Beatty chief technology officer, added: “With enhanced BIM modelling, virtual reality, drones and laser scanning to name but a few, new technologies and data, when adopted, embedded and utilised effectively, have the power to transform the infrastructure and construction industry through lowering cost, improving quality and transparency and enhancing safety.

“Across Balfour Beatty, there are unrivalled opportunities for real step changes that will help drive improvements and innovation for the infrastructure and construction industry as a whole.”