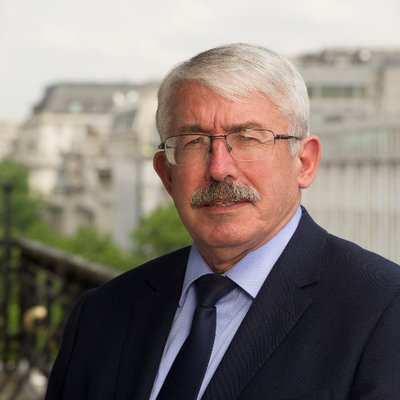 One of the Chartered Institute of Building’s (CIOB) longest-serving Chief Executives, Chris Blythe OBE, has announced his retirement

For almost 20 years Chris Blythe OBE has led the CIOB. He will retire from the CIOB in May 2019.

CIOB President Chris Soffe FCIOB said of Chris Blythe’s time with the CIOB: “Leading a 184-year-old organisation, like ours, and keeping it relevant is no easy feat. Chris has transformed the CIOB into a modern international institute, able to adapt to the changing needs of its members and in an industry undergoing a digital revolution.

“With his influence he has helped establish the discipline of construction management as a Chartered profession and under his stewardship the awarding of an MCIOB can now be compared to a Master’s Degree. He has held the industry and government to account on politically sensitive agendas like modern slavery and corruption in construction. He has also championed the industry and the vital role it plays in social mobility, job creation and the quality of life.

“His leadership has given us sure footing as we look to the future and begin our search over the coming months for a new Chief Executive. We wish Chris well in all that he chooses to do and pass on our sincere thanks for his unwavering dedication and consistently excellent leadership.”

For more than 25 years Chris Blythe has been involved in vocational education and training, together with business development.  Chris has been Chief Executive of the CIOB since January 2000.

In the Queen’s 2017 New Year’s Honours list Chris received an OBE for services to the ‘Construction Industry and Government.’ In September 2018 the University of Wolverhampton awarded him an Honorary Degree in recognition of his ‘contribution to vocational training and education particularly in his role as Chief Executive of CIOB’.

Speaking about his decision to retire Chris Blythe OBE said: “It has been a privilege to lead the CIOB these many years. It has given me the opportunity to work with fabulous people from across the industry and across the world.

“I have enormous respect for Institute members who are dedicated to making a difference to the quality of people’s lives as they strive to improve the industry.

“Belonging to a Chartered Body is more than just membership and qualifications it is also about a duty to society. That is reflected in the many members I have met and worked with. I would like to thank the countless number of people from across the industry, and colleagues at the CIOB, who have been key in all that we have achieved together and the many successes yet to come.

“I am looking forward to the next phase of my life with great anticipation, great memories and many great friends.”