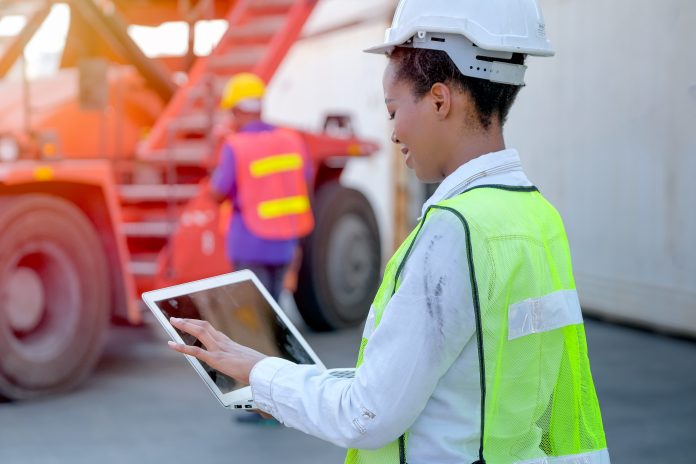 Diversity is not a new topic of conversation for the construction industry – it is well-documented that the sector is significantly behind other industries when it comes to the issue. Kay Jarvis, head of HR at blu-3 discusses why the better representation of all groups is essential, and it must happen soon

From building site to boardroom, males tend to dominate, and not just any men. By far the largest demographic profile for workers in construction is white, middle-aged, non-disabled and male – and though this homogeneity of the workforce is not exclusive to this sector, neither is it a new revelation.

Over the last several decades, study after study has noted this issue, particularly when it comes to gender. For example, a recent UK Government survey found that only 13% of the sector’s workforce is female. Compare this with 20% in transportation and 21% in energy and mining (ONS), it is apparent that construction has a significant issue with inequality.

However, to capture the diversity of the world around us, we cannot focus only on gender. Statistics alongside the lack of female representation also make for grim reading. In the last census in 2011, 13% of the UK population identified as BAME (Black, Asian or minority ethnicity), yet ONS data found the percentage employed in UK construction is just over half that, at 7.4%.

The Construction Industry Training Board (CITB) found in a 2015 survey that this figure could potentially be as low as 4%. The 2018 OutNext / PwC Out to Succeed survey also found construction had the third-worst image of all industries as an LGBT+ employer.

With the issue appearing to remain problematic, some might suggest that the lack of diversity is not being taken seriously across the industry. If it were, then significantly more progress would have surely been made by now? While initiatives are clearly in place, it’s essential to measure the outcome, and this now tells us that the attempts to deliver diversity in the industry are failing. So, what can we do?

The diversity debate is beginning to change, and the acknowledgement of the industry’s shortcomings is now shining a spotlight on non-gender representation. As the research states, the construction sector is failing to recruit those from marginalised groups, primarily when related to sexuality, ethnicity, age and disability.

A recent study by recruitment analytics specialist Hays discovered that of those black people who managed to break into the construction sector, a startling 78% claimed they had experienced career restrictions due to their race or other demographic factors such as sexuality and age.

Whether this is down to structural prejudice or unconscious bias, it highlights the significant and clear challenge of discrimination in the hiring and promotion process that must be addressed. However, there are also compelling commercial reasons for quick action on the matter.

The sector is currently facing a shortfall in recruitment, particularly when it comes to young people joining the industry seeing construction as a long-term career choice. This is leading to shortages of human resources that are only being compounded by Brexit as many European workers opt to return to their native countries.

Industry 4.0 and the ongoing technological shift mean the construction worker of tomorrow is just as likely to be programming and operating a robotic bricklayer as they are to be mixing cement.

A diverse range of role models

The industry is aware of its need to act, but what measures can firms take to encourage more people from varying backgrounds to join the industry? What does meaningful change look like in practice?

The first port of call is a need to address the sector’s image problem. Typically seen as one that isn’t particularly welcoming to anyone outside of the middle-aged white bracket, construction needs to heighten the visibility of positive role models from varying backgrounds at every level.

UK Construction Week led a role model campaign in 2019 which sought to provide a platform for people across the industry, particularly those from under-represented groups, to share their success stories and discuss the challenges they have faced. Since then, application for roles in construction has increased four-fold, proving that having a relevant role model is enough to encourage someone to apply for a position in the industry that otherwise might not.

Alongside this, these role models must be backed by vocal leadership from the top. While many businesses have well-intentioned initiatives and policies in place, the industry is missing a joint and cohesive response. A lack of collective ownership is currently leading to many firms placing importance on what they need individually rather than what the industry needs as a whole.

This, to an extent, is understandable as the sector is very fragmented. Many companies seek out sub-contractors for projects, and this makes it very difficult to pinpoint who is responsible for promoting a diverse workforce on site. For this reason, the industry must work together with its role models and other firms to come together and create a genuinely inclusive and attractive sector.

A long road ahead

It is clear to see that the industry has a long way to go towards achieving a truly inclusive and diverse working environment. However, there are encouraging signs as we begin to see more leadership teams embracing diversity and inclusion programmes, and the research shows this is key to future success.

As we continue to progress into the new decade, more businesses must continue to implement initiatives such as focus groups, diversity training and mentoring to ensure increased awareness and the promotion of role models. This will enable the creation of a more open environment for people who are contemplating a career in construction.

At blu-3, diversity forms an integral part of our core values, and we strive every day to make not just our business, but the industry, more inclusive. Our diversity initiatives include awareness training sessions, equal opportunity policies and positive in-business minority group role models. Our senior-level KPI’s report monthly on diversity statistics to ensure we are acutely aware of diversity across our workforce.

We also offer coaching and awareness sessions to address subconscious bias, and as a multinational employer, we are proud of our diversity. We are aware that there is still work to be done, and we will continue to support training and education into enhancing our diversity-focused initiatives and actions.

As in any industry, construction does have a long road ahead before it reaches equal representation throughout the workforce. However, with the right mindset, commitment and initiatives in place, we can make the progress needed to create a genuinely inclusive and diverse industry.