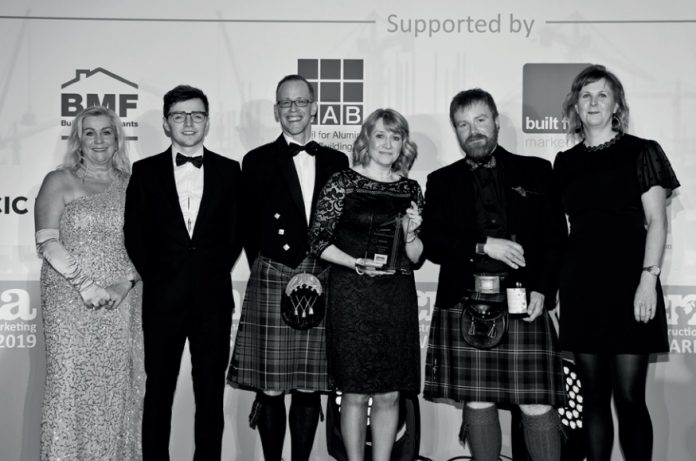 The A. Proctor Group received two awards at the CMAs (Construction Marketing Awards) in London last month for a fashion-inspired campaign

The CMAs have been running for 19 years and they aim to showcase the best construction marketing campaigns of the year from teams across the UK, highlighting creativity, innovation and marketing effectiveness in this sector.

This year the list of CMA award categories was expanded to 24, due to the competition having the largest number of entries to date. The winners were announced at a gala event at the Hilton London Bankside Hotel on 28 November. 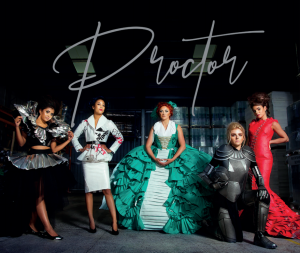 The A. Proctor Group won in two of the categories at the Construction Marketing Awards: ‘Best Use of Advertising’ and ‘Best Big Budget Campaign’. Their winning entry, a fashion-inspired campaign, featured five costumes that were made completely out of their high-performing construction membranes.

The marketing team at the A. Proctor Group collaborated with students from the University of Edinburgh to design and construct the outfits. The completed costumes were then professionally modelled and photographed at the company’s Dunkeld Road factory site in Blairgowrie.

The ideas behind the costumes were to create fictional ‘characters’ to explain the function and performance characteristics of the membranes and to show where in the building the membrane would be installed during construction.

The costumes were also recognised at the Futurebuild exhibition in London this year, with many people commenting on the fashion campaign on social media, including Neill Gibson who tweeted: “Congrats on making construction membranes appear almost sexy!”

On the night of the Construction Marketing Awards, judges commented that A. Proctor Group’s campaign was “innovative and exceptionally well executed.” They were also impressed with the depth of the campaign’s concept: “An interesting use of imagery to capture the audience’s attention while demonstrating the versatility of their products.”