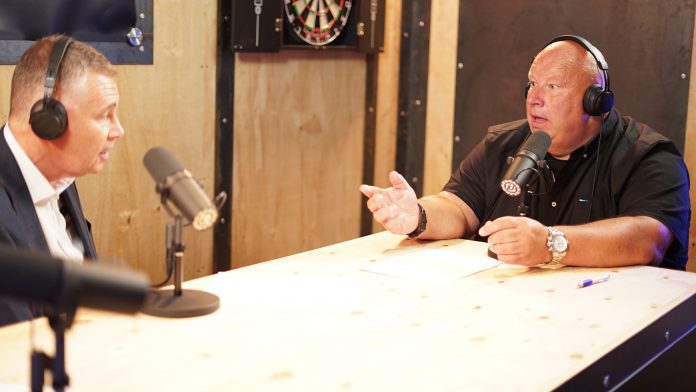 Talking about mental health has never been more important. Lasting impacts of Covid-19, price inflations, and material and supply shortages have acerbated the construction mental health crisis, with recent studies finding that the suicide rate among construction workers is three times the national average for men, Clive Holland from Fix Radio, explains

Clive Holland comes from a background in construction, starting in electrical wholesaling and owning his own construction business. Holland then went on to have a successful media career, working alongside big names such as Lorraine Kelly, and various Sky channels. From there, he found his career in radio, which is how he discovered Fix Radio in 2019.

“Initially, I wasn’t looking to go into radio I sort of just fell into it – I turned it down a couple of times to begin with, but ever since then it’s been great.”

Since Holland started working for Fix Radio, he came across the huge problem of suicide in the construction industry. He commented: “Around March/April time in 2019 and I got a call into the studio from a young man, and he said to me ‘I want to tell you something, a story about my father – he committed suicide because he was under so much pressure that he took his own life’.

“I remember thinking, wow, this is weird – it was totally unsolicited, because I wasn’t doing anything regarding that topic, but he just wanted to make that point to me. He told me that he took over the role of his father in the business, and within two years, he also felt suicidal.

“As soon as I started to dabble into [the issue], I realised just how high the suicide rates were. I just thought that this was crazy. Last year, the suicide rate was three times the national average. Why suicide exists in the first place – I don’t know.

“I know a lot of people who have come back from the brink, and unfortunately, I know many people who have suffered. It’s been quite a journey up to now, and it’s actually why I started this radio show. I want to get down into the nitty-gritty, to understand more about why this just happens.” 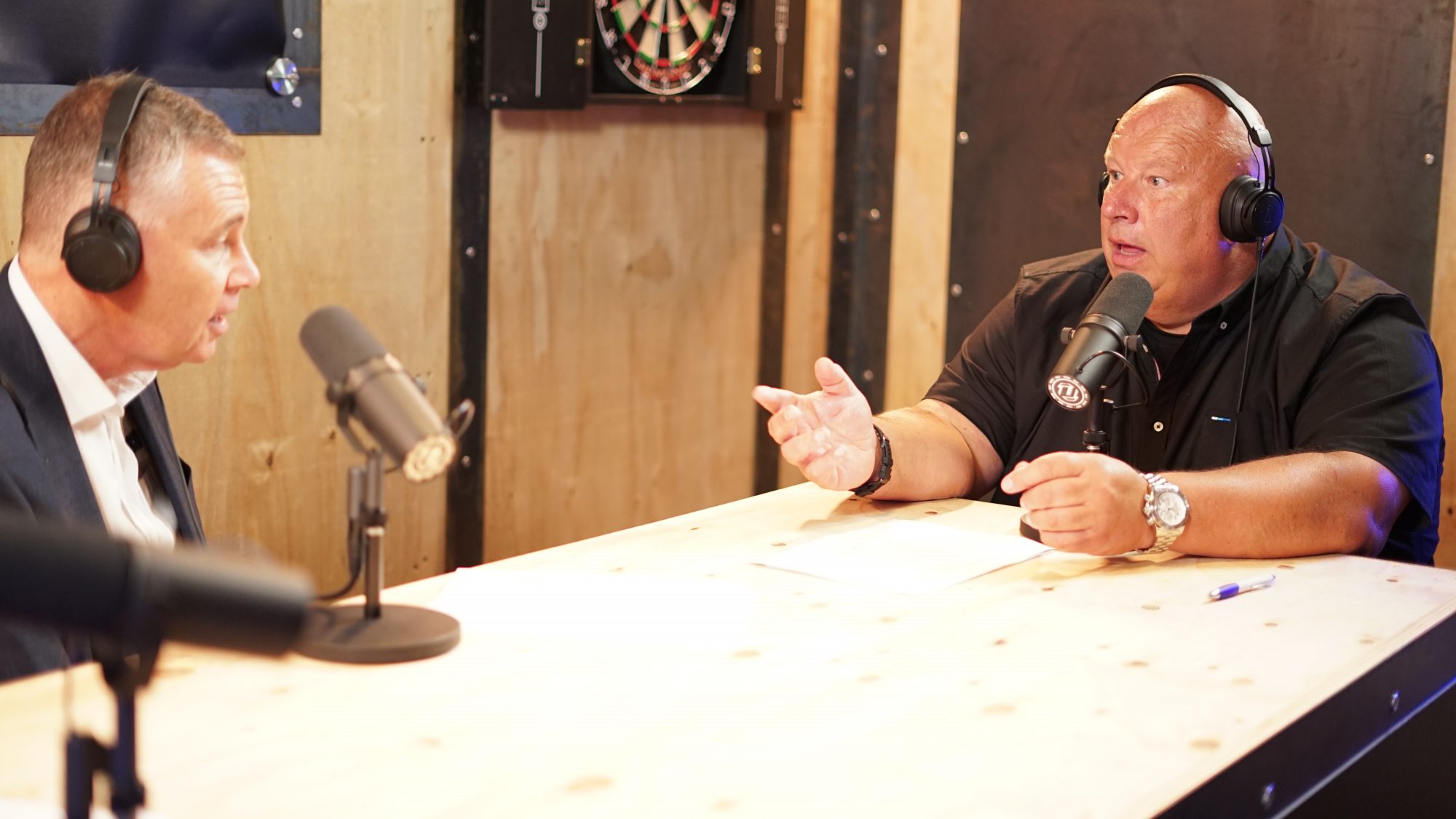 The suicide rate among construction workers is three times the national average. Why do you think that this is?

Clive notes that a lot of this is to do with the ‘machismo effect’, that as a collective, a lot of construction workers think: “I’m a geezer. I’m struggling, but I’m not going to tell anybody.” I think when this occurs, mentally it’s such a lot of pressure.”

Clive tells us of a worker he knew who was struggling with mental health and suicidal thoughts: “I can give you an example, of a man who had been running his business for 11 years, and for those 11 years he had been struggling but not been telling anyone.

“He was building up massive debt by taking out credit loans, loan sharks, all sorts of things like that. And he got himself five employees at the time, and he didn’t want to tell those employees that he had got no work, that he couldn’t employ them, and he was paying them using the payday loans.

“He kept them in work by having them clean the yard, doing work for his friends and family, and he didn’t want to admit that he was in trouble, and he wanted to talk. His next step was suicide.

“Luckily, in the early hours of the morning, and someone approached him while he was on the bridge, and just started talking to him. Doing this, he opened up, broke down and this person helped him to reach out. The business invariably went under – that was sad. Hopefully, those guys are back at work now.”

“The pressures of them having a business in an industry like that is immense. A lot of us guys were great with our hands, but not so great with talking. It is getting a bit better now, but it’s one of those things where the pressures come together.”

Clive adds: “I’ve spoken to wives who have young children, who have husbands who come home in their mid-thirties and took their own lives. Then they lose their house and don’t realise how much debt they’re in. All I’m saying is, let them spill the beans.”

Why do you think that mental health is such a taboo subject within the construction industry?

“People see mental health as a sign of weakness. Not just in our industry by the way, but everywhere. I’ve spoken to people who don’t work in the industry who have already broken down.”

In our industry, especially over recent years where we’ve had this huge increase in materials costs, a shortage of materials where we’re having to deal with clients who question why contractors haven’t been able to finish a job and working hard throughout the pandemic where friends and family have been able to work from home because the government, and all the targets that they want for housebuilding.

This has meant that construction workers have had to carry on, do the protocols the best they can without getting Covid, but still go to work every day. Additionally, their partner is probably either working from home or doesn’t have any work to do and is getting paid for it on the furlough scheme. Therefore, they feel left out.

As the industry tries to attract more women into construction, we’re facing another set of problems. We’re struggling because it’s a male-dominated industry, so it doesn’t really seem appealing. I’m born of seven older sisters, and they were always fantastic at talking. If they had a problem, they’d talk about it and that got passed down to me. What I’m worried about now is the women in our industry, are they going to fall foul of the same problems, with having to put a façade on, and adopting these attitudes towards mental health.

I think that company bosses should get their employees together at least once a month, to sit down and check in with everyone. It could be something that they’re not happy with on a company level from the management or things at home in their personal life, but if we discuss these things as soon as possible, we can prevent things from building up and suicide from becoming an option.

It’s the ‘small things’ that count

“One thing we’ve got to be able to do is to recognise that when someone is suffering mentally, it could be something physical like for instance, you can’t get out and about like you used to, and that can get you down.

“All it could take is for someone to make you a cuppa of your favourite brew. It’s the small things. And this applies on-site, even the most tattooed and typically ‘masculine’ person can be struggling, and when they talk about it, it strengthens their mental wellbeing.” 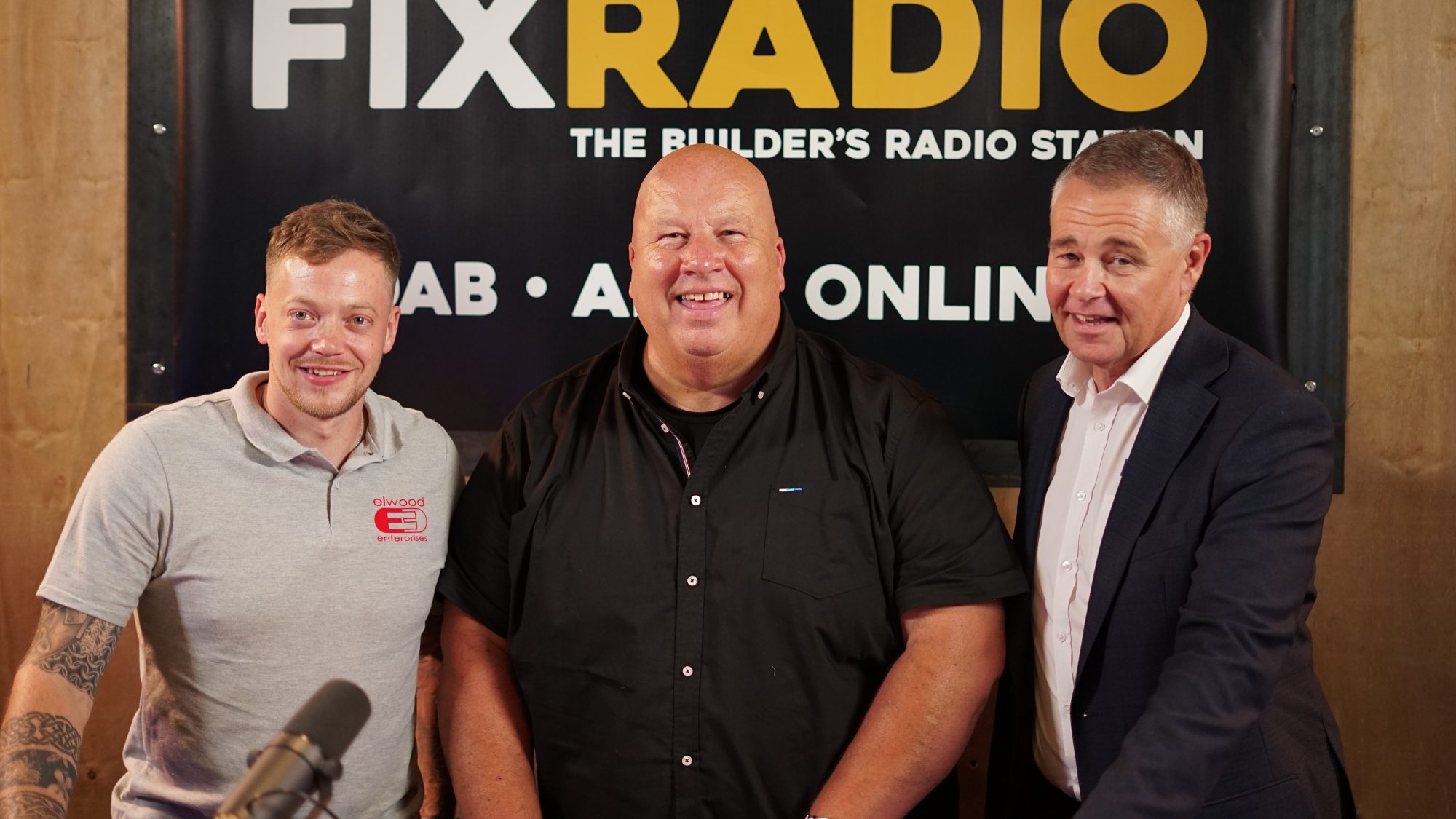 Do you think that the long-term impacts of the pandemic have acerbated the mental health crisis in construction?

The pandemic came out of the blue and changed everyone’s lives.

The government said to all construction workers that they had to keep on working, and then boilers broke down, electrics went wrong, plumbers had to come in for leaks etc. When you’re coming into domestic dwelling, I’m talking about the individual contractor, it could be a guy on his own, all of a sudden, he’s got to build in all of these protocols where he has to make sure he’s got the correct PPE before he enters someone else’s house and that the homeowners understand that they’re not going to come in without them understanding that same protocol.

However, I’ve heard from many individuals who have said that the clients wouldn’t follow the rules properly themselves.

They have two choices then: to carry on and do the job, and take the risk, or they say they’re not doing it and lose out on money and time. This is all adding to their stress, and they have to follow these protocols because they are the contractors and have to show that they are following government guidelines.

This stress is then carried on home, and people start questioning if they’re in the right business. It’s a phenomenal business to be in – we’re stressing this a lot to teachers at the moment – to not teach students that construction is the last resort, that if you don’t do well in school, you’ll end up on a building site.

Whilst construction is for a certain type of person, the rewards are fantastic! To be able to run your own business as well is great once you’ve got the skills.

‘A simple conversation can take a massive weight off your mind’

Back when I was in the industry, suicide was not a discussed topic. If we can get people moving more into the 21st century in terms of attitude, times are changing.

People need to understand that just a simple conversation can take a massive weight off your mind! That’s why spreading the message is so important, because reading something like this, can reach a lot of people, and you never know, someone reading it just might need it, and it can save a life .

What tips would you give to someone who was concerned about their colleague’s mental health?

When you work with someone every day, you’ll notice their personality. If that personality is changing, and there’s a noticeable difference, you’re more than likely to notice it. However, a lot of people notice these things and think it’s better to not get involved, because when you do, you take on their caseload.

I get that, but just asking a simple, genuine “are you okay?” can really make a difference. Make sure you’re making eye contact, invariably, most of the time people will just brush it off and just say that they’re fine, but the more you persist, the more that they’ll open up to you.

It might be as simple as asking if they want to discuss it over a coffee, or a drink, and just letting them offload, and point them in the right direction if you feel like you’re not able to handle it. That’s stress in itself, taking someone else’s stress on board!

It’s so important having someone to talk to because it makes the burden of the problem lighter. And you might not know how to solve the issue directly, but you can always point them to someone who does or help them find out. That’s the beauty of the internet because all that information of who to turn to is out there somewhere.

If you are struggling with your mental health and need professional support and advice, please contact the numbers below: