Ian Streets of About Access discusses the design of doors and their role in accessibility and safety, something often overlooked.

We’ve seen all sorts of issues with doors. Probably the most ridiculous is the one with the fire door propped open by an extinguisher.

There are other obvious problems, such as escape routes blocked by cleaning equipment or by furniture which has been stored out of sight. And there are the less noticeable hitches, some of them so subtle that you don’t see them until you’re literally on the doorstep.

One public building we looked at had steps, a ramp and a canopy all of which leads first-time visitors to believe it’s the entrance. But it’s the emergency exit, and the actual entrance is another one about five metres away.

The importance of signage for doors

The problem is the lack of adequate signage. Unless you’re familiar with the building, you don’t know that one door is the emergency exit until you get right up to it and see the A4 piece of paper indicating that the entrance is somewhere else. That might be fine for most people but it’s not ideal for someone who has limited mobility and doesn’t find it straightforward to manoeuvre themselves even a few yards.

As a golden rule, in designing doors which are the main entrance to a building, or exit routes from a building, make them stand out and give people every chance of identifying them.

The next step is to ensure that as many people as possible are able to use the doors. Is the door manual? How heavy is it? Is it wide enough? People will often consider the needs of wheelchair-users when it comes to designing a door, but what about if you are visually impaired and you have an assistance dog, or if you have two sticks and you need more space?

Guidance tells us that you should allow at least 1,000mm clear width for entrances and the associated lobby doors. But there is more to think about than space.

Power operated doors are widely used. Some are activated by a sensor which detects motion, but although they should pick you up when you approach they may not know if you are still within range when the door closes. It could close before you get all the way through.

Another option is a presence sensor, which will detect someone within range of the door leaf and will not close on them. There are also doors which operate with a push pad, and there are power-assisted doors that you start to open yourself.

Revolving doors are popular but are not recommended for a lot of people because of their size and because generally they have a lot of glass and stainless steel, which can be a problem for blind and partially-sighted people.

Space issues are the same as with other doors, and the speed at which these doors revolve can also be a problem. If you have one there must be a conventional door next to it which is unlocked and ready for use whenever the revolving door is operating.

Manifestations are important whether you are talking about conventional doors, sliding doors, revolving doors or anything else that uses a lot of glass. We’ve covered this in detail before – under the provisions of BS8300 and Part K K5.2 of the Building Regulations, suitable manifestation comprises permanent markings or features at a height which will make the glazing more visible to building users.

It is helpful to provide some sort of shelter for people who are waiting to use the entrance. This could take the form of a recessed entrance, but if a canopy is fitted care should be taken to ensure the supports do not cause an obstruction.

Accessibility of your threshold

The threshold should be level and, if not, then certainly not higher than 15mm, pencil rounded for easier access by wheelchairs. If weather mats are used they should be designed to remove water from feet and from the wheels of wheelchairs, and consideration should be given to the type of material used. Go for short pile for ease of access for wheelchair users, and avoid coir matting because it’s like trying to push a wheelchair through sand. Think about the colour as well – if it’s too dark some visually-impaired people or those with dementia might see it as a hole.

Finally, and going back to those obvious issues, an entrance should not be in a confined space and should not be blocked by A boards and other obstacles. Accessibility is about good design, and it’s about common sense. 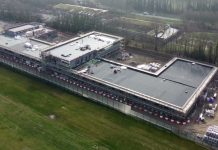 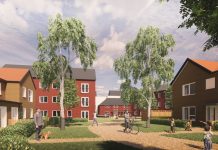 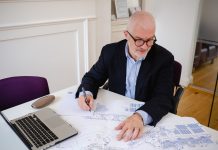 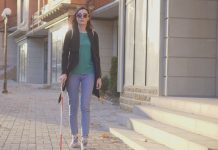 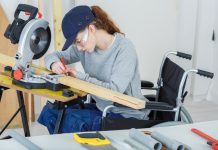 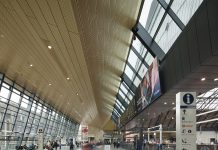 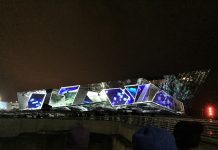 City of Culture club can learn from each other on diversity

Strategic Place Partnership to be piloted by Homes England and Greater...