2020 must be a year of great change in affordable housing. Modular construction offers a solution, says Richard Hyams of architect astudio

In reviewing the events of 2019 and planning for the year to come, one thing is clear: 2020 is the year the housing and construction industries must change.

Even with a lot of talk and effort directed towards tackling the affordable housing crisis, a look at the numbers shows at best shaky progress, with the outlook for issues such as affordable homeownership appearing bleak if the status quo is maintained.

The reality is that not enough progress is being made and it’s not happening fast enough with conventional solutions. The conclusion must then be that the government, town councils, developers and residents must look for new, creative solutions which go beyond common ideas and practices in order to fix this deepening problem.

A promising solution can be found in modular construction, a by no means new concept that is seeing the beginnings of a renaissance in the UK and which holds great potential as a desperately needed solution to the housing crisis. Through advancements in artificial intelligence and virtual reality assisted design, as well as improved offsite manufacturing techniques, modular construction now offers developers, tenants and homeowners a level of quality assurance and construction speed previously not possible.

Additionally, this method enables an industry that is currently one of the main contributors to the UK’s carbon footprint the ability to produce sustainable buildings at a cost which competes with conventional construction methods.

However, there are some significant hurdles that modular housing needs to overcome for this technology to become more widely implemented. The UK population is largely wary of this type of home and, due to historical, but significant, quality assurance failings, are generally not inclined to purchase new build homes.

Furthermore, the construction industry, lending companies and government regulators have been slow to clear away outdated policies and practices in order to make way for the modular industry’s growth.

The state of housing and affordability going into 2020

According to a January report from the charity Shelter, at least 1.2m homes are needed in order to accommodate younger families who are currently unable to afford ownership but struggle through the expensive and insecure rental market. And while efforts to provide these homes have been made by the government, who committed to building 300,000 homes a year, that goal has consistently not been met, with only 217,000 being built last year. Of these, only 57,485 were affordable.

These figures don’t even begin to touch on the issue of affordability for actual homeownership, which is too often not addressed when reviewing the housing crisis. Of those site starts from the last year, a mere 1,224 were intended for affordable homeownership or 2%, showing an overall disinterest from developers in building homes to be owned by the 1.2m people of the Shelter report.

To make matters more concerning, architects, regulators and developers are facing a potential crisis of faith in new build homes. According to a YouGov survey from Shelter, 51% of homeowners in England reported experiencing major problems with their new build properties including construction, unfinished fittings and faults with utilities. Some 41% of homeowners disagreed with the statement “I would prefer to live in a new home rather than an older one”, while only 29% agreed. Furthermore, 45% disagreed with the statement “New homes are built to a higher standard than older homes”, while 22% agreed. This demonstrates a serious issue for the future, as the 300,000 homes the government has committed to build will be of little use of potential buyers don’t want them.

There are three primary conclusions to be drawn from these statistics: 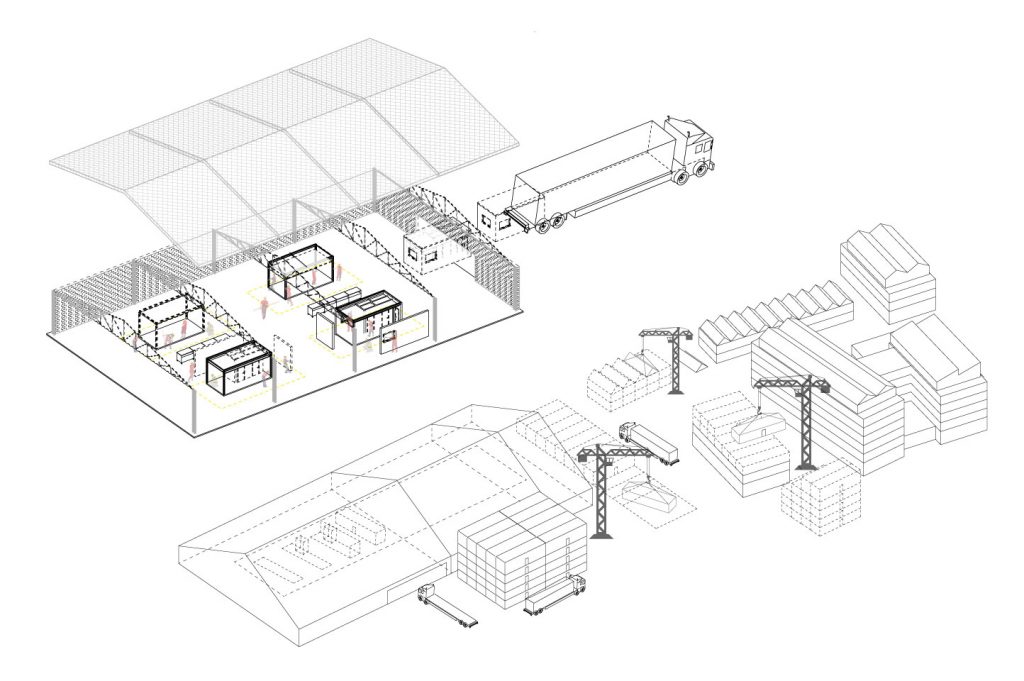 Modular housing is already working elsewhere, but slow to be accepted in the UK

Compared with other parts of the world, the UK has been remarkably slow to adopt modular housing, in spite of promising figures for how it could help relieve the nation’s housing crisis. According to Forbes, during the 2017-18 period, only 7.5% of the homes built in the UK used prefabricated or modular elements compared to 15% in Japan, 20% in Germany and an immense 84% in Sweden.

Part of people’s reticence to adopt this construction method has been attributed to memories of Britain’s infamous post-war prefabricated homes, which were notoriously poor quality and generally unsightly. However, much of this can also be attributed to the above-mentioned wariness towards new builds and poor regulatory incentive structures for developers. Producing modular homes requires significant upfront investment, which goes against the conventional build-as-needed business model of developers, plus unwillingness for lending companies to finance mortgages on these types of properties.

However, the past few years have seen promising changes that make modular construction a more attractive solution for both developers and would-be owners, with over £12bn of venture capital investment in real estate-related start-ups in 2019 and key support from government figures. Last November, housing minister Esther McVey went so far as to say that the modular housing industry could be worth as much as £40bn once it had matured, voicing a growing optimism for the wider popularisation of the technology in coming years.

A core incentive to switch to modular housing is the reduction in construction time. Building a home in a factory rather than on-site has been reported to reduce construction times by up to 30% and total development time by up to 50%.

Some advantages include that a factory can operate 24/7 without having to worry about disrupting surrounding residents; the outfitting of fixtures, electrics and amenities can be completed before shipment; quality is easier to standardise and monitor; plus fewer construction workers are needed on-site to install the building. This means that a project that would previously take months to complete, and could suffer delays due to weather or worker shortages, could now be completed in only a few weeks, making government housing goals far more achievable than they are at present.

A step in the right direction for sustainability goals

According to the UK Green Building Council, approximately 10% of the UK’s carbon dioxide emissions are directly linked to construction, with cement production alone accounting for 8%. This figure does not account for the actual running of homes through heating, appliance usage and other day-to-day factors, which brings the total CO2 contribution of the built environment to approximately 40%.

Some estimates say that the switch to offsite construction, as well as increased efficiencies in power usage and heating, could reduce this carbon footprint by as much as 40%. Factory building also reduces the need for heavy machinery on construction sites and reduces the amount of material waste that normally results from conventional methods.

In order to have a chance of meeting our sustainability goals for the future, serious changes need to be made to how we build our homes. Modular construction offers one of the most comprehensive solutions, with cumulative long-term effects as more and more of the housing sector becomes decarbonised.

The dream of owning a home could get closer

At this relatively early stage in the industry, building a modular home actually costs around 12% more than a conventional build. However, the money saved in reduced build time puts a developer’s overall net savings at about 7%. It’s not a big difference, but as the technology and expertise becomes more common, demand grows and production capacity rises to meet it, all signs point to modular housing being a vital solution for the housing crisis, which makes ownership a realistic goal for larger parts of the population who are currently stuck renting. Some early stage three-bedroom models are already to transport for between £65,000 and £79,000, not including the land.

If we truly want to see the housing crisis dealt with, while bringing the UK construction industry and housing market into the future, perspectives need to fundamentally change around modular technology. We need to ask ourselves how we as a country want to live and what kind of homes we want to live in – homes which are affordable, built to endure and which meaningfully contribute to sustainability goals. Open-mindedness and the encouragement of innovation along with a concerted effort to bring the option of homeownership back to the majority of the country’s population are essential to our prosperity and future growth. At astudio, we have been pioneering new cutting-edge design techniques and manufacturing methods to make these goals a reality. We firmly believe that modular housing is the best approach to make these immense goals possible and think 2020 is the year progress can and should be made. 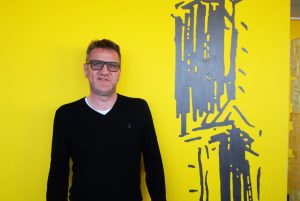