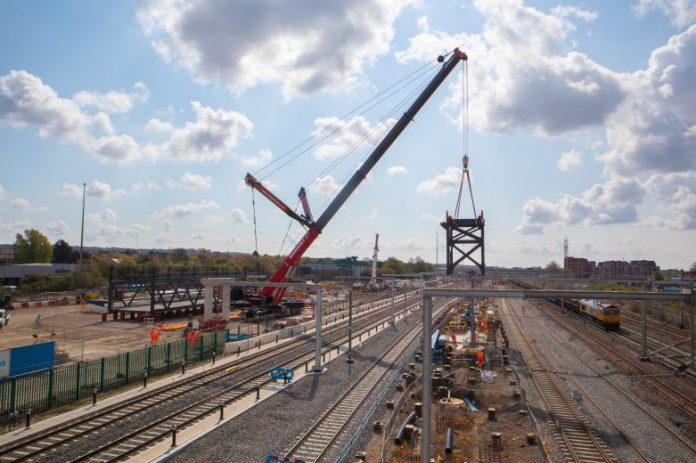 Brent Cross West station may not be scheduled to open until December 2022, but the latest landmark on the project has been 150 years in the making.

The span bridge lifted into place weighed 86 tonnes and was 32m long.

The bridge was fabricated offsite in Doncaster and delivered to the site in sections, where it was assembled before being lifted into place on 1 May, using a 750t mobile crane in the eastern site compound.

While the bridge is the most visible milestone to date, it is one of several key achievements taking place in quick succession in and around the new train station.

In March 2021, the new sidings were completed, clearing the way for the new station construction.

This was accompanied by a new level crossing installation, allowing staff to cross the tracks safely to get to and from the trains. 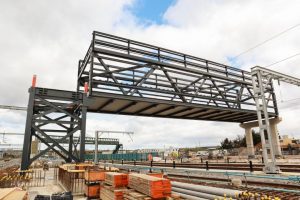 Over the recent bank holiday weekends, work to move existing rail lines, and rebuild sections of the track were undertaken, to make way for the new platforms which will serve the station.

The overbridge will be completed later this year and will be available for public use when the station opens in 2022.

“Being able to create a crossing for the Brent Cross community is something we are all proud to be a part of, and we thank everyone for their ongoing support as we continue to construct the new station.” 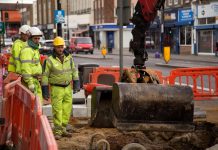