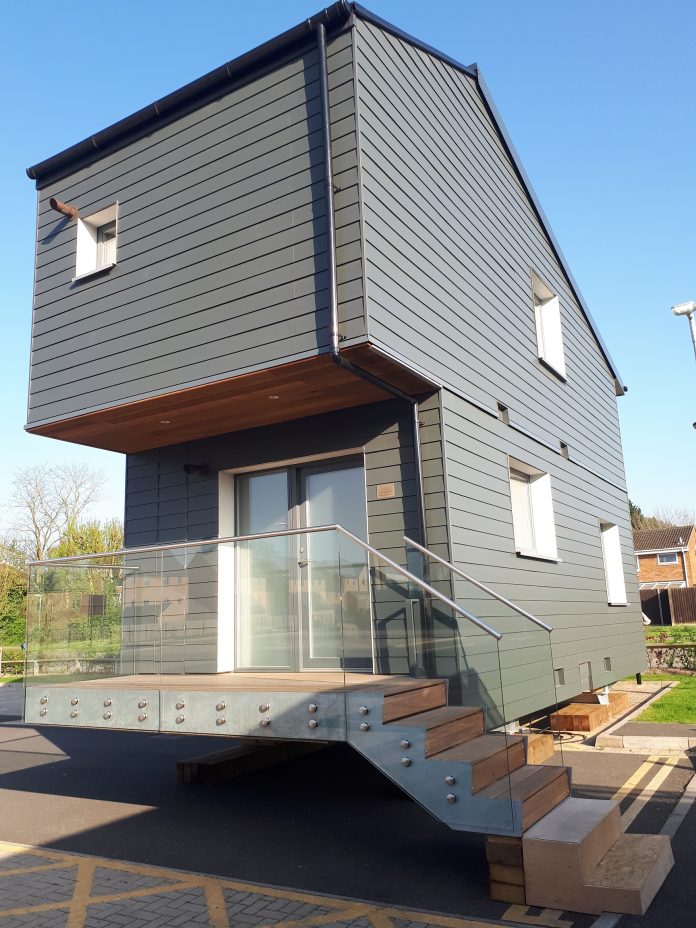 Councillor Paul Smith, who made the announcement to an audience of 300 at the Bristol Housing Festival’s launch at City Hall, also committed the council to investing in six rapid-build, modular homes from ZEDPods to be put up on one of the sites and offered to people in housing crisis within six months, subject to planning.

Some of the sites that will be used would normally be seen as undeliverable using conventional housing development methods. However, the Festival will use them as test sites to prototype better ways of living in the city which has a serious housing shortage.  An average two-bedroom house in Bristol costs £222,000 last year compared to £60,000 in 1990. Each night, around 500 families with children are staying in temporary accommodation.

Smith, who is Cabinet Member for Housing, said: “The council is completely behind the Bristol Housing Festival. We will support them in using the city as a laboratory for housing innovation, making available a variety of sites. Some of these will seem ‘impossible’ – some will be between, on top of or even underneath existing buildings.

“So, we are inviting ideas from all over the world and saying let’s be imaginative, let’s challenge, and let’s be prepared, if necessary, to fail and try again.”

Homes that are manufactured offsite, such as ZEDPods, are particularly suitable for challenging sites, as they can be delivered and then put up quickly, sometimes in as little as a day.

Jez Sweetland, the Festival’s Project Lead said: “We have systemic failure in housing – it’s not working for this city, for our nation and around the world. We need courage to work together to think differently and prototype and start again.

“We are full of admiration for the Council’s political courage in supporting the festival. It is not about having all the answers – instead, the festival is about trying out new ideas and re-imagining better ways to live in our cities.”

Mayor Rees, who also spoke at the launch event, added: “The festival can turn the city into a living exhibition of the latest and most innovative approaches to housing and finding the best way of tackling our housing crisis.

“It is not just about homes, but about communities too, and solving wide social challenges such as social isolation and mental health issues through housing.”

The ZEDPods are on display at the Festival’s launch exhibition, along with a range of other alternative and affordable housing prototypes.

The free exhibition, which opened on 19 October and runs until 4 November, has already attracted more than 2,500 visitors. Exhibits also include modular two-storey homes from Totally Modular; a modular apartment from Tempo Housing; a single storey unit from We Can Make; and shipping container home conversions from ISO Spaces and Help Bristol’s Homeless, as well as scale-models and cutting-edge tech such as virtual reality games and a robot.