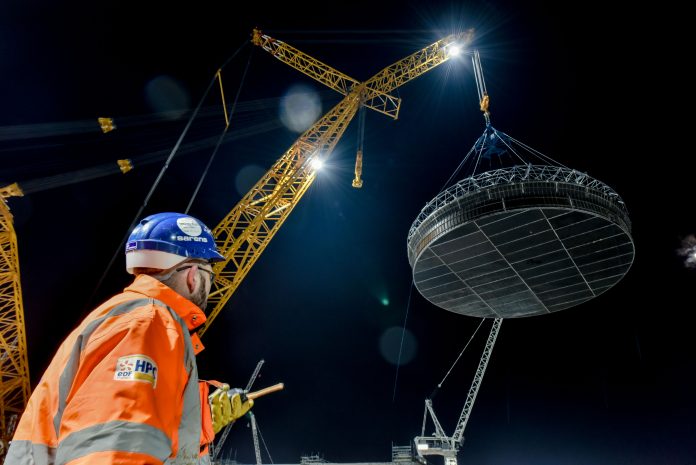 Engineers at Hinkley Point C worked through the night to complete the first big lift by the world’s largest crane, ‘Big Carl’

Big Carl, the 250m crane lifted a 170-tonne prefabricated part of the reactor’s steel containment liner into place on December 18.

The achievement marked the end of a year where all the milestones for the new nuclear power station were met.

The lift had been carefully planned to take advantage of a small weather window last night. The project is now focused on completing the base of Unit Two in 2020, as planned, 12 months after Unit One.

Productivity improvements between the two units show the benefit of replication and using experienced workers repeating the same design. This approach will be used for the proposed near-identical plant at Sizewell C in Suffolk.

The project is also strengthening UK skills by joining in the creation of a national welding centre in Somerset, a UK nuclear Technical Services Organisation in Gloucester and a UK EPR engineering design centre in Bristol.

Hinkley Point C managing director, Stuart Crooks, said: “The first big lift is another impressive achievement and I want to thank the teams who’ve worked so hard to make this possible.

“The experience from civil and nuclear construction and operation across the world at Hinkley Point C is first class and I am pleased to say that we have ended 2019 with all milestones achieved.

“We know that Hinkley Point C’s success is essential in the fight against climate change – in a future when renewables and nuclear will be needed to fill an energy gap as we move away from polluting fossil fuels.” 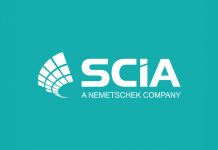 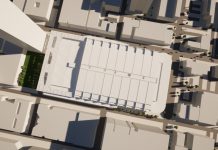