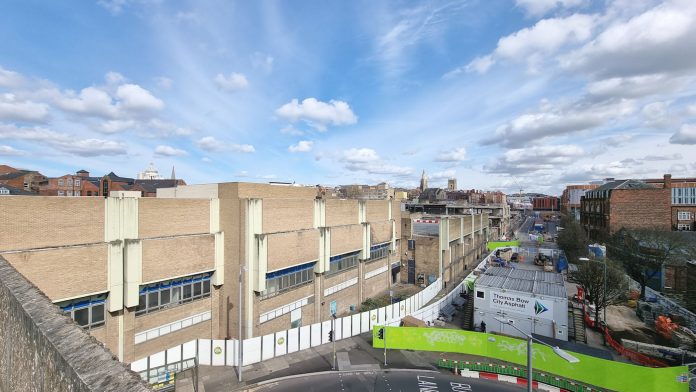 Nottingham council has secured £8m from D2N2, the Local Enterprise Partnership, via the Getting Building Fund, along with a further £4m from the Transforming Cities Fund.

The council appointed Willmott Dixon through SCAPE to demolish the remaining North West part of the former shopping centre.

This will see the area from the NCP Arndale Car Park to the current covered right of way connecting Lister Gate and Collin Street demolished, which will enable a new and wider pedestrian street that improves the busy north-south route into the city centre that used by over two million people a year

Nottingham City Council will also use the Getting Building funding to produce a new masterplan to transform the whole of the former Broadmarsh Centre.

The project has been procured through SCAPE Construction, a direct award framework designed to drive collaboration, efficiency, time and cost savings. 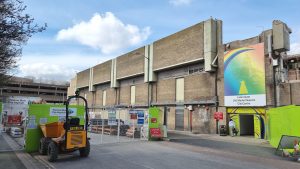 Time to modernise and rebuild

Mark Robinson, group chief executive at SCAPE, said: “The demolition of the remaining Broadmarsh Centre site marks the start of a transformative plan to regenerate the area and breathe new life into its surrounding communities.

“By accelerating the project through our framework, Nottingham City Council has been able to respond to intu’s collapse and plot a new course for the centre’s future.”

David Mellen, leader of Nottingham City Council, said: “The Broadmarsh Centre is one of the largest regeneration areas in any UK city, and presents us with a once-in-a-generation opportunity to renew our city centre and our city’s character.

“It makes sense to take this opportunity to start to demolish this part of the shopping centre now rather than try to modernise and rebuild it.

“This first phase of demolition is the start of our plans to redevelop this area, opening up the city centre and extending the excellent new public open spaces being built on Sussex Street, Collin Street and Carrington Street.”

Nick Heath, director of delivery at Willmott Dixon’s Nottingham office, said: “Re-imaging the Broadmarsh space will be a critical factor in driving Nottingham’s growth for many years and we are delighted that our skills have been called in to play a part in this crucial next step.

“As a local business ourselves with an office close to the site, we’ll be ensuring that Nottingham-based businesses benefit from this work as we join forces with Scape to create a bright new future for the city.”