The value of UK construction disputes has fallen 47%, significantly below the global average, according to design and consultancy Arcadis. Yet despite falling values, disputes are taking longer to resolve. Gary Kitt, UK head of contract solutions, explores the leading causes of disputes and discusses what you can do if problems start to arise

From France’s Grand Paris Project to New York City’s Hudson Yards development, mega-projects around the globe are continuing to expand apace. As a result, the procurement, contracts and construction of these projects will inevitably become more complex, with more and more parties involved in the construction process. Public projects in particular, which are often highly visible and sometimes politically charged, can be under intense levels of scrutiny in terms of cost and delivery.

In the UK, projects including High Speed 2 (HS2) and the Birmingham 2022 Commonwealth Games Village are still forecast to start in 2019. However, it is likely that wider growth in the UK construction industry will slow, not least in the shadow of uncertainty caused by ongoing Brexit negotiations. Consequently, we’ve seen delayed investment decisions resulting in fewer new projects coming forward; particularly in the private commercial sector.

There is likely to be increased competition for new work, with contractors experiencing periods working below capacity. It means that commercial decisions might be taken that could lead to disputes when differences arise. Ultimately, if uncertainty and expectation aren’t managed properly, projects can fail. Plans might be either too optimistic or external events and risks can impact the delivery schedule. The real key to ensuring both the successful delivery of the project and avoiding any claims lies in successful risk management. This means identifying, assessing and responding to uncertainties from the very outset.

Construction disputes in the UK

It highlights the average value of disputes in the UK has fallen 47% to $17.9m; well below the global average and a significant decrease on average values over the last six years. The report identifies the UK as being the jurisdiction with the shortest average length of time to solve a dispute – just 12.8 months. However, this is up approximately 28% on last year and consistent with the global trend, whereby disputes are taking longer on average to resolve.

More worryingly, however, the number one cause of disputes for the fourth year running in the UK continues to be a failure to properly administer the contract. Unsurprisingly, almost two-thirds of respondents stated that proper contract administration would have had the single largest impact in avoiding the disputes they were involved in.

Equally, while it is encouraging that the most common period for resolution is settlement prior to proceedings, most disputes in the UK are still being resolved after they have crystallised, rather than parties seeking to avoid or mitigate potential dispute situations as they arise. While it is promising that the most popular method of resolving these disputes is through party-to-party negotiation, this is still typically occurring at a stage in the dispute cycle when the most effort, cost and time are required.

The number one factor that could have the biggest impact in avoiding disputes was identified as “a willingness to compromise in the dispute”. As the industry seeks to better understand and address the impact of human factors in disputes, the aspiration is that early dispute resolution techniques – such as dispute avoidance – will become increasingly common. The construction industry is learning the value of engaging in proactive dispute avoidance, mitigation and resolution techniques. However, success typically depends on taking a multi-dimensional approach to potential issues (see fig 1).

The first step in seeking to avoid any disputes should be to embed a conscious decision-making process into any project, focusing on client objectives, project constraints and the contractual framework in a way that addresses risk from the outset. Better training for everyone involved in administering contracts can go a long way towards avoiding disputes as they arise, along with a robust set of contract terms and effective progress reporting and monitoring procedures.

If a dispute should arise at any point, it should be addressed immediately in order to help mitigate the impact. This is where effective and proportionate investigation processes come into play, identifying key issues and – crucially – possible recovery measures. If a dispute results in formal proceedings, adjudication and mediation top the list of possible resolution methods in the UK, alongside negotiation, in which case expert advice should be sought at an early stage to assess the merits.

Collaboration is one of the most important factors when it comes to avoiding or mitigating potential disputes as they arise. Employers, contractors and the supply chain should focus on long-term planning and relationship building, but equally there are a number of effective risk allocation tools that could be used.

As the UK construction industry continues to transition towards greater use of digital technologies like BIM and 4D, 5D or 6D modelling, we are likely to see an improvement in risk allocation much earlier on in the process. It allows for multi-party engagement towards a collaborative resolution to difficulties that might arise.

The UK has long been a world leader in effective avoidance and mitigation strategies, but there is still much work to be done. Early involvement techniques, including effective risk management being used as a tool to maximise efforts in the avoidance of disputes, will do much in terms of helping to reduce average dispute values and resolution timelines. More collaborative behaviour, fairer risk sharing and a better understanding of how contracts are intended to be operated will all be critical for the effective avoidance and mitigation of disputes in the future.

To find out more, the Arcadis Global Construction Disputes Report 2019 – containing detailed analysis of research findings and insights into the results – is available for download now. 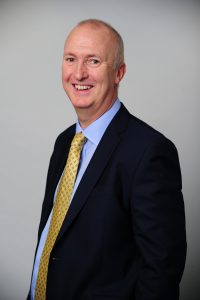