Figures from 2018 reveal the value of construction contracts awarded in the Northern Powerhouse totalled £13.2bn, a decrease of 24% on the previous year

The Northern Powerhouse is a regional grouping, of the North East, the North West, Yorkshire and the Humber and North Wales. Initially coined by the coalition government of 2010-2015, the group drives investment in skills, innovation, transport and culture in northern regions of Great Britain.

The ‘Regional Construction Hotspots in Great Britain’ is an annual report from Barbour ABI and the Construction Products Association (CPA) which provides a regional analysis of construction contracts awarded in 2018, accounting for local trends and particularities that aren’t always reflected at a national level.

By analysing the value of contracts in regions across residential, infrastructure and commercial sectors, the report identifies ‘hotspots’ and ‘coldspots’ as pockets of growth or contraction over the near-term horizon.

In terms of overall contract awards in the Northern Powerhouse, Durham, North & North East Lincolnshire, and Conwy & Denbighshire were ‘hotspots’, whilst Sheffield, Blackburn with Darwen, East Lancashire, and Chorley & West Lancashire were ‘coldspots’.

Residential contract awards totalled £5.8bn in 2018, falling 13.1% from the previous year. Gwynedd was the sole hotspot. Liverpool featured in the top ten contract awards with two residential towers in 2018: the £65m Lexington PRS tower and the £60m Infinity Tower 1. The largest contract award was the Preston Road development of 256 houses Preston for £160m. 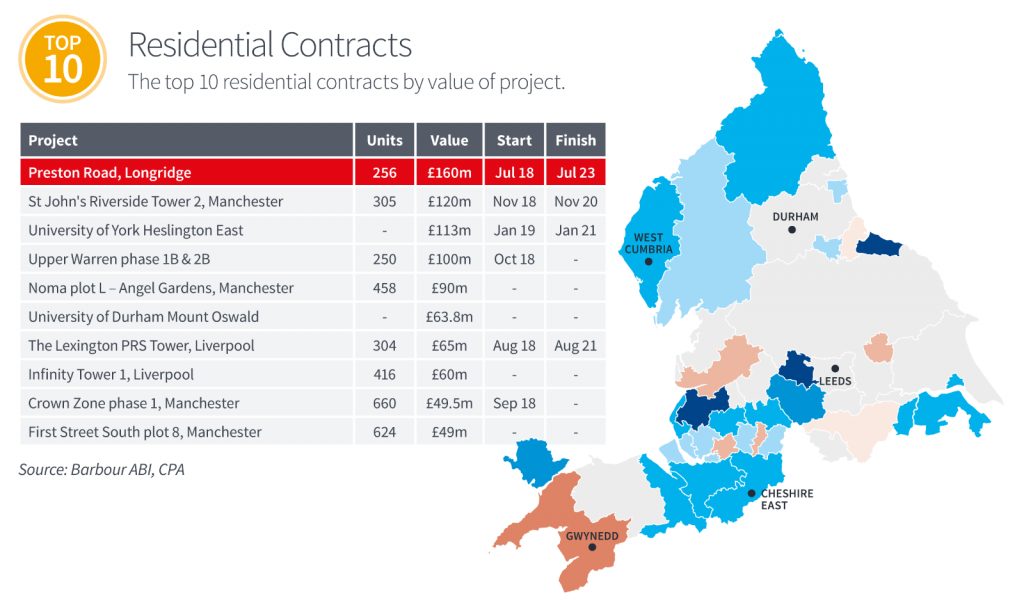 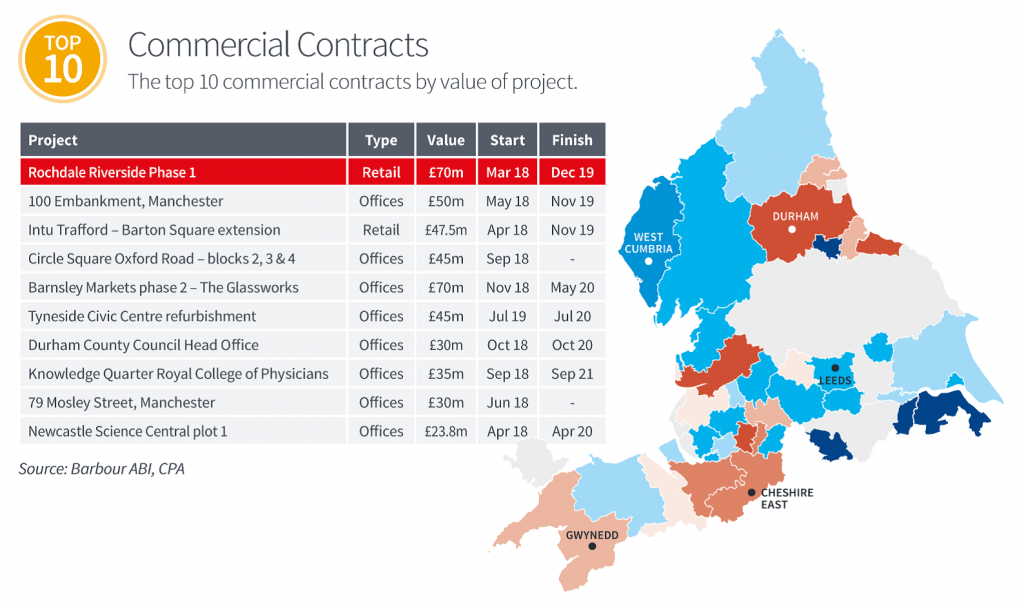 Infrastructure contract awards totalled £2.1bn in 2018, a 59.3% decrease from 2017, which included the country’s largest contract award in Leeds (the TransPennine Rail route upgrade). 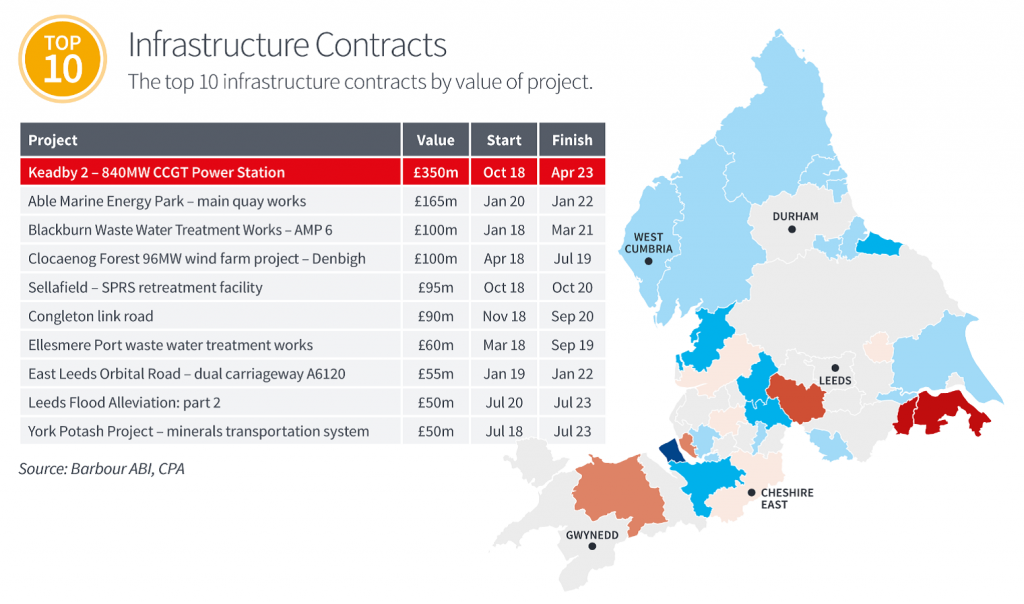 Tom Hall, chief economist at Barbour ABI, said: “The Northern Powerhouse scheme was set out to build the economy, but at a first glance, these figures do not seem to reflect the ambitions of the strategy.

“All three sectors have seen a decline in 2018, infrastructure contract awards have seen the most substantial decrease at 59.3%, despite two of the top ten largest national infrastructure projects being in this region. However, there are several hotspots in the regions, particularly in the commercial sector. The majority of this growth was due to the warehousing subsector which saw a large increase in new contracts as consumer activity continued to move away from the high street.”

Rebecca Larkin, senior economist at the CPA, added: “The clear intent of establishing the Northern Powerhouse to rebalance the UK economy away from the traditional southern engines of growth has been dulled by the smaller pipeline of projects that has emerged across the constituent regions over the last 12 months.

“As the region comes back to the political fore, and following the broadening of the ministerial remit, a focus on driving capital investment in infrastructure would help support wider growth opportunities for commercial and residential development as well.”