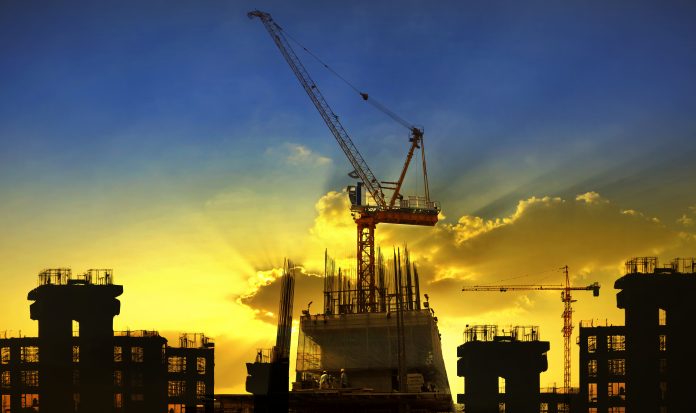 October data pointed to a continued decline in UK construction output, with overall volumes of work falling for the sixth consecutive month, according to the recent Construction PMI survey

The latest survey also revealed a sharp drop in new work, although the rate of contraction was the slowest for three months. Meanwhile, construction companies continued to reduce their workforce numbers in October, which was linked to weak order books and concerns about their near-term business outlook.

At 44.2 in October, the headline seasonally adjusted IHS Markit/CIPS UK Construction Total Activity Index registered below the crucial 50.0 no-change threshold. The latest reading was up from 43.3 during the previous month, but still close to the ten-year low seen in June (43.1). Construction companies noted that client demand remained subdued in response to domestic political uncertainty and the economic backdrop.

In some cases, survey respondents noted that unusually wet weather in October had acted as an additional headwind to construction output. Lower volumes of work were recorded across all three broad categories of activity.

Civil engineering was the worst-performing area, with business activity falling at the sharpest pace since October 2009. House building also decreased at a faster rate in October. Latest data pointed to the greatest drop in residential work for over three years. At the same time, commercial construction fell for the tenth month running, but at the slowest rate since May. New orders dropped for the seventh month in a row during October, but the rate of decline was the least marked since July.

Construction companies noted that clients continued to defer decision-making on new projects in response to political uncertainty and concerns about the economic outlook. Survey respondents also suggested that intense competition for new work had resulted in more widespread price discounting to secure contract awards. Softer demand conditions and a lack of new work to replace completed projects resulted in another fall in staffing levels across the construction sector.

Employment numbers have declined in each month since April, which survey respondents mainly attributed to the non-replacement of voluntary leavers. Input buying dropped again in October, but weaker demand for construction products and materials did not prevent a further lengthening of suppliers’ delivery times.

The latest downturn in vendor performance was the sharpest since June, with construction firms commenting on stock shortages among suppliers (especially plasterboard and insulation materials). However, input cost inflation was the lowest for just over three-and-a-half years. Business optimism towards the year-ahead outlook for construction work remained among the weakest seen since 2012.

Tim Moore, economics associate director at IHS Markit, said: “UK construction companies experienced a downturn in business performance during October as political uncertainty and subdued economic conditions again combined to hold back sales. New orders have fallen in each month since April, which is the most prolonged period of decline recorded for more than six years.

“Civil engineering was the worst-performing area of activity in October, with business activity dropping at the fastest pace in ten years. Construction companies also voiced concerns about the uncertain outlook for large-scale infrastructure projects upon which growth is expected to rest in the coming years.

“House building has also lost momentum this autumn amid a broader slowdown in market conditions, with the latest survey data signalling the sharpest drop in residential work since June 2016.

“There are clear signs that construction firms are positioning for an extended soft patch for project starts, as highlighted by a further decline in purchasing volumes and another month of cuts to workforce numbers through the non-replacement of voluntary leavers.”

Brendan Sharkey, head of construction and real estate at MHA MacIntyre Hudson, added: “Many companies will be worrying about their pipelines as work dries up, a trend which has persisted for the past six months.

“The housing sector, supported by the Help to Buy scheme, is weathering these conditions better than civil construction, but the political uncertainty caused by Brexit and the lack of government investment is weighing on everybody.

“The key problem is that the construction industry is particularly dependent on government spending to underpin the big infrastructure projects that give the sector momentum. The current political drift, encapsulated by the delays and uncertainties surrounding the HS2 project, means the industry will struggle to get itself back on its feet.

“The situation can be turned around but it will require greater clarity from the government, whoever they may be after the 12 December general election, and a willingness to commit to renewing the nation’s infrastructure.”