Everyone knows that this year has marked a significant milestone in history… 75th Anniversary of D-Day. Even Donald Trump made his way to Portsmouth to take part in this historic event and be part of the special anniversary.  This day as we know marked the anniversary of the largest land, air and sea battle to take place. 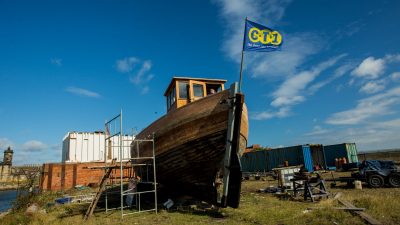 CT1, the construction sealant and adhesive, is also making waves and our own contribution to the anniversary, CT1 widely known as the sealant that can be used underwater! Can, of course, repair leaks, seal and repair in 1 product. Our infamous video which has gone viral with over 7 million views, clearly shows the strength of CT1 under water.

CT1 the Snag List Eliminator, also snagged one of the Little Ships of Dunkirk, The Willdora which made a massive splash and come back last year with the launch of the Dunkirk movie and the re-launch of herself. 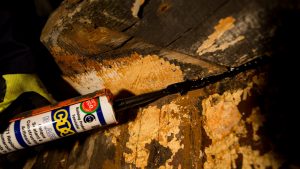 How did this happen? The Willdora was in bad need of repair, her belly was full of leaks and holes and sat in water for many years then on a dock with harsh weather conditions in Sunderland beating at her body. It was nearly impossible and beyond repair. Until The Sunderland Maritime Heritage Centre, a group of local men who worked either on the docks, on boats or a trade of some sort, rescued her.

They did some research and found out about CT1, that can seal leaks even under water! CT1 and the C-TEC product range, brought this beauty back to her seafaring destiny. Steeped in history, this Little Ship of Dunkirk saved over 200  soldiers from Dunkirk and sailed back to the UK.

This little Vessel and Ship of Dunkirk is a big part of history, and we here at CT1 were honoured to be part of such an icon. CT1 and her sister products WT1, Peeltec and Multisolve. Repaired her back to former glory, where in fact The Willdora took part in The Tall Ship Race in Sunderland 2018. Who would have thought she would make a voyage again? Making new brave achievements and history once more. 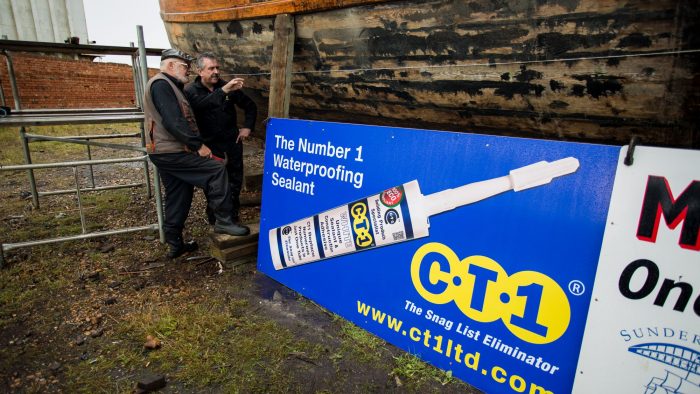 CT1 is a  unique hybrid polymer formulation, with no solvents. So not only is it the most eco-friendly sealant and adhesive, it’s the most user-friendly and healthiest choice. It doesn’t stop there of course as the Sunderland Maritime Heritage centre knew their task was a tricky one, old wood, water, salt water and harsh elements! After research thankfully they came across CT1 and we have together sailed on this journey.

CT1 seals leaks instantly and permanently. It can hold the test of time, and take all weather conditions and also replaces several products in 1. WT1 acted as a filler down below, as WT1 is a liquid membrane and was poured in her belly to be trowelled on and fill gaps and prevent water seeping in. Multsiolve helped clean the surfaces of old tar and diesel. Peeltec helped remove the old paint and allowed this little ship to get fresh-faced for her big day!

CT1 has actually been in charge of repairing and restoring many iconic pieces. Diana’s memorial fountain,  WWII Torpedo Boat, last of its kind repaired by CT1, London Eye, WW11 Bomber command memorial amongst a few!

Check it out and see our journey with The little ship of Dunkirk, The Willdora.