Stuart Crook, partner at accountancy firm Wellers, talks to us about the domestic reverse charge (DRC) rule coming into effect from 1 October 2020 and looks at how prepared the construction industry is for these changes

In its simplest form, the introduction of the domestic reverse charge rule means that contractors are liable for accounting directly to HMRC for any VAT due on certain building services, rather than the subcontractor. This will include reporting on the notional DRC tax as well as the VAT charged to customers.

The reverse charge is being implemented to prevent fraud within the construction sector – particularly instances where subcontractors issue sales invoices, which include 20% VAT, and then disappear or fold without paying the VAT due to HMRC.

When you combine this new operating method with the recent enforcement of the HMRC’s ‘Making Tax Digital’, it is a particularly hectic administrative time for construction businesses, especially those that have been more reactive than proactive to the new regulations.

Are you prepared for the domestic reverse charge?

If this is the first you have heard about the reverse charge, or you are feeling woefully unprepared for the 1 October 2020 deadline, don’t worry. You are certainly not alone. According to research released by the Federation of Master Builders in July, nearly seven in 10 (69%) of construction SMEs have not even heard of domestic reverse charge. On top of this, of those that have, more than two thirds (67%) are not prepared for the changes.

What perhaps many people don’t know is that the deadline for this implementation was due to be 1 October this year. There were many industry calls for the deadline to be pushed back, as this timeframe seemed unfeasible and unrealistic. Indeed, a coalition of the major trade bodies in the sector sent an open letter to Sajid Javid MP, stating their worries. The letter discusses their ‘serious concerns’ regarding the reverse charge VAT and explores how it will substantially increase the burden on business and restrict cashflow. On the 6 September, HMRC listened to these calls, stating that the DRC would be delayed by 12 months.

This means that the current rules are in effect until 2020, which with the UK due to leave the EU on 31 October, with a possible no-deal, make the decision rather timely for many. However, I would suggest that people don’t let this delay any preparations they were putting in place. It is better to be prepared for 1 October 2020 now, rather than rushing to comply when the rules come into play.

What are the impacts?

The impacts of the domestic reverse charge will be felt by subcontractors, contractors and their customers, each presenting their own unique set of challenges.

A major issue for subcontractors will be cashflow. The way some have operated historically is to use the VAT they charge to boost their cashflow – making use of the time lag between when payment including VAT is received from the customer and when the VAT has to be paid over to HMRC. With these new regulations in place, the subcontractor will not be charging VAT to their customer (the main contractor) so they are going to have to adjust to having less readily available cashflow and therefore operate on a tighter budget while they adjust to the changes. The subcontractors will also need to change their invoices to reflect the DRC VAT that would have been due and maintain evidence of why they have applied this treatment.

However, this move will benefit contractors in the short term, who by not paying VAT to their subcontractors, will no longer face long delays between paying VAT and recovering it. That said, contractors will need to make sure they are clued-up on the correct processes, for example checking that VAT invoices state if a service is subject to the DRC, or ensuring they are charging the correct amount of VAT for the work performed.

For the customer, the onus is on them in terms of making the contractor aware of the VAT requirements on a particular project. If the work is subject to DRC, it is the ‘end user’s’ who will have to confirm their status to make all parties aware through the transaction chain and pay the VAT.

Once the fog has lifted, and people start to adapt and adjust to the new rules, it will soon become clear that some companies’ accounting systems are increasingly underprepared for the DRC. Many businesses in the construction sector will have just implemented software to ensure the HMRC’s ‘Making Tax Digital’ (MTD) is fully incorporated, so this new legislation has the potential to cause confusion as to whether the system is both MTD and DRC compliant.

The trouble for these businesses is that when it comes to a tax return, if it is wrong, it is wrong. The HMRC will likely be light of touch with errors in the first six months, however after that it will review all its practices, going back as far as six years. This has the potential for big fines if there has been any negligence, no matter if it was on purpose or not.

There is no doubt that with the introduction of the reverse charge rule businesses will need to modify their accounting systems, as well as consider how their cashflow will be affected.

The best way for construction firms to prepare for the new DRC rules is to be informed, know their responsibilities and contact their business advisor to clarify any concerns, as well as to set a plan in place. 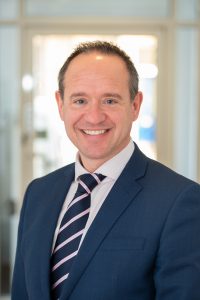