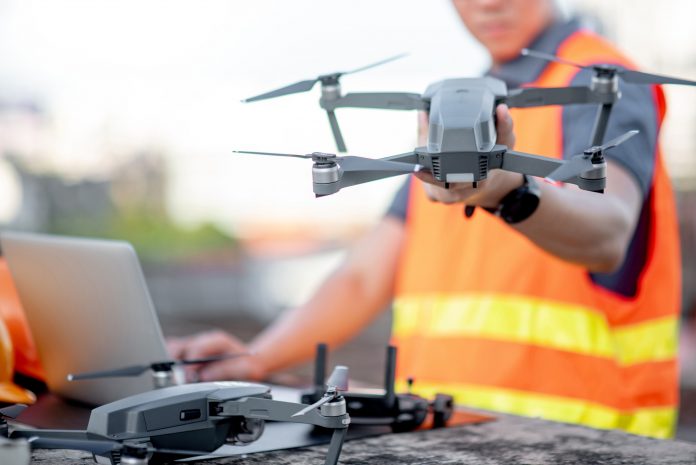 Drone technology can provide comprehensive mapping for building inspections that can spot problems early and potentially prevent serious problems. Pae Natwilai, founder of drone mapping and reporting company Trik, explains how the technology can be harnessed

As reported in October, the tragic death of a man killed by a window falling from The Corniche has raised questions about the quality of building inspection and maintenance. This is a stark and sobering example of the consequences of learning about serious maintenance issues too late.

For construction professionals and structural inspectors, it also raises the question of what strategies or technologies can be deployed to make inspection easier and more effective. One such technology making impact in this area is drone-based machine learning, which is being turned to as a solution to the issues inspectors face with large structures.

Anyone involved in major renovation or maintenance works will understand the challenges of assessing such a structure. At its most basic, these challenges are time-based. Visual inspection of a structure can take weeks or months, using scaffolding or precarious access via harness or crane. Physically sending experts into a space or scaling a building is not only time-heavy, but also expensive and often dangerous.

Unfortunately, it is not only spotting issues late that can lead to tragic accidents. Sometimes it is the process of inspection itself that results in tragedy. An extreme example of this was an incident earlier this year, where the inspection of a New York fire escape caused a step to dislodge, fall and kill a passer-by. The step became loose when the worker placed her foot on it as she was carrying out a maintenance inspection.

The only positive that could be taken from this particular incident is the fact that an inspection was being taken out at all. Most buildings are subject to no regular, full-scale inspections after they become occupied. The reasons for this lack of regularity can be attributed to just how hard it is to inspect the exterior of a building properly.

Many teams are still using traditional methods of scaffolding and mast climbers. Take the recent renovation works at Big Ben, for example. Simply assessing what works were required at this iconic landmark took months and a drone was eventually used to assess the facade that faces the water as this was the only way of assessing this part of the building. Traditional methods take a great deal of time, are prohibitively costly and also have ripple effects of blocking out surrounding areas such as pavements and roads, not to mention disturbing neighbours to the building.

Individual facets of a building may be inspected for specific known issues or to comply with regulation but these do not assess the building as a whole. Clues and signs of major issues are often lost.

It’s not even a case of patching together these individual reports that can solve the issue. Such piecemeal inspections are often the work of different individuals, across different teams – maybe even different contractors who have no visibility of each other’s assessments.

Therefore, the lack of shared knowledge around a structure can result in the missing links that make the difference between safety and hazard, or expensive repair rather than inexpensive prevention.

Of course, one of the issues of any inspection is the fallibility of the human eye. Eyeball inspections, even by the most experienced inspectors, are susceptible to mistakes, especially if they can’t see the full picture of a whole structure.

Frustrated by these issues and driven by the need for safe, fast and cost-effective structural inspection, I turned to drone technology, recognising how these simple devices could assist with initial inspection.

We are all familiar with drones capturing stunning aerial imagery and it is not a massive leap to imagine the uses of this imaging technology in structural inspection.

Rather than risk health and safety of inspectors, drones can be deployed to access structures quickly and safely. All you need is a drone and an operator.

However, the images captured by drones mean little without context or analysis. A series of individual, flat, unrelated images won’t save you any time if you must stitch them together and then visually assess them. This is where new, complementary technologies come into their own.

Drone imaging is just the first step. The next is the use of 3D mapping software that can automatically replicate a building in great detail, using the series images captured by the drone. This takes a matter of hours, with no associated scaffolding or risk to climbers – and no disturbance to occupiers or neighbours.

3D mapping software also solves the issue of disparate reports and multiple records. Teams can now collaborate on one platform, working from one model, accessing the history of a building and the timeline of inspections to pool knowledge and plan improvements.

What’s really clever, though, is how machine learning can interact with this 3D modelling to provide teams with predictive insight. With data-driven machine learning, structures can now be analysed in a way that predicts issues long before traditional inspection methods would spot a problem. The data captured in individual inspections, therefore, is put to use for the greater good, enabling systems to recognise minute changes in a structure and make a prediction about how those changes may result in maintenance needs.

With less invasive and cost-efficient ways to inspect building by drone all medium and high-rise building should be subject to frequent inspection. And with AI enabling a view of how the building changes over time, predicting problems before they become critical makes commercial sense.

If a building is properly maintained, the total cost of repair and maintenance falls and the life of the building can be stretched by at least five to 10 years.

Due to the low cost and quick deployment of drone solutions, it will become possible to conduct regular maintenance inspections in vastly greater detail than ever before. Where such inspections may have once been considered on a five-yearly basis, we can now consider them yearly or even six-monthly must-dos.

Companies including National Rail, AIG and Murphy are already using Trik’s solution to great success. As data-driven technologies have developed in the last few years, it has become clear that drone technologies matched with powerful data analytics could be a game-changer for inspection. This isn’t just a matter of money-saving. As recent events have shown, it’s imperative that we harness the latest inspection technologies and explore their potential in order to save lives. 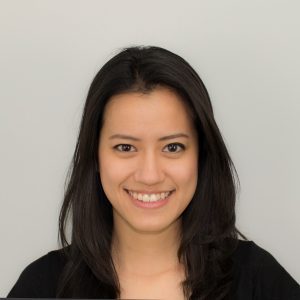