The Government must invest £12.8bn a year to finally end the housing crisis in England, according to new research by the National Housing Federation

Over ten years, this investment would kick start a nationwide housebuilding programme of around 1.45 million social homes to rent and shared ownership properties to buy across the country, according to the new research.

A coalition of leading housing groups and charities is calling for the government to make this significant investment in ending the housing crisis. This includes the National Housing Federation, Shelter, Crisis, CPRE, and the Chartered Institute of Housing.

By investing £12.8bn per year, in today’s prices, they argue that Government would take spending levels back to those last seen under Churchill’s government in the early 1950s, when enough homes were being built to meet the country’s needs.

The coalition argues that a stimulus from the Government is the only way to solve the housing crisis, since the private market alone cannot build the quantities or types of homes the country needs.

Over the course of ten years, this Government investment would amount to £146bn, including inflation. This would cover about 44% of the total cost of this construction boom, unlocking the rest of the money which can then be raised from other sources.

The research also finds that investing in new homes would add £120bn to the economy each year, through the creation of local jobs in construction and other industries across the country. Effectively, every pound spent by the Government would generate at least £5, boosting the economy in a balanced and sustainable way.

This new financial modelling is based on research, conducted by Heriot-Watt University for the National Housing Federation and the homelessness charity Crisis, which showed that England needs to build 145,000 social homes every year for the next decade to both clear the current backlog of people who need a home and meet future demand.

Last year the Government spent £1.27bn on affordable housing, making housing one of the smallest government budgets, down 70% on 2010 levels.

Kate Henderson, chief executive of the National Housing Federation, said: “The housing crisis is an economic, social and human catastrophe. But it can be solved. And now, for the first time, we know exactly how much it will cost. By investing £12.8bn in affordable housing every year for the next decade, the Government can ensure millions of people have a stable and affordable place to live, at the same time as strengthening the economy across the country.

“By investing this money in affordable housing at the upcoming spending review, the Government can help families all across the country to flourish. They can help children get out of poverty, give young voters a foot up on the housing ladder and help out private renters who have to empty their bank account every month.

“As well as being the right thing to do, investing to end the housing crisis also carries huge economic benefits. It will advance the country’s productivity, boost its economic growth and lower the benefit bill over time.”

You can view the full report here. 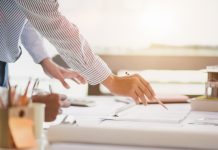