Unite, the UK’s construction union is launching a campaign to end the mistreatment of the High Speed 2 construction workers

Construction workers, working on the CSJV section of the project are being routinely denied direct employment and forced to operate via exploitative payroll and umbrella companies.

This way of employing workers simply adds to the cost as the payroll/umbrella company has to be paid, in most cases this results in a deduction from the workers’ wages or a lower rate of pay.

The Costain–Skanska Joint Venture has created a culture of fear and secrecy on the project by banning Unite from having normal access to the workforce during their breaks. This policy effectively ensures workers are unable to raise concerns about, safety, pay, conditions, welfare facilities, blacklisting and bullying. This fear is reinforced by the use of an umbrella company which is designed to remove or reduce the workers’ rights.

Of particular concern, is that the CSJV are paying a labour supplier called Bowercross Construction Ltd to recruit and employ workers on the site. Unite has established that Bowercross does not appear to have any of its own workers to bring onto site or the ability to recruit new workers. It is therefore forced to use an employment agency to find the required labour, something that it is being paid to do.

Once recruited the workers are then required by the agency to sign up to be paid via an umbrella company. It is not clear how the umbrella/payroll company is paid, whether it is by a deduction from the workers’ wages or money is deducted before the workers’ wages are calculated.

Unite national officer for construction Jerry Swain said: “HS2 is one of the most high profile construction projects in the UK and there is an agreement between the unions and HS2 that outlaws these types of sharp practices.

“It would be reasonable to expect that HS2’s management, would want to ensure that first class workers’ rights exist on this project and as a minimum uphold the agreement they signed.

“HS2 need to take action against the likes of CSJV, who have made it clear to me that they care little for their clients wishes and even less for workers’ rights.

“By barring union officials from speaking to workers during their breaks the question needs to be asked what have the management of CSJV got to hide? I suspect quite a bit from the reports I am receiving.

“CSJV’s reliance on labour supplier Bowercross, which doesn’t have any workers, is the construction industry’s equivalent of awarding a cross channel ferry contract to a company without any ships, who in their right mind would do that.

“It is reprehensible that the Costain-Skanska Joint Venture sees nothing wrong with workers being routinely exploited via umbrella companies on this landmark project. It is not as if this is going on behind their back, they are openly supportive of Bowercross and their practices.

“In an industry which still has the stench of blacklisting hanging over it and none more so than Skanska who were exposed as one of the biggest blacklisting companies in the United Kingdom, it is essential to allow workers to speak freely to union officials, this is the only way to ensure that dangerous and dishonest practices don’t flourish and fester.

“Today is the start of our campaign and those companies that spent decades destroying the lives of construction workers with their blacklist and unsafe practices need to learn that those days are over, Unite is not going away.”

Following the initial CSJV demonstration, Unite will now be extending its campaign across all of HS2’s sites and extending the campaign industrially, politically and internationally. 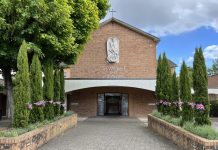