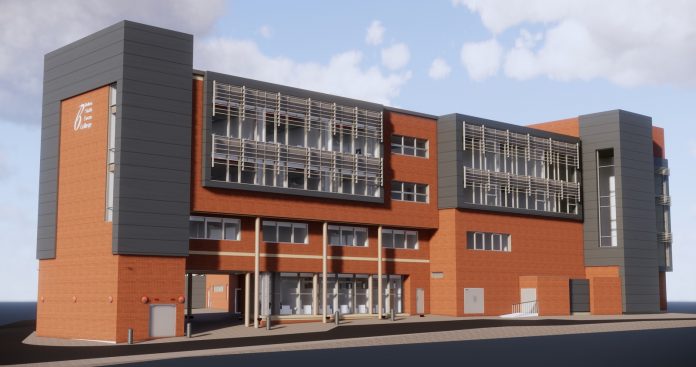 The extension, which includes study areas, as well as teaching, office and refectory spaces. The contract for the construction project was won by Seddon, which delivered previous projects for the college, including a student refectory extension in 2013.

Designs for the building were drawn up by Manchester-based 10 Architects, with structural works designed by WML Consulting and mechanical and engineering services completed by Waterman Group Limited.

Internal alterations and refurbishment to the original building started on site in early July, while work on the new build extension will begin at the end of this month.

The second phase of alterations and the connection of the new extension to the original building will be undertaken in summer 2020, with the entire project due for completion that autumn.

Work on the extension will be completed during term time, with minimum disruption expected for Bolton Sixth Form College students and staff.

Ed Wootton, regional director at Seddon, said: “This extension will provide an already excellent college with much-needed facilities that will enrich the lives of both students and staff.

“With room for another 230 students, we’re excited to deliver a project which will make a real difference to the learning experience of young people in Bolton.”

Lesley Hart, deputy principal at Bolton Sixth Form College, said: “I am delighted that Seddon was awarded the contract. It is a local company that I have previously worked with and I was extremely happy with the extension completed in 2013.