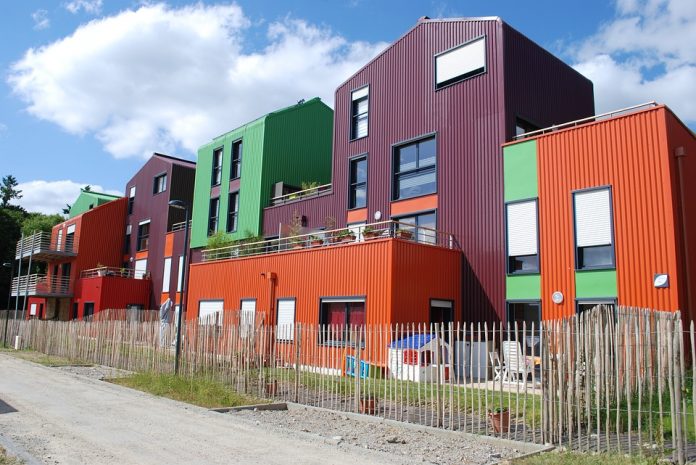 House prices continue to rise as building rates fail to keep pace with demand. But are we making a bigger deal of the housing crisis that we need to? Jonathan Bulmer of Cleveland Containers discusses four steps that could be taken right now to help tackle the problem

In 2017, 184,000 homes were built in England – the highest amount since 2008 – and Theresa May announced she was committed to making “the British dream a reality by reigniting home ownership in Britain once again”.

Yet, with house prices rising at the fastest annual pace in 10 months during January, according to Nationwide, and research from thinktank the Resolution Foundation revealing that up to a third of millennials will never be homeowners, it’s clear there is still a crisis in this country.

However, are we making a bigger deal out of this than we need to? Here are four ways the UK’s housing crisis could be solved.

Sure, new housing estates are being built across the UK, but drive past them and you’ll often find rows of mock-Georgian style houses or four-bedroom townhouses that are totally out of reach for the first-time buyer.

While new houses are being built, if they’re too expensive then they won’t help to solve the current housing crisis.

Instead, the government should focus on building more affordable, modest homes that the first-time buyer can realistically save a deposit for: think two- or three-bedroom terrace houses or semidetached.

By building affordable houses, millennials are provided with a glimmer of hope that getting a foot on the property ladder is on the horizon, making it a step in the right direction to solving the housing crisis.

One city where the housing crisis is becoming increasingly apparent is Manchester. Hailed by Deloitte as one of the fastest-growing cities in Europe, of the 61 residential developments (consisting of 14,667 flats and houses) the council granted permission to in 2016-2017, not a single one of them were deemed to be “affordable”.

In 2016, 50,000 people lived in Manchester city centre, and it’s expected to reach 80,000 by 2024. When you see the skyline constantly changing with an increase in high-rise flats, you’d assume that the city is catering to the demand. Yet, if you look closer, you’ll soon realise that for the first-time buyer, these flats are out of reach.

Much of the accommodation in Manchester city centre bars first-time buyers, clearly stating “investors only”. When you consider the fact that the average rent of a two-bed city centre flat is £1,100 a month (before bills), for many millennials it would make sense to house share or live with their parents to save a deposit… except even when they have the money, it’s deemed “not good enough”.

One way to help solve the housing crisis in major UK cities is to stop many new developments from being bought by investors only. Instead, a mix of buy-to-let and first-time buyers makes much more sense in order to cope with demand. 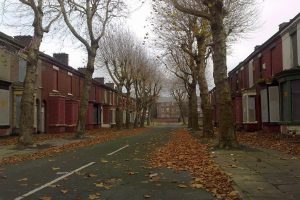 Some people who can’t afford to get their foot on the traditional property ladder due to the housing crisis are looking at alternative means. Boats, shipping containers and sheds are just a few of the options for affordable accommodation.

However, for this to be viable in the future, we need to get rid of the stigma attached – especially when it comes to containers and sheds as, according to YouGov research for Home Group, 70% of people identify them as modular homes, and 41% of people assume they are less durable than traditional builds.

So, what is actually a low-cost solution to the housing problem is currently being overlooked due to untrue assumptions – yet there are homes all over the world that are built from shipping containers, and they are more cost-effective than traditional builds.

In fact, they can also help with the homelessness crisis this country faces. In Bristol, containers are being converted into liveable homes for homeless people to move into by the social enterprise Help Bristol’s Homeless. It’s a similar story in London, too, with one project in Ealing taking 290 people off the streets, giving them a safe place to stay.

This is sure to be a controversial point but the fact is, there is a distinct lack of homes compared to demand, and more need to be built.

Green belt refers to areas of land that stop our countryside from being spoilt, and our cities from being too spoilt. While there should definitely be areas protected from new developments being built, when you consider the fact that more of Surrey is covered in golf courses than houses, and Greater London’s green belt land could accommodate 1.6m houses, then there is an issue at hand.

To solve the housing crisis, demand needs to be met and that means identifying suitable areas where new – and affordable – housing can be built.

To conclude, there are 28m houses and flats in the UK, and to meet the growth of demand, we need to build a minimum of 300,000 new houses every single year. There are numerous ways in which we can tackle the housing crisis to meet demand, combat homelessness and help first-time buyers get their foot on the property ladder.