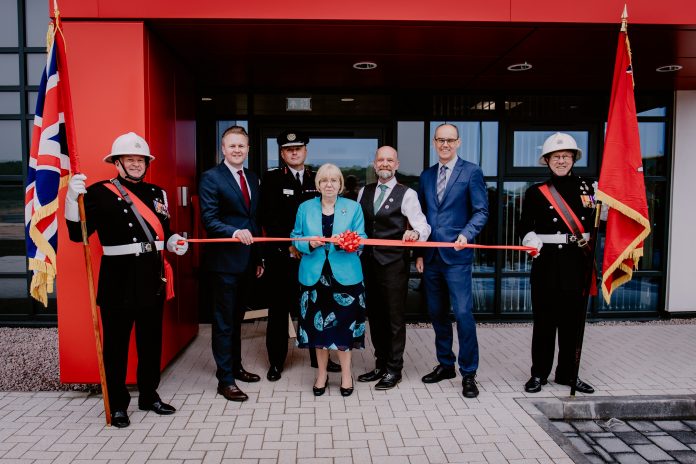 G F Tomlinson has recently completed works on the new Nottinghamshire fire station, with an opening ceremony to mark the completion

The fire station was formally opened by representatives from Nottinghamshire County Council including Councillor Michael Payne, chair of the fire authority, and Councillor Sybil Fielding, fire authority member and councillor for Worksop West.

Plans for the new Nottinghamshire fire station were submitted by Nottinghamshire Fire and Rescue Service at the beginning of last year and approved by Bassetlaw District Council. The new station forms part of the wider Vesuvius development which aims to become the prime industrial and business location in Worksop, with a mix of light industrial units, food and drinks outlets and office spaces planned, the first phase of which completed last summer.

The new Nottingham Fire Station was built with the latest renewable technology, the new fire station has the capacity to self-generate up to 50% of its energy consumption. The building comprises of meeting rooms, offices, fire engine bays and a gymnasium for firefighters. An external three-storey training tower and compound store has also been built, as well as new car parking spaces and external landscaping. 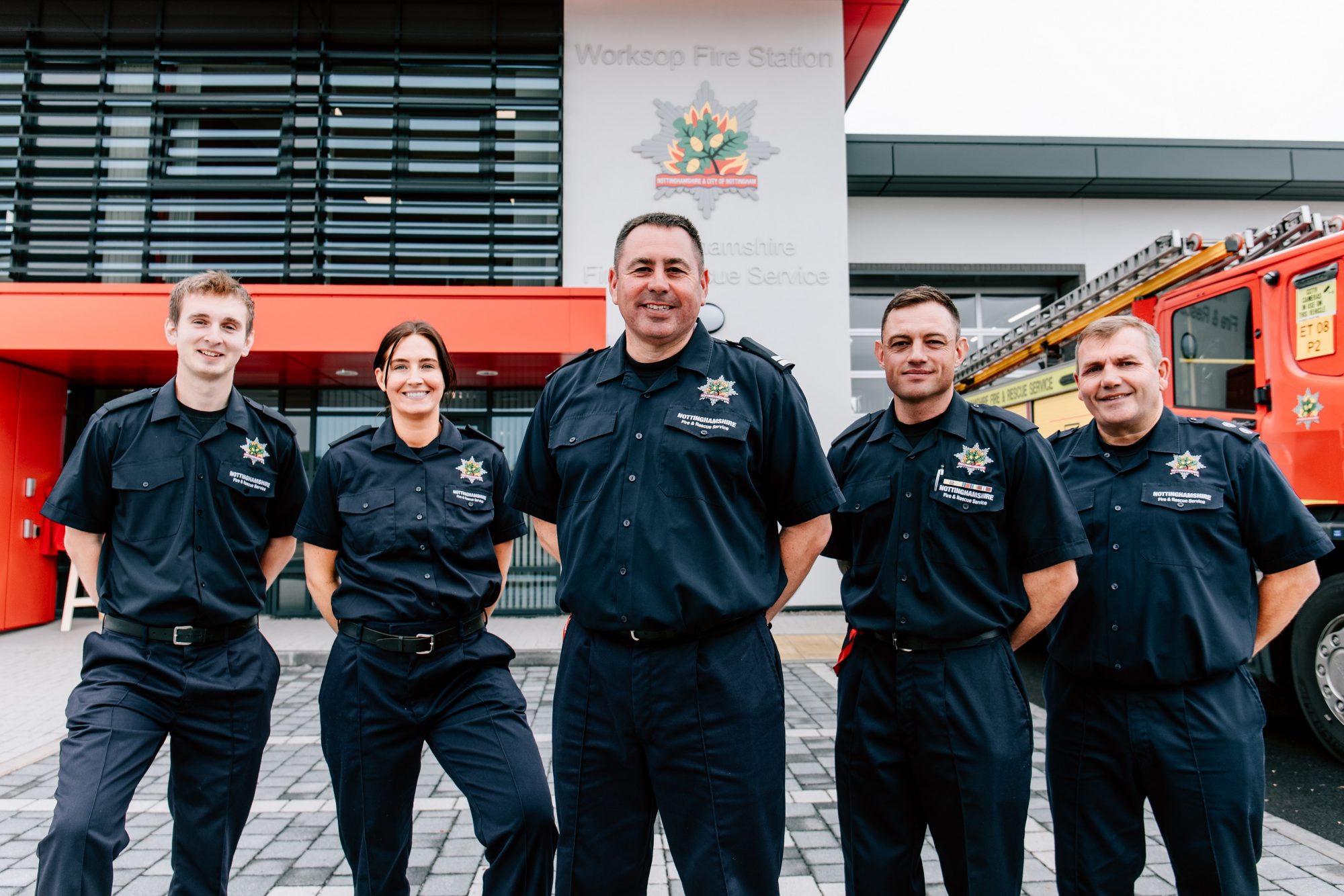 Kevin Dodds, construction director at G F Tomlinson, commented: “We really enjoyed attending the opening ceremony of this impressive new facility. It has been a real pleasure working collaboratively alongside Nottingham Fire & Rescue Service and their consultant team to successfully deliver this vital service for the local community.

“The fire station itself is completely state-of-the-art meaning that it is not only incredibly energy efficient, but it provides the best possible facilities for firefighters to carry out their critical work and serve the surrounding Bassetlaw community. This project represents a huge investment for the local area and we are thrilled with the final result.”

Terry Scott, head of procurement and resources at Nottinghamshire Fire and Rescue Service, added: “I am very proud to be a part of the opening of this state-of-the-art new fire station, which is now our “flagship” property within the Estate.

“We have provided a fantastic working environment for our staff to best serve the local community of Worksop and the wider Nottinghamshire County. I would like to thank the whole project team on what has been a very successful project.”