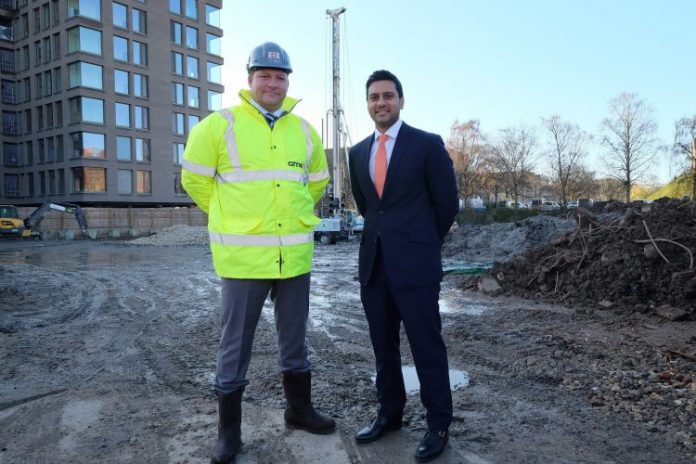 The Hilton York Piccadilly hotel is situated in the Castle Gateway district of the city, and, together with neighbouring streets, has been identified by the York City Council as an area for major regeneration and redevelopment.

Construction work on the £25m project is due for completion in the first quarter of 2021.

In addition to its 143 guest bedrooms, the hotel site will also include eight luxury private residences all enjoying uninterrupted views of Clifford’s Tower, going on sale in late 2020.

The scheme is designed to the latest BREEAM standards and will boast cycle parking bays and a number of electric vehicle charging points.

A detailed and complementary landscape design acknowledges the sensitive nature of its surroundings – something guests can enjoy from the hotel’s terrace that overlooks Clifford’s Tower.

This new development is expected to create 50 full and part-time jobs.

Lee Powell, GMI Divisional’s managing director, said: “We are very pleased to be appointed by Avantis to deliver this major new hotel development and to play a role in the regeneration of York’s Piccadilly district.

“This project is the second major hotel development that GMI have been entrusted to deliver this year following the completion and handover of the stunning new 137-bedroom luxury Dakota Hotel development in Manchester in June.

“Once completed this new hotel will be the 11th hotel project delivered to date by GMI for high profile customers including The Dakota Group, Premier Inn, Travelodge, IBIS Styles and Millennium & Copthorne in prime city centre locations across the Midlands and North.

Ravi Majithia, Avantis Hotels’ development director, commented: “Our design team, many of whom are local professionals, have worked closely with the city planners to ensure the hotel’s design is not only sympathetic to its surroundings, but one that brings real benefits to the environment.

“We are excited to bring Hampton by Hilton York Piccadilly to the city. We selected a great creative design team and highly capable contractor with a proven track record of delivering major hotel developments across the north of England, including Leeds and Manchester.

“Avantis has a long-term interest in the growing success of York’s local economy and this investment demonstrates our confidence in its strength. It is a wonderful city and we are privileged to play our part in York City Council’s plans to reinvigorate and revitalise Piccadilly.”