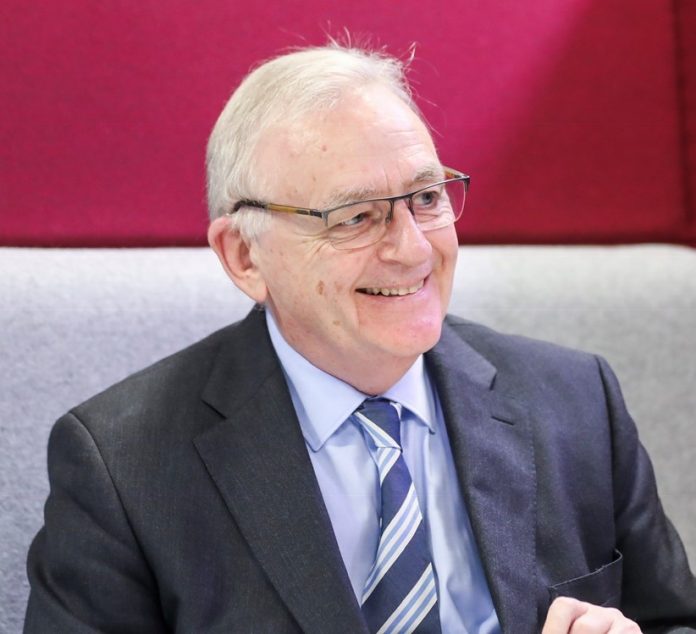 Peter Bill, author of Broken Homes and a former housebuilder, explores why commonly accepted solutions to fix the housing crisis just won’t work, and offers up his own suggestions that defy conventional wisdom

Rodding the planning drains may improve the flow of applications. But reforms proposed in the ‘Planning for the Future’ consultation, which ends on 29 October, will barely impact the flow of new homes. “The people of this country will get the homes we need in the places we want to live, at prices we can afford,” said Boris Johnson last year when introducing mandatory targets already being reshaped by political realities. A deceit uttered on behalf of all Prime Ministers since 1980, when council housebuilding largely stopped.

A ‘factoid’ is an item of unreliable information repeated so often it becomes accepted as fact. No, you can’t see the Great Wall of China from the Moon. Vikings did not wear horns on their helmets. Suggesting the state can control housing numbers by boosting the number of available acres is nonsense. Housebuilders today control the supply valve. They twist the wheel open or shut with an eye to the economy. Output is yoked to the economic cycle, not to the number of acres zoned by councils.

Three further factoids circle Planet Housing. One: not enough homes are being built. Household formation figures from ONS show 170,000 homes, not 300,000, are needed each year until 2040. The crisis is one of affordability, not supply. Two: prices will fall if more homes are built. No. Adding 300,000 rather than 200,000 homes to a stock of 24.4 million will not cause price falls. New house prices are yoked to old house prices. Today’s house prices are yoked to the low cost of money. That is why they went up 13% last year.

The final factoid that needs zapping is that Modern Methods of Construction (MMC) will somehow help ‘solve Britain’s housing crisis’ by allowing homes to be built faster, cheaper and fault-free. These three things are true, taken in isolation. The first is questionable. Build rates are dictated by sales, not how fast they can be erected. Look up the Sales Per Outlet Per Week (SPOW) rate of all the top builders; their entire model is based on sales of less than one per week.

‘Cheaper’ is a not yet proven fact for MMC. It will come, of course. Most new homes will end up at least partially prefabricated.  Those whose systems can keep the rain out and beat ‘Murphy’s Law’ – what can go wrong on site will eventually go wrong – will prosper. The ‘fault-free’ bonus will be a boon to both the builder and occupier. But those of us who worked on-site between the 1960’s and 1980’s fear MMC is the width of a missing damp proof membrane from ugly publicity, which will damn both good and bad systems.

I spent 12-months writing Broken Homes. My co-author, Jackie Sadek is a former advisor to government and now a developer. We spoke with former Conservative and Labour housing ministers, housebuilders, built-to-rent specialists and many in the social housing sector. Conclusion: The main fault is political; untested solutions promoted by partisan think tanks are adopted by housing ministers looking for a quick hit during their short term in office.

“How the government seeks to reach a collective agreement on these things can be completely dysfunctional,’ admits former housing minister, Lord Barwell. Another former housing minister, Mark Prisk, says “It’s partly the appetite of the 24-hour press and politicians want to be seen doing something new. It’s not good enough to be doing what the previous minister was doing or doing it better or quicker. There’s always a demand for “something must be done” policies.”

Forget housing numbers. They will be taken care of by the economy, not politics.  An ‘eye-of-the-beholder’ concept of beauty is to be introduced. A new design quango has been set up carry the concept into planning law. The on-the-ground effect will be a set of national design codes that each council will be allowed to interpret to suit local conditions.  Nice idea. The core fix suggested in Broken Homes is that this airy-fairy concept needs underpinning with mandatory space and density standards.

Our main fix is based on the tenet ‘everyone deserves better:’ Those we call ‘the Ghosts in the Machine’ suffer brutal disregard. Not as customers, or renters. More, in absentia, as human beings. Living lives that are expected to fit rather than form the mould. Space standards are as they were 100 years ago. Density levels have soared. Between 1996 and 2011 average density jumped from 25 to 42 per hectare. Offerings of ‘quality’ which deliberately omit quantity are greenwash.

Theresa May became convinced. In June 2019, while still PM, she said; ‘I want to see an end to the era of too-small homes that keep the housing numbers ticking over but are barely fit for modern family life.’ Boris also pushed for Parker-Morris + 10% – when Mayor of London. ‘Lock the door to land speculators and just do it’ is the view of Jackie Sadek, who says Boris should up the ante on space to Parker Morris + 25%.