The government recently published a policy paper, Planning for the Future, setting out its proposals “to establish a planning system that works for the next century”. Much of the paper makes the same vague promises as governments of all stripes have made over the last 40 years: we will speed up the system, we will deliver more houses, we will ensure brownfield not greenfield sites are prioritised, we will ensure people’s voices are heard etc.

However, the paper also contains some very interesting proposals which, if they can be successfully implemented, might just achieve some of the big promises. Here are our top ten takeaways:

It has long been a source of frustration among developers that not all local authorities yet have up-to-date plans – despite the “new” plan system being introduced in 2004. Secretary of state for housing, communities and local government Robert Jenrick has shown his willingness to intervene in the plan-making process using his existing powers – witness his actions in relation to South Oxfordshire’s and now the Mayor of London’s plan. LPAs who don’t yet have an up-to-date plan take note!

The NPPF “will expand on the fundamental principles of good design to define what is expected of local authorities and developers to support the creation of beautiful places”. The paper is short on detail on how it will do this but it also says that the government will respond to the Building Better, Building Beautiful Commission’s recent report so we think we can anticipate that report to form the basis of the promised revisions.

The paper promises a new planning fee structure “to ensure that planning authorities are properly resourced to improve the speed and quality of decisions”. Many planning professionals, ourselves included, have been saying for a long time that the main problem planning authorities have is resourcing. This proposal is therefore to be welcomed. But the fees will need to be ringfenced for use by the planning department rather than disappearing into an undifferentiated council-wide pot from which the planning service does not benefit.

Automatic rebates where planning applications are successful at appeal

We expect this will be a popular idea among developers, who will expect LPAs to think twice before refusing applications. However, the costs of major appeals often greatly exceed the planning application fee. Even if these are to be greatly increased, this is still likely to be the case. The likelihood of incurring very significant costs – even potentially paying the appellant’s costs in addition – rarely seems to deter council members from refusing applications.

The paper confirms what we already knew: that from 2020 the threshold is to be increased from 45% to 75%. This means that if an LPA fails to deliver at least 75% of its annual target number of homes, the presumption in favour of development that complies with the NPPF will apply to applications in the LPA’s area – even where the local plan does not support such development.

Up, Up or Demolish

Two funds are proposed (one of £1.1bn and a longer-term one of £10bn) to help local authorities to provide “transport, utilities, digital connectivity and community services like schools and hospitals” early so that new developments do not put a strain on local services.

Review of policy for building in areas at risk of flooding

No doubt stung by recent floods, the government says it will “assess whether current [flood safeguarding] protections in the NPPF are enough and consider options for further reform”. Again, short on detail but we really need to stop building areas at risk of flooding.

From 2025, the Future Homes Standard will require up to 80% lower carbon emissions for all new homes. From a climate change adaptation point of view, this is to be welcomed but it remains to be seen what impact this would have on build costs and therefore sale prices. It will do no good if new-build houses become less affordable to large swathes of the population.

Backing for the Oxford-Cambridge Arc:

There had been some uncertainty as to whether the government was going to back these proposals but the paper provides support for the concept of a “world-leading green growth corridor with high-productivity jobs and environmentally-friendly developments (although it would appear that the previously proposed Oxford-Cambridge expressway has been abandoned). A Spatial Framework is proposed with up to four new Development Corporations along the route to facilitate delivery.

A “bold and ambitious” Planning White Paper with “creative solutions” to put some flesh on the bones is promised in the Spring. Watch this space! 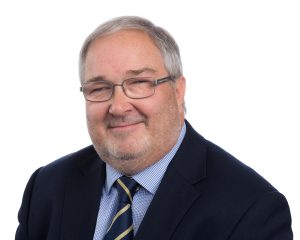 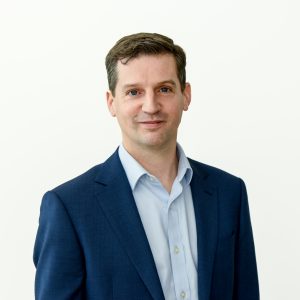