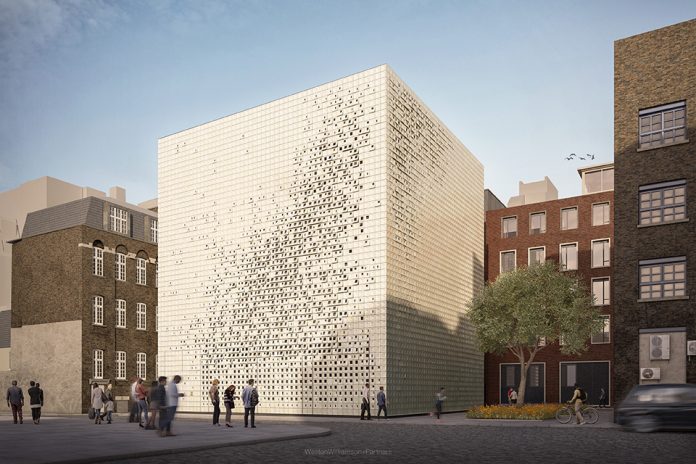 HS2 has released images of its proposed replacement London Underground substation and vent shaft at Euston, the first major structure to be built as part of the transformation of the station

Clad with more than 13,000 glazed ivory white tiles, the contemporary design draws inspiration from historic London Underground stations, and will help to reflect light into the surrounding streets.

The glazed terracotta tiles – known as faience tiles – were also used extensively on the façade of the old vent shaft building, as well as many historic London Underground stations, such as South Kensington, Great Portland Street and Covent Garden. It is robust, durable and low maintenance, making it ideal for functional buildings.

A pattern of perforated tiles will allow air into the building and variate the façade.

The use of tiles also echoes the traditional practice of cladding the back of tall buildings with glazed white tiles to bring light into courtyards and confined spaces.

Designed by architects Weston Williamson + Partners, with William Matthews Associates, the 4 storey high cube will contain a substation for London Underground and UK Power Networks as well as a vent shaft for the Northern line.

The building will replace an existing vent shaft which will be removed once the new vent shaft is up and running. This is to make way for 6 new platforms and a new concourse at Euston due to open in 2026.

HS2’s London Programme Director, Rob Carr, said: “HS2 will transform Euston, more than doubling the number of seats out of the station during peak hours and improving journeys for millions of people every year as well as unlocking opportunities for new homes, shops and employment around the wider area.

“The new vent shaft will be one of the first things we build and it’s important we get it right. I hope this intriguing, functional and contemporary design will be welcomed by all those who live, work and travel through Euston.”

Weston Williamson + Partners Managing Partner, Philip Breese, said: “The new Euston vent shaft will be an important building in the reconfiguration of the public spaces around the HS2 station.

“The imaginative cladding design has been developed to respond to the technical requirements of the structure and its position in an existing and part emerging townscape. The use of faience tiles aims to bring a human scale, reflect light and allow the shaft to breathe.”

The new vent shaft will be on Stephenson Way, a small street behind the Euston Road, on the site of Wolfson House, a former UCL building, currently being demolished. Tunnels will link it to the Northern line below.

The plans have been submitted to the London Borough of Camden, the local planning authority, for approval under Schedule 17 of the HS2 Act. The vent shaft will be built by HS2, before being handed over to the London Underground. 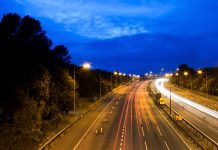