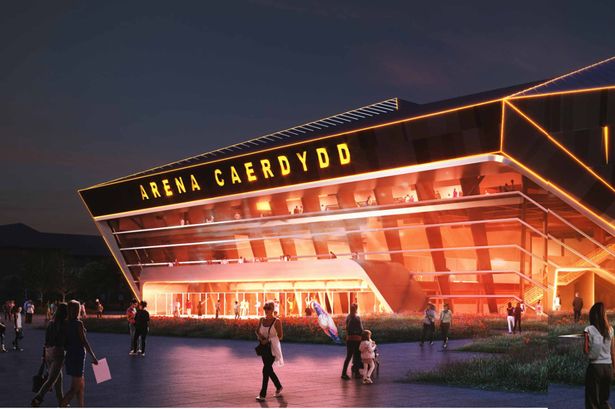 A consortium, containing Live Nation and Robertson, has secured a contract to deliver a new 15,000-capacity indoor arena in Cardiff Bay

The new indoor arena in Cardiff Bay will cost around £150m to build and will attract more than one million visitors and an estimated £100m into the local economy every year.

It will also deliver over 2,000 new jobs for local people during its three-year build programme and, once up and running, another 1,000 direct jobs and a further 600 jobs supported in the local economy.

Since December last year, the council has progressed a procurement process to secure a private-sector partner and received two offers to deliver a top tier indoor arena in Cardiff Bay that will enable events of all sizes to be hosted in the city.

A major catalyst for the regeneration of Cardiff Bay

“We believe the new arena will have a similar impact on Cardiff Bay, as St David’s 2 had on the city centre.

“It will act as a major catalyst for the next-phase regeneration of Cardiff Bay delivering new jobs and opportunities where they are most needed.

“It will also help with the case to improve public transport links to Cardiff Bay and will provide the impetus for a complete re-imagining of the Red Dragon Centre area.

“It’s an incredibly exciting opportunity for Cardiff, especially as we look to emerge from the economic damage of the pandemic.”

Thomas added: “I know there will be voices asking “how can the council afford to be involved in a project like this at this time”, that’s why it’s important they know that this is a private-sector led proposal which the council is supporting.

“That means the private sector will be covering the lion’s share of the costs and taking the vast majority of risk associated with delivering this project.

“The council’s capital commitment will be less than 15% and could be significantly lower by the end of the process, and instead we will use the strength of our covenant to enable our partner to access funding at a more affordable rate.”

Cardiff Council’s cabinet has approved a report which authorises the preparation of the final detailed designs and costs before entering into a development contract in the summer.

‘Communities to benefit from job opportunities’

Cabinet member for investment and development, councillor Russell Goodway, added: “The Arena will be located in close proximity to many of Cardiff’s most disadvantaged communities and we want those communities to benefit from the job opportunities which will become available.

“The council has secured commitments that jobs and training will be available for local people throughout the construction of the arena and also when it is open for business.

“There will be a key focus on helping the unemployed into work and engaging school leavers through new entrant, apprenticeship and graduate employment opportunities.

The new indoor arena in Cardiff Bay will also have a strong focus on sustainability and will aim to become one of the greenest venues of its type in the UK.

Initially, it will benefit from low-carbon heat produced through the planned District Heat Network and further work will be undertaken to achieve the aim of a net-zero carbon development across the wider Atlantic Wharf regeneration area.